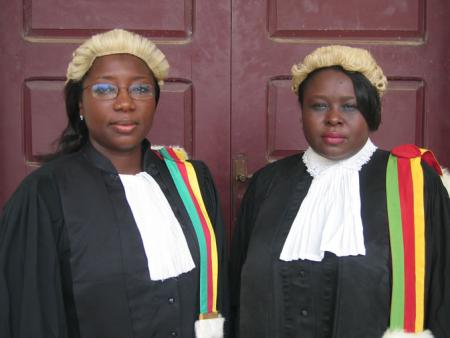 Legal Eagles: The Peabody Award-winning film "Sisters in Law" looks at sisters who ensure and defend women's rights in Cameroon.

The full list of 2007 George Foster Peabody Award winners was released on April 2. The winners include films such as Taxi to the Dark Side and To Die in Jerusalem, as well as popular television programs such as Dexter, 30 Rock, and Project Runway.

The awards have been handed out to broadcasters every year since 1941, and are administered by the Grady College of Journalism and Mass Communication at the University of Georgia.