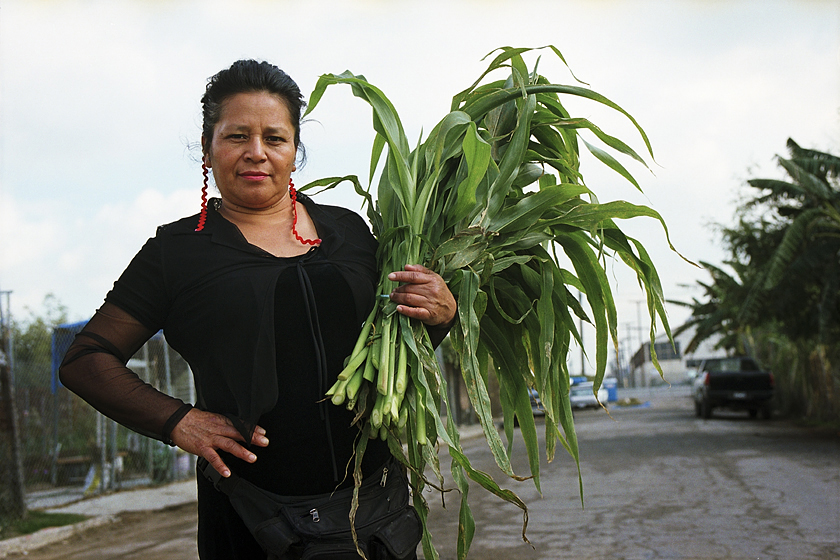 In this age of instant messages, blogs, and Twitter, information travels fast. So does misinformation. That’s why the Independent is thrilled to introduce yet another remedy from longtime contributor Fernanda Rossi, aka the Documentary Doctor. Her new column, “Story Strategies: Debunking the Myths of Storytelling” will do exactly that — debunk the myths, misconceptions, and hearsay of documentary storytelling. As readers know, Rossi will infuse her more than 10 years of research and the hands-on doctoring of 300+ docs-in-progress to challenge why we believe what we believe — even when it hurts our films.

You might have heard the conflict predicament uttered with different levels of conviction by funders, investors, and distributors. Or, at times, repeated by some self-appointed dramatic conflict police officer — often a well-intended yet misguided filmmaker that searches for answers to their story structure conundrums in screenwriting textbooks, or worse, documentary books and articles that were based on screenwriting books!

If you haven’t heard it in those exact words, variations include demands about acts, characters, and climax. In answer to that, you might panic because you can’t articulate the conflict of your doc. Or you might swallow hard because you know all too well that it has no dramatic conflict — not yet, not ever.

No reason to fret, it’s just a half-true verdict that has remained unexamined for too long. Time to reconsider!

There is no hard data to demonstrate the precise moment at which the myth took on a life of its own. Some speculation and anecdotal evidence points to three concurrent events that together gave birth and validation to this myth:

First, it’s the United States of America we’re talking about. Hollywood reigns supreme. For better or worse, it marks the tendency of the predominant model for storytelling. Three acts, a conflict, a hero, a villain — you get the picture (and please excuse the simplification). Therefore schools, workshops, trade publications and the like would further the Gospel of What Brings in the Money. But why would a documentary filmmaker care about fiction storytelling models? Well…

Some time around the creation of cable TV, the need to fill channels and hours of programming put some extra pressure on their acquisition and development departments. The word conflict, or hook, or more recently just story, started to equate with entertainment, i.e. marketable, even for documentaries and factual programs. Everything else was considered boring or too highbrow or not sellable. And in a free market of supply and demand, the demand won. Filmmakers would do their best to fit their square film in the round peg of Hollywood storytelling.

At the same time, digital technology entered the scene. Suddenly filmmakers were shooting a little more than the customary 30 or 40 hours of 16mm. With an average of 100-150 hours of footage, filmmakers could afford to wait for that apparently valuable conflict to happen, if it ever did.

By chance or by choice, documentary storytelling started to be ruled by a new master.

Any truth to it?

The 2009 Oscar-nominated The Garden by Scott Hamilton Kennedy, which I had the pleasure to doctor, is a fine example of a conflict-driven story. Past Oscar winners were not so conflict-driven. They fared well financially and critically nonetheless, whether it involved penguins, passion for guns, or Indian children. Let’s rewind a few decades to the masters of documentary-making…and alas, no dramatic conflict anywhere to be seen; characters, yes; conflictive issues, yes; two opposing forces, ah-ha.

Conflict-driven stories do exist and do work. They are a minority.

Nothing wrong with following a conflict-driven model when, and that’s a huge when, the story naturally has a conflict. The problem arises when you, dear filmmaker, feel you must have a conflict or force one into the film, or—gasp!—create one. Furthermore, when the shoot never ends in the hopes that some dramatic conflict will manifest itself, or the editing stalls because of a supposed lack of structure, then the myth stops being inoffensive heresy and becomes a vicious force to be reckoned with.

If your story is not of the David and Goliath type, rest assured that 100 years of documentary filmmaking without dramatic conflict can’t possibly be wrong. There are many ways to tell a story and many story elements to consider. “No conflict” doesn’t mean “boring essay.” It means asking further questions about what will sustain the story. There are arcs to climb, suspense to build and a tight balance among all story elements at play, all of them, not just the conflict if there was any. There is also identification and rooting, curiosity and interest. True you might need more knowledge of the craft to make a story work without a conflict, since a model that’s not being bombarded to you from every media outlet may not come as second nature.

And you might want to consider the person you’re pitching to, he or she might have equal struggle to bridge the gap between those two worlds. Therefore when asked what’s the conflict of your film, smile with confidence and say, “Let me tell you all the issues at stake in my story.”

Ultimately some might want to be entertained, but we all want to be engaged and for that you don’t need a dramatic conflict.

Maybe the documentary form is too broad and it’s time to be more specific about genres to avoid confusion. Maybe it’s time to become less lax about terminology and case scenarios, backing up arguments with data instead of validating opinions with a salary, a title or an award.

In all cases, may filmmakers make their films by choice rather than by default.

Other information: The Doc will be lecturing in London, UK and Sofia, Bulgaria at the SunnySide of the Doc Rendezvous in March. For details check www.documentarydoctor.com