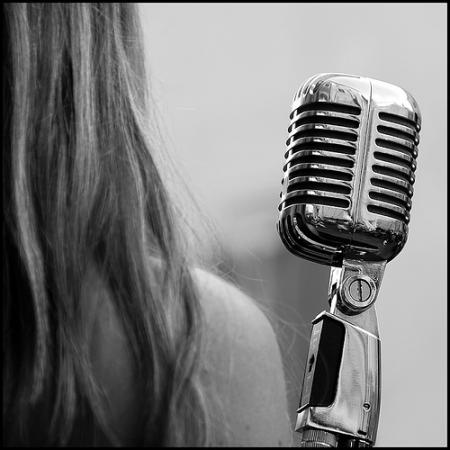 The use of narration is an oft-debated topic in documentary filmmaking. (Photo by brtsergio.)

“Narration in a documentary is bad storytelling.”

Narration, a.k.a voiceover, is as vilified by the filmmakers of the verité persuasion as it is glorified by their counterparts, the lovers of the investigative genre. For those in the middle, however, the question of whether to add as little as a single line of the spoken word often creates anguish only comparable to the one we had in school when we had to choose between two friends. The choice made us a traitor to the other side, no matter the justification.

And that’s because voiceover is never just about writing or recording lines of text, it’s often about supporting a whole ideology. Narration, however, is just one story element among many. It all depends on its appropriate use rather than some imagined intrinsic value. And like many myths, its proliferation gave the spoken word such a bad rap that its good got lost in the shuffle. Let the voice(over) of those who have not been heard speak up its truth.

A long, long time ago, “God” used to record narration for documentaries…and “God” was a white male in his 50s. Shooting was limited, and information was very much needed, so “God,” with His thunderous voice, told us how to understand and interpret the story as it unfolded. In fact, narration was the story.

The next generation of filmmakers rebelled. Smaller cameras in hand, they made themselves invisible, becoming privy to gems of truth. The following generation not only used even smaller cameras, they also found cheaper stock. They shot so much that the story told itself, with no narration needed. And after all, who was the filmmaker, that silent witness, to tell the audience what to make of things? Cameras captured reality in an objective way — or at least so they said — and narration was neither objective nor real. Besides, true auteurs didn’t want to be confused with TV producers who continued to use voiceovers. And so the myth was born.

Today, if one were to insist on using that omnipresent, authoritative voice to fill in the gaps in a story, yes, by all means a slap on the hand is due for bad storytelling.

The unfounded myth of narration as intrinsically bad might have had its origin in some ideological and technological turn of events, but its inappropriate use as a Band-Aid for defective story structure will remain condemnable no matter the school of thought. Yet, there is more to voiceover than meets the ear.

Narration today can be as creative and varied as the filmmaker behind it.

Sometimes recorded by the filmmaker or a character in the film, it becomes intimate and endearing, like in many personal docs. Other times, recorded by an actor, the audience is lulled into the film as if it were a night-time story, like the trance-inducing voice of Morgan Freeman in March of the Penguins.

Voiceover is the most malleable, flexible and possibly creative element a filmmaker can use in the otherwise outwardly regulated world of doc filmmaking. Why not put it to good use when it’s called for?

Before any decision is made, clear your mind of prejudices regarding narration. Forget what people (read: your judgmental colleagues) will say. People rarely condemn a film well done or a story well told — no matter the device used.

If thinking of narration brings images of opinionated writers, endless castings, and expensive recording time to mind, put those thoughts aside, too. For each apparent obstacle, there is often a creative solution. Think of the character in the film as a narrator, record in the studio’s down-time, and remember that writing voiceover isn’t only for writers.

Consider fixing structure on its own before using narration as a fix-all. Then try to define the function the narration will have in the film. Will the voiceover complement what’s being seen, enhancing the scene? Will it contradict the imagery, making the audience think twice about what’s true? Will it stir intrigue by planting questions that will be answered by the following scenes, creating a chain of interconnected thoughts? No matter the combination, try to stay away from being too literal with the words and images; that is: what we hear, we see. Simply because documentaries are a form of audiovisual expression doesn’t mean that the visuals must follow the audio to a tee. Those two words (audio/visual) are next to each other because they’re supposed to work together, in harmony and unison.

In this democratized Internet world, “God” may not be recording voiceover any more, but the filmmaker remains a sort of deity in the making of a film, simply by choosing from where to point the camera, to how to voice or not voice a story.

May filmmakers value their vision more than a single voice — or voiceover.

Doc Doctor’s credentials: Internationally renowned author, speaker and story consultant Fernanda Rossi has doctored over 300 documentaries, scripts, and fundraising trailers including the 2009 Academy Award® nominated The Garden by Scott Hamilton Kennedy and the 2007 Academy Award® nominated Recycled Life by Leslie Iwerks. In addition to private consultations, lectures, and seminars worldwide, she has served as festival juror and grant panelist. Ms. Rossi shares her knowledge and research of story structure and the creative process in columns and articles in trade publications. She is also the author of the book Trailer Mechanics: A Guide to Making your Documentary Fundraising Trailer.