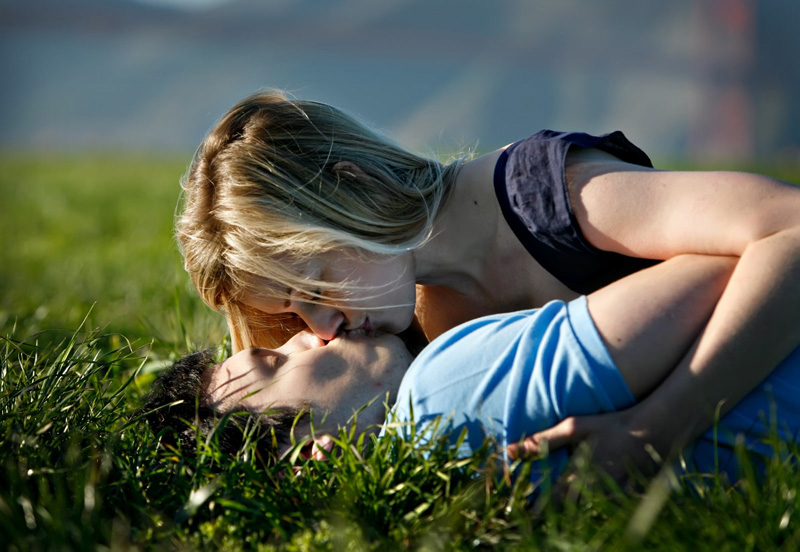 A still from "Missed Connections." Photo by Michelle Hayes.

Have you ever felt your eyes lock with someone across a crowded subway, only to wish later that you had ripped through the crowd to get some digits? You’re not the only one.

Director Mary Robertson’s short film Missed Connections documents a few of the loves lost and found on Craigslist’s “Missed Connections” classifieds. With a wistful, romantic shooting style, the film captures the longing of its protagonists and leaves viewers wishing for more when the film’s eight minutes are up.

The film had its world premiere at the 2010 Tribeca Film Festival and will screen there through May 2nd. Here, she talks about what inspired her to make the film and her future plans for it.

What led you to make a film about Missed Connections?

Simply put, I was inspired by the subject matter. I found these posts delightful and dense with suggested narrative. Naturally they also piqued my curiosity. It’s hard not to wonder if “Missed Connections” works. So the filmmaker in me wanted to unpack these stories and the detective in me wanted to solve these mysteries.

I found the style of the film quite impressive and quite beautiful. Tell me about your approach visually.

I was excited by the formal challenge of illustrating stories that largely occurred in the past. As the interviews are – practically by definition – static, I sought a form of illustration that would add something kinetic to the film. At various points, I’d considered animation and/or still photos but ended up believing this would only work if one saw living breathing humans moving and so I ended up filming a form of recreations. My brilliant DP, Mia Barker, and I then worked to craft a look that suggested the foggy and sometimes revisionist quality of memory. We used a variation of a swing and tilt lens that enabled us to play liberally with focus and depth of field.

One thing I was curious about: the film only covers heterosexual “Missed Connections.” Was this a conscious decision?

Most of the folks who responded to my initial emails ended up being heterosexual. If the film ever grows into anything larger, I hope to include homosexual stories as well.

With “Missed Connections,” sometimes it works out, but mostly it doesn’t. Did it take a great deal of searching to find the missed connection that actually turned into a marriage?

Tom and Jen, the couple in the film that get married, actually found me! I had been searching for a “happy ending” and was delighted when they came my way. They read the article on CNN.com and sought me out after. Their love is really palpable and evident. I’ve since found a bounty of other successful unions. It really does work.

Did you ever consider making this a feature doc? What was your motivation for keeping it short?

I would love to make a feature doc or television series on the same subject matter. If time and money were no object I absolutely would. That said, eight minutes is a delicious length. I love how readily this can be watched. Not everyone has 90 minutes for a feature-length film, but most people can find eight minutes to watch a short.

I’m sure a lot of our filmmakers would love to have some advice on this – can you tell me how the write-ups in The New York Times and CNN came to be?

The Times found me after I posted searching for characters on a couple of local blogs. The CNN.com piece followed The Times piece.

I know the festival has been the world premiere – how has the Tribeca experience been?

Oh, yes. I love Tribeca! I’ve enjoyed meeting other filmmakers and this invaluable opportunity to screen the film in my hometown. I hope to continue screening the film at festivals and aspire to finding more means of bringing the film to an audience.

This film got me thinking – I wonder if anyone has ever posted on Craigslist looking for me. Ha! Have you ever had a “Missed Connection” or found yourself sought there?

For more information about the film, visit the website.