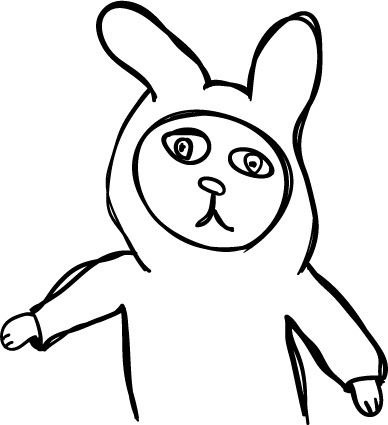 What do all these films have in common?

If you said they all tackle tough social issues, including censorship (Damned in the U.S.A.), breast cancer and genetic testing (In the Family), and women living with AIDS (The Heart of the Matter), you are correct. If you also said that they have all received funding from the Playboy Foundation, then you are truly in the know.

Although it’s one of the most recognizable, popular brands in the world, many people are unaware that the Playboy Foundation funds independent film—not that kind of independent film— documentaries that identify injustices and advocate for social and political change.

The Playboy Foundation is accepting grant applications through June 30, 2010 for its Social Change Documentary Film Grant, with grants awarded late summer/early fall. The grants are modest, and range from $1,000 to $5,000, specifically for projects in post-production and distribution. Matthew Pakula, director of the Playboy Foundation, spoke with The Independent in the hopes of generating more applicants with films advocating progressive social change.

“I really enjoy documentary films,” says Pakula of his mission. “They give people the opportunity to see controversial issues that affect people in a different light and [to] learn something.” Pakula, a lawyer by training, began working at the Playboy Foundation in 2008 as its director. In addition to the Social Change Documentary Film Grant, corporate giving, the Hugh Hefner Foundation, and public affairs for Playboy Enterprises also fall under his domain.

Origins of the Playboy Foundation

As Playboy magazine rose to prominence in the late ’50s and early ’60s, the press, particularly social, philosophical and religious journals, gave the publication’s aims and outlook much comment. Continually called upon to explain his editorial beliefs, Hugh Hefner wrote the Playboy Philosophy, an analysis of the social and moral questions arising in a changing society. The first installment appeared in Playboy’s ninth anniversary issue in December 1962 and ran to 25 installments, the last published in January 1966. The Philosophy caused many people to begin writing in to the magazine. In 1965, in response to letters that the magazine had received from victims of draconian and antiquated laws, Hefner established the Playboy Foundation “to pursue, perpetuate and promote the principals of freedom and democracy.”

Fostering open communication about human sexuality, reproductive health and rights, protecting and fostering civil rights and civil liberties in the United States for all people and protecting freedom of expression are the driving philosophies behind the Playboy Foundation—and the Foundation has awarded post-production grants to social change documentary film and video projects since 1977. Over 125 film and video projects have received a grant since the program’s inception.

In collaboration with the Sundance Institute, the Playboy Foundation created the “Freedom of Expression Award” to recognize the film that best investigates, educates and informs the public on an issue of social concern. In contrast to the accolades for directing, excellence in cinematography, or screenwriting, for example, all of which recognize high production values, style, and other categories specific to the media of film, the “Freedom of Expression Award” is the only prize that celebrates what a film is about—its content. At times, the winner of the “Freedom of Expression Award” has won one other major awards, but more often, that has not been the case. The award has been given to video projects: Heart of the Matter, which follows one woman’s struggle with AIDS; When Billy Broke His Head…and Other Tales of Wonder, which follows Billy Golfus, who is both subject and co-director, as he and other disabled Americans come to terms with their physical disabilities; and Fear and Learning at Hoover Elementary, which explores the impact of California’s Proposition 187, which would eliminate education and health benefits for non-documented immigrants.

While one could argue that Hefner’s funding of film that advocates for progressive change is a shrewd move for Playboy, the Playboy Foundation stands out among corporate or private foundations willing to support independent filmmakers, particularly those working with small budgets and addressing difficult issues. “Anytime you’re dealing with issues of sexual health, it’s important to us,” Pakula says. “We look for filmmakers to showcase them a experts [in telling people’s stories], which can become very visceral experiences for the audience. Because of this, film is uniquely positioned to impact individual and societal change.”

The most successful films submitted for grants from the Playboy Foundation often reveal a distinct focus and point of view. “Many times, films will try to cover too many topics and the message can get lost,” Pakula says. “When we see a film that has a clear message and tells a compelling story, we know it has a chance to resonate with an audience and to break through in our media saturated world.”

Some of the issues that Playboy Foundations jurors look for as they evaluate an application are: Will the film’s subject matter advance or promote the Foundation’s mission? What is the filmmaker’s experience in making films and raising money? Who are the other funders? Can the filmmaker raise enough money or find enough backers to see the project through to completion? What is the distribution plan? Who is its intended audience? Is there a fiscal sponsor?

Because the grant is for post-production, the jurors also evaluate the film’s rough-cut, asking: How does the rough-cut look? Does it do what the filmmaker intended? Will the Foundation be proud to have its name associated with the project? What makes this film unique?

A strong application includes a rough cut and a two- to three-page narrative, which includes a description of the project and film summary, a distribution plan and the applicant’s experience in filmmaking, along with the names and qualifications of people involved with the project. It should also include the project budget and other proposed funding sources. Most times when a filmmaker applies for a grant, the completion funds are in place, and s/he needs $1,000 to $5,000 for the soundtrack, mixing, travel funds for that last interview, or for an education brochure to accompany the film. The Playboy Foundation also requires that proposals include the IRS letter from the fiscal sponsor.

Pakula argues that the Playboy Foundation comes with a certain amount of cache. “It helps open forums, and allows us to have discussions that other funders can’t have.” He also acknowledges the controversy that Playboy can generate. “Because we support freedom of expression, we support the right of people to disagree. The different points of view that people have make these issues resonate as much as they do.”

Note: The Independent ran a previous article in December 2000 about the Playboy Foundation.