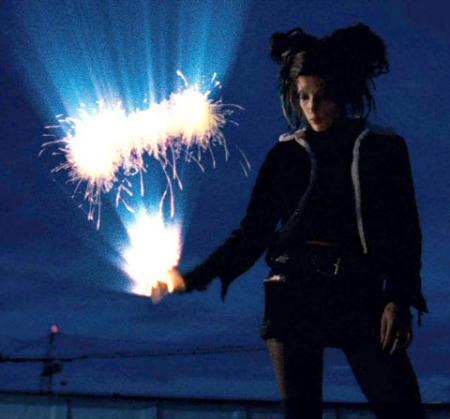 Located in Seattle, the Northwest Film Forum (NWFF) is an invaluable resource for independent filmmakers in the Pacific Northwest, providing production grants and access to equipment and post-production facilities. The Film Forum also boasts a 364-day exhibition calendar of independent films, many of which are hard to come by at other theaters in the region. NWFF offers filmmaking camps for kids, a film vault of 1,000+ titles, a library of books on filmmaking, an animation studio, an annual Children’s Film Festival—the list goes on. The Independent spoke with film programmer Adam Sekuler to get the scoop on how NWFF puts together its exhibition calendar and their support programs for regional filmmakers, as well as some thoughts on the future of independent film distribution.

Briefly, what’s NWFF’s backstory? Can you tell me what the Film Forum does and how it got started?

Back in 1995, the Film Forum started as a filmmaker’s cooperative. The group 911 Media was shifting all their production resources over to digital at the time. They started granting out their flatbed editor to people, and by that I literally mean that we were delivering our flatbed to their houses. Those were the early days… the organization has quickly changed over time, keeping the focus on how to help the filmmaking community but developing additional programs and moving into our own space.

There have been multiple versions of that: first [it] was a production studio space, then [we] purchased the Grand Illusion theater and then [we purchased] what became known as the Little Theater. And then five years ago we moved into the space we’re in now on the intersection of Pike and Pine. The move to purchase the movie theaters was the result of the understanding that in order to help inform a successful filmmaking community, you needed to be able to show really great films at the same time. And that spirit really started to take root; the filmmakers who started to develop through the Northwest Film Forum started teaching classes about filmmaking, ultimately leading to the organization we are today.

What’s your set-up? How many screens and what sort of technical facilities do you have?

We have two screens: one is a 50-seat theater, and can do 35mm, DigiBeta, DigiCam, and DVCAM. The other is a 118-seat theater, able to project all those and additionally, 16mm. In the last six months we’ve been projecting from hard drive as well.

What are your on-site production resources?

An edit suite, a camera/light equipment room, animation suite, book library, 16mm film archive and video library. We still have the flatbed that the organization started with.

What percentage of the films the Film Forum shows are solicited versus unsolicited?

Ninety-five percent is through distribution, about five percent of the work that we show comes from submissions.

What does it take to get in that five percent that comes from submissions?

Persistence. Good quality work. If it seems like the film is great and the filmmaker is going to put a lot of effort into getting an audience for it, or if the filmmaker is from the region, the region being the Pacific Northwest, then we will try to show it.

What kind of revenue should filmmakers expect when their films are screened at the Film Forum?

We do a percentage of the door—35 percent.

What’s the best time to send you a screener?

There isn’t really a best time. I do programming three months in advance, generally. So it’s rolling submissions.

What is the review process exactly? How many people make the decision?

It’s pretty much just me. They entrust me with far too much power.

What format should the films be in?

DVD. Some people have been sending me files as well lately. People don’t want their DVD to get pirated so they’ll send me a secure link with a username and password. The environmentally conscious might pursue the secure link version.

Any additional advice for filmmakers trying to get their films screened at NWFF specifically or independent theaters in general?

The work speaks for itself. It either fits the programs we’re screening or it doesn’t. My general advice to a filmmaker is know the venue and see if it fits what they’re doing. I do believe there’s a venue for everyone.

What sort of films do you look for?

That’s a tough question at the Film Forum because it’s a pretty diverse program. We do a lot of niche programming, like the arts, a music film—we do a fair amount of programming around those subject areas. But additionally we’re screening a lot of work that you might classify as art house in general. So if you’re doing a horror genre film that you made in the middle of Wyoming with your friends, we’re probably not the venue for it. But the Grand Illusion might be. If your film is played at a bunch of film festivals, we’re also probably a decent venue for you. From time to time we do some genre screenings but it’s pretty rare. If you have a documentary about a filmmaker we have a lot of first time filmmakers who have shown those here.

It’s the most robust program that we have. Every two years or so we commission a feature film from a local filmmaker in the Pacific Northwest. So the project involves us helping them raise money for that film; providing a lot of the resources and equipment; seeing it from the writing phase to production to post-production; doing cast/crew screenings; trying to get the film out there in our network; connecting through festivals. There are some success stories that we have where a film is played at Sundance and didn’t find distribution after that. We’ll help it get out there to theaters that we’re friendly with.

What are those theaters?

There’s a large network of independent theaters like ours. The Anthology Film Archives in New York, the Cleveland Cinematheque, Harvard Film Archive in Boston, the Belcourt Theater in Nashville, Echo Park Film Center in Los Angeles, the Walker Art Center in Minneapolis….

How do you support the productions you fund in finding distribution?

There’s only one case where the film found distribution, through the Tribeca Film Festival. That was our last feature, Little Dizzle. We’re helping these films find their way through the world, so if you don’t find distribution we will distribute it for you. We’ve started doing that more.

What’s the process for selecting film projects for other support programs/grants besides Start-to-Finish?

[Filmmakers can apply for] fiscal sponsorship, which is essentially that they get to use our nonprofit status to help them raise money. They can go to → Filmmaking → Grants and Access to find all the information they’re looking for about our different grants and equipment access.

What are your hopes and fears for the future of exhibition and distribution?

The changing landscape of distribution is totally different. In many ways I don’t blame distributors for the kind of less risky decisions they’re making. If you’re in it for a business you need to pay your bills and make some money at the end of that day. A lot of the best films being made don’t really fit that paradigm. Our reason for getting involved is really to try to help those films that we thought were the best films of the year get exposure… and it seems as though our system has been beneficial because filmmakers retain their rights. I’m not even sure to what degree people are making money on their own projects anymore.

We started working with this group, New American Vision, a nonprofit group that’s also trying to help filmmakers get their work seen outside of traditional distribution channels. They’re taking on slightly more risky films, taking on a lot of the films we handle and getting them distribution through new media outlets, so they work with things like iTunes. What’s interesting is that money is less and less being made off of content and more and more being made off of means of delivery of content.

[It’s interesting to think about] about it as hardware/software. Hardware being iPod, software being iTunes. Hardware being your flat screen TV, software being however you get video-on-demand delivered to that. I think it’s important that there are people vetting the process through specific viewpoints—people who have opinions about whether things are good or bad. The less those people are involved, the more content can get through. This might be good for filmmakers, bad for cinema. The middle man of the distributor is less and less involved in the process.