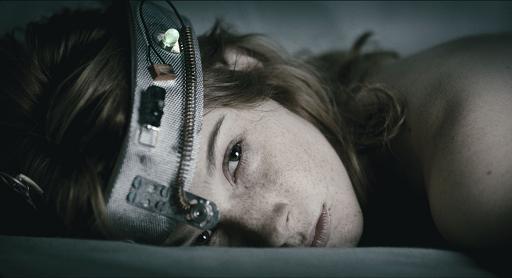 Montréal’s Fantasia International Film Festival may well be the largest film fest you’ve never heard of. If you haven’t been following genre film at all, you might be excused…but not for much longer. The fest has been the North American launching pad for the likes of Takashi Miike, Hideo Nakata (The Ring), Park Chan-Wook, Eli Roth and last year, it was chosen by Quentin Tarantino on the basis of its audience quality for this continent’s premiere of Inglourious Basterds. This year’s edition weighs in with over 120 features, 130 shorts, a three-plus pound catalog, and 90,000 tickets sold last year. The Independent’s Patrick Pearce was able to bribe programmer Simon Laperrière—with beer—for a chat on the intersection between genre and auteur cinema.

Patrick Pearce: Would you say there are still a lot of fans of “quality cinema” who turn their noses up at genre film and have little understanding of it?

Simon Laperrière: Absolutely. Less and less, thankfully. I think the selections at Cannes in recent years show that more and more, auteur people are becoming open-minded. But often they will recognize genre cinema [only] if it’s made by established auteurs. They’ll appreciate a horror film if Lars Von Trier makes one, because now, it becomes a deconstruction, a reinterpretation. The problem is they still consider becoming a serious auteur film the ultimate accomplishment for a genre film.

Pearce: When you meet an auteur film snob who is especially indignant at the idea of genre film, do you feel like slapping them?

Laperrière: I remain polite; I like to remind them that major auteurs have been doing sci-fi and horror for a long time. Alain Renais with Je t’aime, je t’aime; Jean-Luc Godard, of course, with films like Alphaville. At the end of the day, a good movie is a good movie—even if you are entertained. Reflection comes from the brain, entertainment comes from the gut, and when it’s in your gut, it’s difficult to pin down, so people are afraid of it.

Some film critics who didn’t appreciate genre films have discovered the work of Johnnie To, for example, and enjoy it now, to the point where they have now taken him away from genre film and made him an auteur. It’s all about learning. Genre film has its own history, its own waves, its own new waves as well. So it’s something people have to discover, and if they are curious—and a true cinéphile is someone who is curious—then they should follow it.

Pearce: What genre films on the indie front have you seen crossing over into auteur film territory in recent years?

Laperrière: Canary by Alejandro Adams is one. It brings all the genre references to what Roland Barthes calls le degré zéro, where it’s very very minimal. You know from the program that it’s science fiction, but you have to look for it. All you see in the film are scenes of office conversations through which you discover a story of cruelty, about being next to true evil [organ harvesting] on a daily basis.

Thirst by Park Chan-Wook is proof that this is a very important filmmaker, one who can take an Émile Zola novel, set it South Korea, add vampires to it, and make something wonderful out of it.

This year, I thought We Are What We Are [Jorge Michel Grau] is a good example of a hybrid because even though it’s a cannibal film, it’s closer to something Ken Loach would do, as it’s more about the tragedy of a family than the next victim. It’s all in there—cannibals, violence, but the true violence is the city they’re in—Mexico, a city portrayed as savage, where cannibals can walk along side of corrupt cops, prostitutes and misery, and not be noticed.

Pearce: Would you say the frontier between genre and auteur film has something to do with what is visible and what is happening more on an inner or psychological dimension?

Laperrière: I think the crossover works more on an inter-textual level. Genre cinema calls on the audience’s memory—you know what a horror, a comedy or a sci-fi film is. And when you’re watching a crossover film, you look for the genre elements. The elements are there, but they’re not necessarily easily recognizable, so it’s a paradox. The exploration of psychology can be very important. For films like We Are What We Are and Let the Right One In, the auteur aspect is giving cannibals and vampires humanity—they have feelings. I’m not talking about Twilight, but [rather] more realistic feelings.

Pearce: A film like Down Terrace—for Fantasia it almost seems like an anomaly. I mean it’s 95 percent dialogue, shot mostly within the confines of a house where the characters sometimes play sad folk songs.

Laperrière: It is very borderline, it almost works as a play, but it’s still a comedy…a very dark comedy and family drama, but it still has funny moments. For a film festival, it’s important to show people movies that embrace a genre, but also examine it, too. They are self-reflections of the genres, and those are the films that will help each genre evolve.

Pearce: Talk about your baby, the Camera Lucida section in this year’s Fantasia—what was your editorial line?

Laperrière: It was based on a question: What is genre cinema today? And to answer it, I said we have to look at genre film in its most iconoclastic form, in all its differences. It’s not an auteur approach, as some people might think, even though there are auteurs in there. Each film in the section lays claim to a genre: Rubber is the monster film; Théorie de la Réligion is the erotic film; 1 is science fiction; Sell Out! is a musical; What Is Not Romance? is animation; Neverlost is some strange breed of horror cinema; and Air Doll is fantasy. Although they break the “codes” [of their genres], by doing so, they place themselves in a continuity. Now [that] we have seen Air Doll, we will look at future fantasy films differently, and the same for all the others. Each in their own way looks at their [respective genre] history, and by looking at it, create the future.

Pearce: Can you describe a specific moment in some of these films that strikes you as emblematic as to why you chose them?

Laperrière:
1 is based on a short story by Stanislaw Lem, who also wrote Solaris. So you would expect a very contemplative film, but instead you find yourself on a rollercoaster that throws you into a surrealist world where every philosophical idea explodes under the weight of the madness that dominates this world. A character, [an asylum lab technician], arrives with a plastic bag containing a pear, and suddenly there are pears all over the rest of the film. And the film gives you no clues as to its meaning.

In the [Malaysian musical] Sell Out! there’s a scene where the character is stuck in a song [sung by his two bosses], and then exits through a door and you don’t hear the song anymore. A bit later, he returns and the song continues. The filmmaker understood something very Deleuzian about the geography, which is when a song appears in a musical, suddenly a small area becomes a territory where the song is being sung, and it’s a micro-universe outside of the rest of the world where the film takes place.

In Air Doll, the scene that brought tears to my eyes was the doll in bed with her boyfriend, after he discovers she can be emptied and refilled, and she tries to do the same thing to him with the knife and kills him. Her desperation when she realizes that the man she loves is dead and that she’s different from him — I would say this is the saddest scene of Fantasia 2010. And it’s cruel not become she’s cruel, but because the world is cruel. It’s a film about the lack of communication between people.

Pearce: Fantasia has two main venues, and it seems like you have two different audiences for each.

Laperrière: I think the Hall is the festive theater, where people are not afraid to cheer and clap and become a part of the film itself.

Pearce: And sing along with a song where the lyrics appear on screen, karaoke style.

Laperrière: Yeah, for Sell Out!, that was awesome. Because the Hall Theater often has 700 people in it, it feels like a rock concert. Whereas the J.A. de Sève has more of a cinématheque feel, because everyone is close to one another. Somehow the room itself asks for a communion, a silence. But you’ve seen films at the Hall where you would’ve heard a pin drop, and you’ve seen films at the de Sève where it was insane. So I think it’s more the film that sets the tone.

The festival wraps up on July 28th with Metropolis—Restored Original Cut accompanied by a live orchestra.