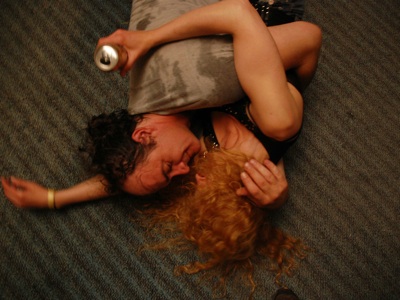 For the past three years, film professionals from all over Southeast Europe have gathered at the Sarajevo Film Festival (SFF) to discuss the state of the regional film industry during the Cinelink forum, the track of the festival established for that purpose. SFF began during the bloody siege of Sarajevo in 1995, when it would be unimaginable for Croatian, Serbian, and Bosnian directors, producers, and exhibitors to come together to swap insights on business models. Seventeen years later, SFF is one of the most renowned festivals in Europe, and the Cinelink forum enables discussions about topics like whether or not to establish a co-production fund that would cross the borders of many Southeast European countries.

The region has come a long way since the Yugoslav wars not only in terms of cooperation and partnership, but also in sheer movie productivity: since 2000, film production in Southeast Europe has doubled. Although this year’s forum’s presenters hailed mainly from Bosnia-Herzegovina, Serbia, Slovenia, and Croatia, the forum considers the following countries as part of its region: Albania, Austria, Bulgaria, Cyprus, Greece, Hungary, Kosovo, Macedonia, Montenegro, Romania, and Turkey. Representatives from other countries, including France and Israel, also attended.

The forum, co-sponsored by Screen International and Cinelink, is one of SFF’s several industry initiatives intended to promote the development of Southeast European film. In its short history, the forum has initiated a joint pavilion at the Cannes Film Market for eight Southeast European countries, as well as successfully advocated for the digitization of cinema networks in Serbia and Macedonia and facilitated the addition of Bosnia-Herzegovina to the European Audiovisual Observatory, the primary organization that tracks industry statistics throughout Europe.

The main themes of this year’s forum reflected the region’s future goals: increasing the number of countries that offer tax incentives and cultural subsidies for productions and funding the digitization of cinema networks. While on the mind of communities and corporations throughout the world, both issues are influenced by finance patterns distinct to Southeast Europe, where public money is harder to come by than in Western European countries (Bosnia-Herzegovina’s national production fund totals just over a million Euros, while the average film production there costs 1.5 million Euros). Meanwhile, the government bodies that disperse funds are still setting down roots—Slovenia’s film center just had a makeover, Bosnia-Herzegovina’s fund was set up in 2003, and the Croatian Audiovisual Center (HAVC) was established in 2008 (prior to this date, the Ministry of Culture dispersed production money). In Southeast Europe, the number of transnational co-productions with Eastern and Western European countries continues to grow. For example, Croatia and Bosnia-Herzegovina worked together on six co-productions in 2010. The critically-acclaimed 2010 Serbian film White White World, which received much praise at SFF, was co-produced by Sweden and Germany.

The topics of tax incentives and cultural subsidies produced the most dynamic conversations at the forum. National film organizations in Serbia and Hungary have already made their countries more attractive as filming locations by offering tax incentives to international productions, while several more countries have begun plans to do the same. During one panel, a discussion developed about the possibility of establishing a regional fund that would involve and benefit multiple countries in Southeast Europe. The idea produced much debate and some pointed out that before forming a regional fund, each individual state should develop stable national funds. A comment that starting a regional initiative and then not following through due to local problems would be “characteristic of the region” prompted chuckles from the audience. The most controversial comment, however, came from an audience member who stood up, announced himself as a Bulgarian filmmaker, and accused the tax incentive programs of encouraging international film productions that “[use] our public money to represent the Balkans poorly—as countries with problems.” Another forum participant seemed to smell censorship and responded, “Cinema is a mirror to society so society must make up its own mind.”

Representatives from Croatia’s recently formed Audiovisual Center (HAVC) presented their new tax incentive initiative, which will offer rebates worth 20 percent of filming costs (up to three million Euros), beginning in January 2012. With support from the Ministry of Culture, the HAVC was able to get tax incentive legislation passed unanimously by the Croatian parliament. The HAVC itself is the result of a government act passed in 2008—a year so economically volatile, it’s hard to imagine that the film sector convinced the government to support it. The founders of the HAVC started lobbying years in advance, presenting to the Croatia Chamber of Commerce (rather than the Ministry of Culture) in the frame that HAVC is commercially viable, as well as culturally valuable. In addition to the tax incentive program, the HAVC provides production funding, seed funding, and support for script development; it supports at least two first features each year.

Josko Rutar, CEO of the Slovenian Film Center, spoke about the recent restructuring of the Slovenian Film Fund, which resulted in the establishment of the Film Center earlier this year. While the old film fund was run by politicians, the new Film Center is run by filmmakers, and whereas the film fund acted as an investor for Slovenian productions, the new center finances productions through a grants system. The center has also taken on the additional tasks of promoting film education and overseeing professional organizations. Public funding available for film production in Slovenia reached a record high in 2010, at over seven million Euros. The Slovenian Film Center is partnered with a state-owned film studio, making it a unique model among national support structures for film.

According to Martin Kanzler, an analyst from the European Audiovisual Observatory, nearly every European nation has a national film fund. Drawing on statistics recorded by the agency he represents, Kanzler said that throughout Europe, most film funds exist on regional rather than state levels, and these funds have continued to grow despite the global economic climate. In 2009, of the 2.1 billion Euros spent from a total of 280 funding bodies, 69 percent were spent on production, eight percent on distribution, six percent on exhibition. The highest number of these funds is concentrated in France, followed by Germany, Austria, Sweden, and Spain, although northern countries spend the most per capita.

The process of digitizing cinema networks presents obstacles to industries in Southeast Europe because much of the financial burden for the digital transition falls on the shoulders of exhibitors; throughout Europe, the top ten exhibition companies are responsible for over 30 percent of digital screens. Kanzler noted that the explosion of 3D film after Avatar jumpstarted a rush to digitize cinemas in Europe, with the number of digital screens more than doubling from 2009 (4,684 screens) to 2010 (10,346 screens). By 2012, Antoine Virenque (president of European Digital Cinema Forum and also a keynote speaker) predicted that half of the world’s cinema screens would be digital. While the popularity of 3D led to a five percent increase in European box office revenue from 2009 to 2010, fewer tickets were actually sold. Since the majority of 3D titles are US productions, Europe’s market share fell to the lowest levels in the past five years, as European films accounted for only 25 percent of titles in European theaters.

In Southeast Europe, the digitization of screens has been a slower process than in Western Europe. In 2010, Bosnia-Herzegovina had only three digital screens compared to the well over 1,000 digital screens in countries like France, Germany, and the UK. However, Croatia more than doubled its digital screens from 2009 to 2010, increasing from eight to 20 screens. The program coordinator at the Sarajevo Film Festival told me that this year was the first in its 17-year history that featured digital screenings.

Professionals and filmmakers at the forum also received advice from outside the region. Illan Girard, CEO of Arsam International, gave a keynote address on the availability of film production funding across Europe. He emphasized transnational co-productions as a model that not only increases budgets but also automatically “widens market position possibilities.” Girard remarked on a tendency he has noticed in young filmmakers to artificially inflate film budgets in the hopes of lending more legitimacy to their projects. Rather than do this, Girard recommended creating marketable identities for films early on in order to immediately start building brand possibilities for distribution campaigns. According to Girard, while US indies are financed up to 80 percent through private equity, European productions receive less than 50 percent of funding from private sources and unlike in the US, producers in Europe are able to combine soft money, or government, resources with private equity. He ended the keynote by stressing the producer’s “responsibility to take risks” but also to bear in mind the reality that from pre to post-production, film projects typically span anywhere from three to ten years. And looking ahead, projects may also span as many countries.

Mia Bays of the London-based company, Microwave, presented a model for microscheme budgeting: It helps finance and produce films, all of which have garnered critical acclaim, for 120,000 pounds or less. While collaboration in Southeast Europe has already produced positive changes, many of the industries still struggle to secure the amount of financial attention from their national governments as their Western European peers. For example, Microwave receives funding from BBC, a mammoth media institution that has no comparable counterpart in the Balkans, or in the US for that matter. During her presentation, Bays posed the question of whether the microscheme model, inspired in part by 1990s American indies, would be a viable alternative to large budget productions in Southeast Europe. Later, I asked an HAVC representative if the microscheme format could work in Croatia. She shrugged, responding that “it would be nice” but that as a realistic possibility, the Croatian film industry today is not the right context for such a model.

The next time many of these topics will be addressed by a similar crowd is at the Sofia Meetings in the Sofia International Film Festival in Bulgaria next March.