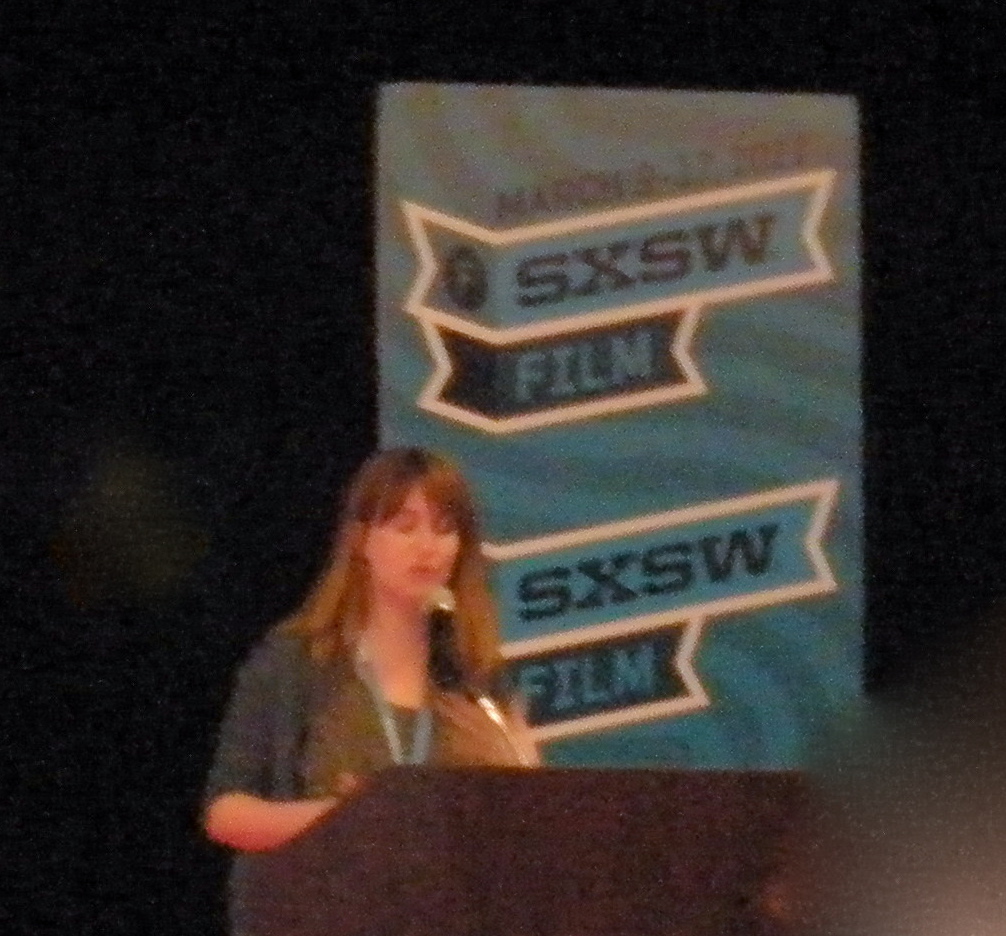 During the 2012 SXSW Film Festival Award Ceremony, the Karen Schmeer Film Editing Fellowship was awarded to Lindsay Utz. The fellowship continues the legacy and honors the memory of respected film editor Karen Schmeer (Fast, Cheap & Out of Control, The Fog of War), and is meant to foster the careers of up-and-coming film editors.

Having come up with what she calls a “generation of editors who started on the web,” Utz has already worn a lot of hats, editing content for PBS and nonprofits, producing content for GOOD Magazine and Frontline, and even starting her own production company. But Utz knew her heart was in editing and the creative process of sculpting a story.

In her first move to long format, Utz, along with Jenny Golden and
supervising editor Enat Sidi (whom Utz credits for her wisdom and guidance) edited the upcoming feature documentary Bully. Opening in New York and Los Angeles on March 30th, the film follows the story of five children and the ways bullying affects their lives. (It has also been in the news for controversy over the MPAA’s R rating, which the Weinstein Company, backed by petitioners, has refused to accept.)

The Independent was able to catch-up with Utz at SXSW 2012.

Steven Abrams: You have worked on both short pieces and now longer format films with Bully. What was the transition like and what drew you to longer formats?

Lindsay Utz: The transition was difficult. I was coming from the world of web video where everything is cut tight and fast to hold the attention of non-captive, multitasking audiences. Eventually I got tired with that format and was drawn to the freedom and possibilities of a longer timeline: being able to develop characters, structure a narrative, and create mood. Instead of cutting for sound, which I often did when I was working in short-format, I started cutting for emotion — and that’s a very different kind of editing.

SA: You came on to Bully while they were still shooting footage. What was the process like as you developed an aesthetic for the film?

Utz: I think the aesthetic is determined by the footage. There was a certain tone to the material and that guided our decisions about how to present it. I would describe the aesthetic as raw — both in emotion and visual style. I never tried to dilute the experience of the characters or hide imperfections in the camera work; if it were too polished or smooth around the edges, it wouldn’t feel genuine. I wouldn’t say I developed an aesthetic so much as an aesthetic emerged.

SA: As with many documentaries, for Bully you had over 300 hours of footage. What techniques helped you tackle that much content?

Utz: When you’re working with that much footage, organization is critical. First I broke things down by individual character, with corresponding color-coded post-its that would go up on a wall every time I finished a scene. I tackled the stories individually, carving a narrative arc for each character. Next, I started thinking about the overall structure and how to weave those stories together — that’s when things got complicated! Finding shared themes and building bridges so the stories spoke to one another, creating connective tissue that brings the film together into a coherent whole — that was hard. The key to tackling that much footage is to cut down as much of it as you can because with a documentary of this size you simply don’t know what you have until you start chipping away at it, like a chisel to an ice block, hour by hour. There are no shortcuts in the process, unfortunately.

SA: You made a decision to focus on emotion, character, and story for Bully. How did that affect your editing process?

Utz: It was clear early on that the most powerful footage we had was not in the ‘expert’ interviews. It was our testimonial and verité footage that really tapped into the pain of being bullied in the most profound and unflinching way. Therefore, very early on I decided to focus as much on ‘the experience’ as possible — whether it be through Alex’s bullying on the bus, or Tyler’s father recounting what his son went through before he committed suicide. Because the experience of bullying was the centerpiece of the film, anything that didn’t elaborate on that experience got scrapped. Everybody in America knows that bullying is an issue; we don’t need experts to tell us that. The opportunity we had with this film was to bring the experience of it into the hearts and minds of viewers. That, to me, is the best way to get people to act — appealing to them not through ‘facts’, but through deeply human stories.

SA: You were presented with the award at the SXSW 2012 Film Awards Ceremony. What was it like to attend SXSW and to receive the award during the festival?

Utz: I’ve never been asked to give a speech before! So that was new.

SA: What does it mean to you to receive the Karen Schmeer Film Editing Fellowship?

Utz: It’s a pretty special recognition by my peers in the filmmaking world. I’m incredibly honored by it and excited to be a part of community that celebrates editors and the contributions they make to films.

This interview was condensed and edited.