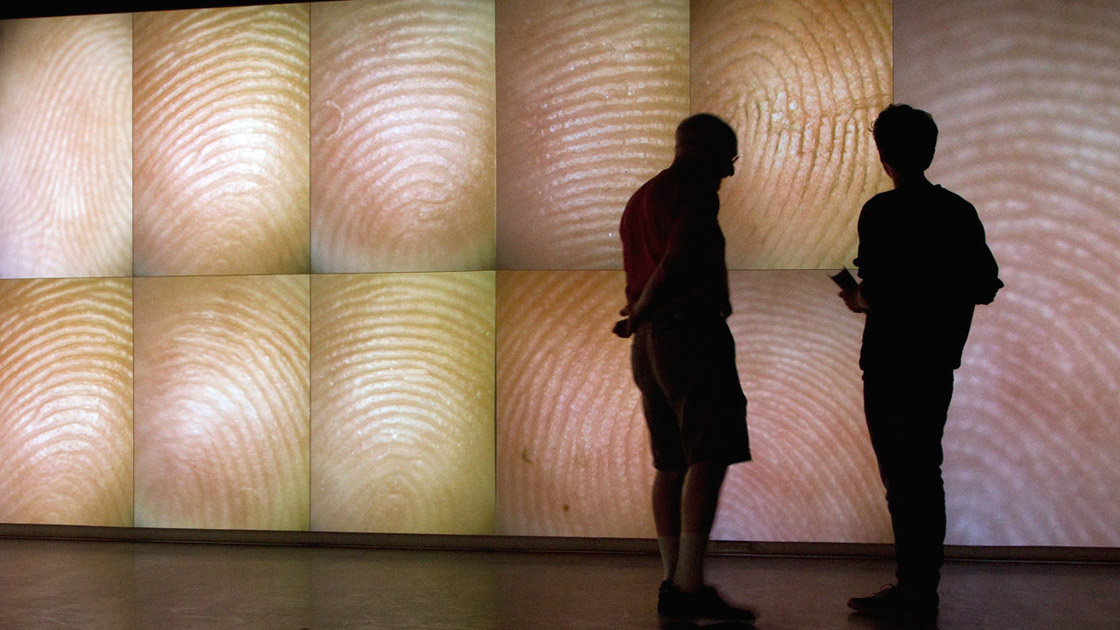 During the Sundance Film Festival, one can choose from at least 15 different activities, from watching films to hearing panels or tracking celebrities, to hitching a chairlift up the mountain. For the next of the next–transmedia installations, multimedia performances, and so on, the festival created a section called New Frontier. Curated by Shari Frilot, New Frontier selections push the boundaries of storytelling by using the most current tools of artistic expression for “a convergence of film, art, and technology.” If Sundance films break the mold, New Frontier artists challenge even conventional mold-breaking. And like the festival’s main slate, New Frontier also included panels, live performances, and experimental films, including the premiere of Interior. Leather Bar, where filmmakers, James Franco and Travis Mathews, re-imagine deleted scenes from the 1980 film Cruising, starring Al Pacino as an undercover cop who’s investigating a murder in the New York City gay, leather bar scene.

But unlike, say, the US Dramatic Competition, New Frontier had a dedicated physical space and a specially designed midsection of the official Sundance program booklet to set it off on its own. The Pixilated Pavilion, located in The Yard, a refurbished lumberyard on Kearns Blvd and a stop on the bus loop, was open to the public throughout the festival. It immersed audiences in a digital and personal reality with media installations, augmented reality, full-dome and wrap around films, and 3-D projection-mapped environments. What is all that, you ask?

In Pulse Index by artist Rafael Lozano-Hemmer, participants touched a sensor with their index finger which projected an up-close image of their fingerprint and a measurement of their heartbeat. The new image joined fingerprints of preceding visitors in a Fibonacci sequence on the three surrounding walls. The effect was a collection of glowing unique human identities amassed digitally. In a sense, Pulse Index is a form of data visualization—it uses images (the fingerprints) to show an existing data set, or the participants who touched the sensor. Infographic is another term used for this; although infographics generally display information in a cartoon-like nature. As the Internet now captures, stores, and processes more data on users than ever before, and users also generate more data, large unwieldy data sets can result. Artists and designers are exploring ways to tell stories based on this exponentially increasing data that are relatable.

Coral: Rekindling Venus by Lynette Wallworth, is a full-dome projection and augmented reality installation—where graphics are integrated into the real-world—with the goal of connecting audiences with endangered coral reefs. To fully experience this installation, visitors downloaded the app to a mobile device then pointed their mobile’s camera at the seemingly bland coral poster in the pavilion (ie: the real-world). You’d see the original poster appear on your mobile device, as reality. Then, you’d touch the virtual coral on your device to see Wallworth’s artistic rendering of the moving oceanic surroundings—the augmented reality. Wallworth’s app enhances what we see in the poster by bringing it in to a seamless composite view, making it difficult to discern what is real and what is virtual.

Rapper Yung Jake is another artist who used augmented reality in the pavilion. Once you downloaded and opened his app on your mobile device, you’d hold the camera over his poster of the Yung Jake rock to see and hear the video, E.m-bed.de/d. If you moved your device around the rock, you could make Yung Jake’s image in the video shift. Move it away from the poster and the video disappeared. E.m-bed.de/d is an interactive HTML5 video, with auto-tuned sounding music, that satirizes our digital culture. Users could also access E.m-bed.de/d on laptops in the pavilion, although the video had a different look on laptops than the app.

The technology at New Frontier was part of an overall theme of technology at Sundance this year. Tech-oriented panels, and films such as Computer Chess, jOBS, the shorts Neil Kendricks describes, and even less obvious films like the Grand Jury Prize-winning Fruitvale, reflected filmmakers’ growing tension with the technology of our past, current, and future. Taken together, the tools of artistic expression may change, but the audience’s emotional response is often what determines whether or not these new “frontiers” resonate.