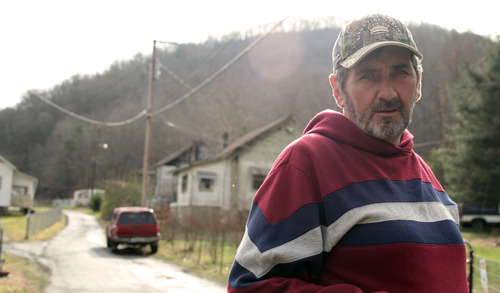 The film industry, like the rest of the media world, is trending towards digital, mobile, and online. Change is coming in the form of interactive storytelling and transmedia and Tribeca Film Institute wants in. “We want to not only respond to changes in the industry, but to also shape the change so that good work gets supported,” says Ingrid Kopp, director of digital initiatives for Tribeca Film Institute (TFI). “We want to help artists develop their work and create distribution channels so that good work gets seen.”

The TFI New Media Fund, established in 2011 through a partnership with the Ford Foundation’s JustFilms Initiative, supports non-fiction, social justice media projects that extend beyond traditional screens and traditional audiences. These projects include additional media platforms, such as interactive websites, mobile apps, social networks, and video games. The fund supports TFI Interactive (a day-long conference about interactive media during Tribeca Film Festival), Tribeca Hacks (hack-a-thons around the US that bring together storytellers and technologist), and directs funding to transmedia projects that promote social change and justice.

TFI recently named its six grant recipients for the third annual TFI New Media Fund for Advancing Transmedia Storytelling and Promoting Social Change. These six projects represent a diverse group selected from 285 applicants. “We really think about the creative and the risks, both technical and artistic, that the applicants are taking as artists,” says Kopp about the recipients.

Recipients also receive mentoring and participate in peer-to-peer meetings and an interactive storytelling lab to further develop their projects and engage audiences. Representatives from each of the six projects will present their work during the 2014 Tribeca Film Festival’s TFI Interactive.

TFI sees transmedia broadly, as innovative storytelling through a technology platform, or several integrated platforms, that engages audiences in new ways. For example, a story could be told via a single interactive website, such as what Paul Shoebridge and Michael Simons have planned for Chasing the Sun. Or, it could be told with multiple platforms, such as what Michèle Stephenson and Joe Brewster have in mind for American Promise, a documentary about how two African American boys and their families navigate race, privilege, and opportunity at a rigorous New York City private school. In the works is a web series and a mobile app called “Promise Tracker,” designed to help young people set academic goals.

All “stories” support each other and stand alone. The idea is that stories with multi-points of entry, such as a film, webseries, and app of American Promise, can bring artists new audiences. Someone might discover the app and then go see the movie. Or vice versa. “Transmedia, in whatever form, expands storytelling. You can’t compare it to traditional film,” says Kopp.

But to really understand transmedia, you have to see it in action.

Do yourself a favor and visit 2012 grantee Hollow, by documentary filmmaker Elaine McMillion, to see a completed–and stunning–example.

McMillion uses the web as her sole platform for this interactive documentary series. She shares the stories of residents of McDowell County, in rural southern West Virginia, and their transition and struggles from a coal-based economy.

McMillion grew up just west of McDowell County and completed her MFA at Emerson College in 2013. She was recently named one of Filmmaker Magazine’s 25 new faces of independent film for 2013.

Have a Sense of Purpose

Kopp encourages filmmakers to have clear goals for their story and technology. “We want to understand your narrative [in the application], but we also need to know your technology story. What platforms will you be using and why? How will each be rolled out to audiences and why?”

McMillion’s clear vision and purpose for her story follows Kopp’s advice. “Our first goal was to reach our intended audience–the McDowell community and help them make connections. They are mostly on desktops and generally lower tech. We needed community buy-in to share their story. So our goal became launching the site. It’s on the web as an interactive film. The full transmedia part will come later, building out a mobile experience and exhibits to reach additional audiences.”

As any documentary filmmaker, McMillion worked to gain the trust of the community and developed and shot each story. “Throughout our process, we always asked ‘How is this meaningful? How will this have an impact?’”

Prioritize the User Experience (or UX)

Hollow combines video portraits of McDowell residents, user-generated content, photography, music, and interactive data all in an HTML5 website. Each individual’s story stands alone, but also works together. In sum, there’s more than three hours of content and 30 characters. It’s the UX, the user experience, designed by Jeff Soyk, that ties this all together.

“In the film world, the director works with the cinematographer for the technical side of the story,” says McMillion. “Now we are in this new world, where the UX designer is also part of the story’s technical side. We need to teach filmmakers the role of UX. It’s vital. These are often contradictory mediums; you can’t just translate it from one to the other.”

Soyk designed the site so that the user scrolls down to progress through the narrative. This downward pull is evocative of the entering a coalmine or, perhaps, the decline in McDowell’s population from its peak in the 1950s to the present. Music and sound effects from the area play throughout.

“Keeping the UX simple made it stronger overarching narrative upfront,” says Soyk of the design. “The biggest trap is adding too much technology, that’s not putting the story at the forefront.”

The UX is simple, but immersive and cinematic. It guides the user to find each story and to choose where to click, whether on information, photos, or videos, some shot by McMillion, and some by the McDowell community. To the generate community content, McMillion raised money on Kickstarter for five cameras and trained 15-20 residents in how to use them. Each one shot what interested her or him.

“We integrated the community content where it worked best in the story. We didn’t want to separate it from filmmaker content. We’re all in this together,” explains McMillion.

The website has a programming team behind it, as well, who coded Soyk’s designs and McMillion’s content. According to filmmaker and 2013 grantee, Anjali Nayar (This is My Backyard/Logs of War). “Interactive documentaries differ from film because, not only are we building the story through images and sound, but also the infrastructure (technology) to support it. It’s a big blank canvas for creation. And, of course, filmmakers and coders are completely different breeds, so it’s also a really crazy anthropological exercise as well.”

For further description on the making of Hollow, visit http://elainemcmillion.tumblr.com.