Neil Kendricks talks with Molly Schwartz about animating the doc, "Watchers of the Sky." 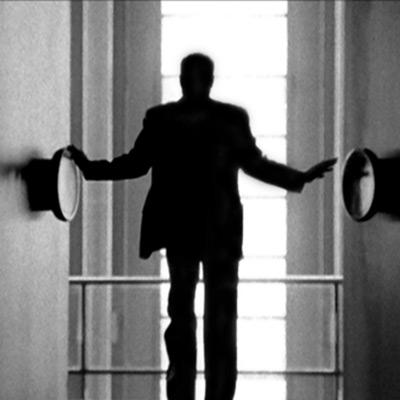 From "Watchers of the Sky."

Park City, UTAH — Animation is the new trend, changing the rules of documentary filmmaking with pencil and paper, computers, and a surplus of imagination. The writing on the wall—or drawings in this case—is that the old methods of relying on knowledgeable talking heads and archival footage to drive a non-fiction film are no longer enough for contemporary audiences. This year’s Sundance Film Festival’s eclectic cross-section of documentaries are wielding animation as a means to take their stories to next level where representational and abstract images soar on hand-drawn and computer-generated wings.

These days, filmmakers like writer-directors Edet Belzberg’s award-winning, feature-length documentary Watchers of the Sky, winner of Sundance’s US Documentary Special Jury Award for use of animation, and Chris Landreth’s animated documentary short Subconscious Password are following an imaginative path paved by such groundbreaking documentaries as Brett Morgen’s 2007 film Chicago 10 and Ari Folman’s 2008 film Waltz With Bashir, among others.

In fact, Landreth is a trailblazer in his own right. The filmmaker’s 2004 animated short film Ryan won the Academy Award for best documentary short, as well as the 25th Genie Award for Best Animated Short, riding a wave of critical praise on the film festival circuit from Sundance and Cannes to the Venice Film Festival. This benchmark in animated documentary film’s triumph reflects the growing acceptance that animation is just another tool in the documentary filmmakers’ toolbox of techniques designed to draw audiences into the increasingly complicated world of real people and pressing issues that shape contemporary life.

Now that Sundance 2014 has wrapped and the journey of Watchers of the Sky to reach wider audiences is beginning, The Independent’s Neil Kendricks, a filmmaker in his own right, caught up with the doc’s lead animator Molly Schwartz. In an email, Schwartz was kind enough to reveal how she and her fellow animators Gary Waller, Dana Schechter, and Eyal Ohana created the film’s haunting, animation sequences.

Throughout the documentary, Belzberg and editors Jenny Golden and Karen Sim (who won Sundance’s Editing Award for US Documentary) juxtapose the animators’ soft and muted, watercolor-like images against the blunt force of the film’s live-action footage of five stories that chronicle activists fighting the good fight to raise awareness about genocide. The film covers terrain from the Nuremberg trials for Nazi atrocities to the present-day sites of carnage and man’s inhumanity to his fellow man and woman in Rwanda, Darfur, and Syria.

Neil Kendricks: Can you describe your collaborative process with the film’s director and how the animated imagery developed and evolved? Did the director have very specific images in mind or was it a more loose and interpretive, creative exchange? Approximately how long did the animation take to complete?

Molly Schwartz: Originally, Edet [Belzberg, director] and Karen [Sim, editor and co-producer] gave me piles of material to work from—Raphael Lemkin’s transcribed writings about his childhood, which were incredibly detailed visual memories, as well copies of the original handwritten pages, watercolor books, articles, artwork from victims in the concentration camps, and so much amazing footage she had shot in Byelorussia and Chad; traveling landscapes, the vivid colors of the earth and skies, photos of the UN, black-and-white 16mm recreation footage. We started with drawings and working back and forth in a very fluid manner, trying different combinations of drawing and footage.

Edet was very interested to develop an “in between” world that had the grounding of footage merged seamlessly with the drawn and animated world that was developing. She was very open in the beginning and wanted as much creativity and input as possible, to give her the most material to work with for storytelling. There was a lot of discussion, exchange of ideas, a very loose back and forth, as we worked to creatively illustrate Lemkin’s story. Then, as we got further along and towards completing the film, she became much more specific about what she wanted. As we developed a visual library and language, she was then able to very precisely craft the animation, the words and timing together to tell the story as she wanted. She is incredibly tenacious, and this film is a testament to her determination to tell this important story.

We started animation well before the edit was locked, in very early 2009. This is a particularly unusual (and not very efficient) way to work, but it allowed Edet and Karen and Jenny to work with the animation, as though it were footage—cutting and animating back and forth. There were several periods of intense animation work, and then down times while they were strictly editing. Eventually, the team grew to four people. Each person brought their own artistry, experience, and skill to the project: Dana’s creative sense of mood and intensity, Garry developed the beautiful handwriting to express Lemkin’s voice, Eyal’s sweeping transitions. We all collaborated and shared elements keep the visual language unified. Schechter and I mainly worked on Lemkin’s recreation scenes, while Garry Waller and Eyal Ohana worked with the animated writing and type, but there was overlap throughout. It was a rather complicated project to finish. As for delivery, we were delivering some elements that I had created in the very beginning, years ago. The thread of continuity really kept the original heart of the visuals alive. We delivered an enormous amount of work.

NK: What are your personal observations about using animation in a documentary context? When is the inclusion of animation most effective? Are there cases when animation shouldn’t be used in non-fiction film?

Schwartz: I think it is fairly simple. Animation is most effective when it adds, intuitively, to the experience—all the little extra, relevant details; the moods that are absorbed without the viewer actively realizing. It is heartbreaking to see a field of inky victims disintegrating when you know they aren’t just marks. They represent real people that could be your family. When used in non-fiction, animation can be especially poignant. People will always draw when they are in their darkest hour. We will always describe our stories to each other. That is why we love documentaries and that is why animated documentaries can be so special. In the case of Watchers of the Sky, there was almost nothing but Lemkin’s writings to work from. So, animation let us build a world to show his story and how it relates to all of us.

NK: Are there models for docs with animation that suggest how this new wave of hybrid docs may develop or evolve in the future?

Schwartz: This is a good question. I think there is a new willingness of viewers to engage in serious works of non-fiction that are told in visually disparate ways and sharp people who want to show the world in new ways. I’m quite curious what happens when different visual genres start to merge, bringing all kinds of animation, 3D/CG, game engines, info-graphic visualizations, and footage together to illustrate stories about the world. Clouds is a great example of a new interactive documentary format.

NK: Do you have to modify your creative process in terms of drawing or generating imagery on a computer when the project is grounded in the documentary tradition? Or is there no difference between how one approaches a fictional work and a documentary for you as a visual artist and animator?

Schwartz: Starting out, my personal process of drawing out images from the forming mist of ideas is similar, for non-fiction or fictional work, or my own artwork. For my own art projects, I am drawing on well-developed interests and research that has driven my body of work. For work for other people, I build on the visual and descriptions they provide, merging the verbal ideas with my own visual responses, to develop the language for the project. It is a collaborative process. However, once we get underway on a documentary, the process shifts. There is a special care required with non-fiction projects to respect those whose stories are being told.

NK: Do you have any personal favorite docs that use animation in a way that is particularly innovative and striking in terms of storytelling and expressing a character arc?

Schwartz: Feature length: Persepolis by Marjane Satrapi. But mostly shorts come to mind: Caroline Leaf’s work, her Eskimo tales are kinda, sorta docs. Not new, but I love her work. William Kentridge’s works about the Truth and Reconciliation Commission in South Africa. Orgesticulanismus by Mathieu Labaye about his father who was confined to a wheelchair; beautiful thoughts about the meaning of movement in our lives. Snack and Drink—Bob Sabiston and Tommy Pallotta. I Met the Walrus by Josh Raskin. Looking forward to seeing Michel Gondry’s film Is the Man Who is Tall Happy? about Noam Chomsky. I’m sure there are lots I’m forgetting, and lots I haven’t seen yet. I’d love to hear your recommendations.

NK: What programs did you use? Was it After Effects or Maya or other methods mixing traditional drawing methods with technology?

Schwartz: I combine all kinds of drawing on paper, painting, stop-motion, sculpture, photography, video, drawing in the computer and compositing and animating in After Effects. A lot of Photoshop. Sometimes, 3D but most of this project was built in 2.5D in After Effects.