Robert Greene is on our 10 Filmmakers to Watch list for his work on "Actress" and "Approaching the Elephant." 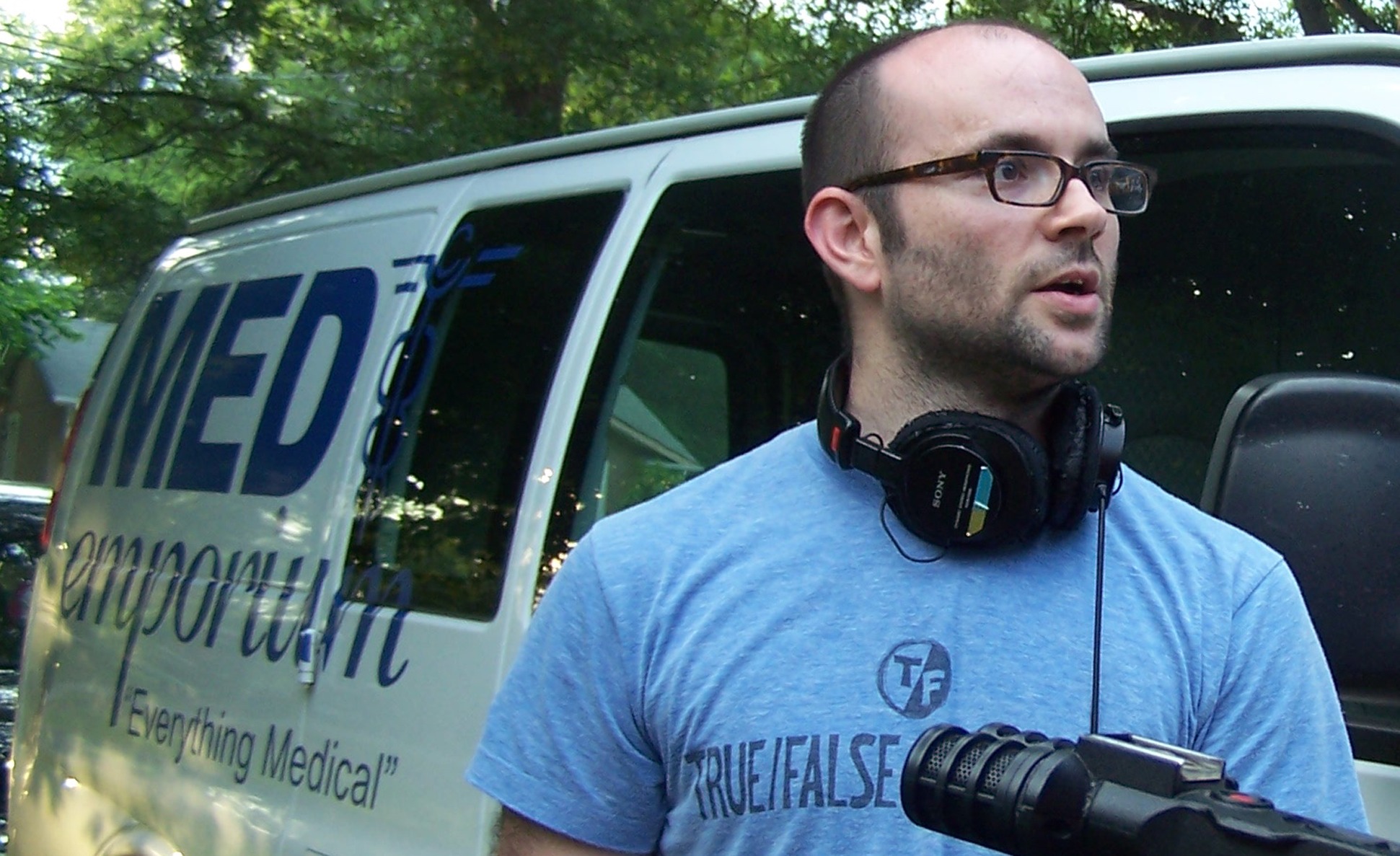 Robert Greene is on a mission. He wants to change the way you understand, see, and talk about documentaries. If he has to be a director, editor, producer, critic, and programmer in order to do it, so be it. Greene comments on what excites him about the complexity of contemporary documentary: “The only way to get to the truth is layering constructed truths and leaving them unresolved.”

Greene’s unique vision, grit, and seemingly unending body of work (particularly in 2014) caught our attention for 10 to Watch.

Greene was trained in filmmaking at North Carolina State, City College and, notably, Kim’s Video in the East Village. His directing career was both born from and enabled by his employers-turned-collaborators at 4th Row Films—Douglas Tirola and Susan Bedusa. After making 2009’s Owning the Weather with them, he brought them some footage from a three-day shoot of a young woman (his step-sister) in the life-changing moments before her high school graduation. He saw something special in the footage, and so did they. What followed was his 2010 release Kati with an I, which premiered at True/False Film Fest and was nominated for a Gotham Award for the Best Film Not Showing at a Theater Near You. With 4th Row’s support, he followed with Fake It So Real, in 2012, about professional wrestlers in North Carolina. Roger Ebert named it one of the best docs of the year.

Greene’s current film and critical hit, Actress, premiered at the True/False Film Fest in March 2014 and was the closing night film in the Film Society of Lincoln Center’s Art of the Real series. It features Brandy Burre, an actress most known for her reoccurring role on The Wire who is now a housewife raising two children with her partner in Beacon, New York and contemplating a return to stage and screen. When convincing Burre to take this project on, Greene said, “I was very up front. I start from a premise—documentaries are exploitative. I’m going to take your life out of context to make a film. And I need you to trust me that I will make a film that is worth it.”

Part of Greene’s success in creating such tangible intimacy in his work is due to the relationships he has with his subjects. Kati (from Kati with an I) is his half-sister. One of the wrestlers he follows in Fake it so Real is his cousin. And Brandy Burre is his neighbor in Beacon. There are practical reasons to engage in this kind of filmmaking; Greene is a husband and father to two children. He requires a shooting schedule that fits into family life. Though he claims to not want to be the guy “who just keeps the camera close,” the comfort of the characters comes from their familiarity with him, Greene’s closeness to these stories, and the people in them as they unfold. In these films he shoots for the sticky, uncomfortable, awkward emotional truth that guides the everyday lives of ordinary people. Through his vision of their reality, we begin to understand who they are, who they want to be and, perhaps, who we are.

His innovative vision has brought like-minded artists to his door and he has become a trusted collaborator to many working creatively in both nonfiction and fiction work. He edited Alex Ross Perry’s Listen Up Philip (Sundance 2014 / Comedy), and Douglas Tirola’s Hey Bartender (SXSW 2014). He edited and produced Approaching The Elephant by Amanda Rose Wilder (True/False 2014). And he has consulted in 2014 on such films as Lenny Cooke and The Vanquishing of the Witch Baba Yaga, among others.

With such an eclectic body of work behind him, Greene says he wants to build a career that no one has had before, pushing himself into greater creative risk-taking with each project. “When people talk about my work I want them to say: ‘What’s that guy doing? That’s something I’ve never seen before.’”

Did you know that in addition to his work in filmmaking, Robert Greene also writes essays about film? To read more about his parallel career and see a drawing by Rebecca Clarke, check out The Independent‘s Facebook page.