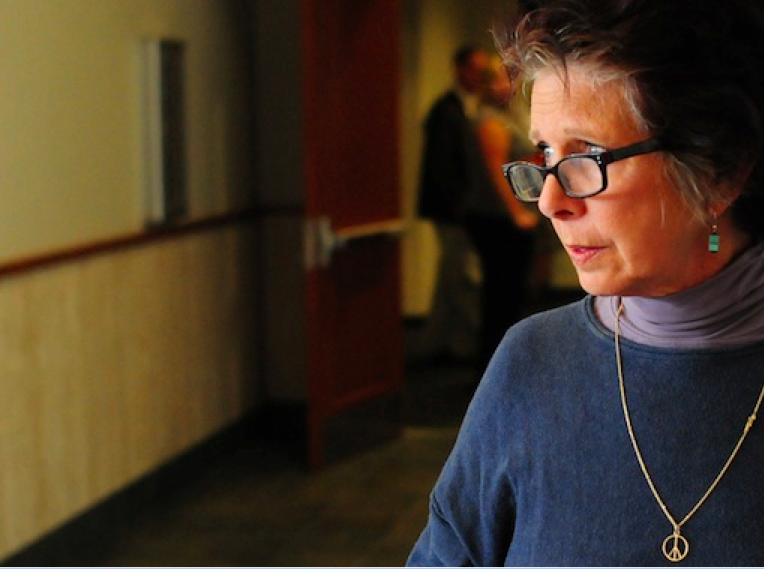 “Why didn’t you leave?”—the most common question asked of domestic violence victims—is fueling the recent cultural conversation spurred by multiple NFL incidents, most notably, Ray Rice’s videotaped assault of his then fiancée Janay Palmer. Beverly Gooden’s subsequent Twitter campaign #whyIstayed broadened the discussion to a world-wide audience. Prior to this, however, documentary filmmaker Cynthia Hill had spent several years of her life trying to answer the question, “why women stay.” At the Human Rights Watch Film Festival earlier this year, The Independent talked with Hill and her film’s subjects about how the very nature of the documentary process yielded a unique, intimate, insider’s perspective on this troubling topic.

Hill’s Private Violence, set to debut on HBO at 9 pm on October 20th, offers multiple explanations for why women stay, while respecting that every abused woman’s situation is different. The documentary demonstrates how fixating on that question—why a woman doesn’t just leave her abuser—reveals a fundamental misunderstanding about the realities of domestic abuse. The film also shows how money (or lack of it), shame, fear, isolation, love, along with family or religious pressures can all contribute to holding women hostage to an abuser.

In order to tell this deeply personal and at times painful story, Hill wove together two narratives—one about Kit Gruelle, a professional advocate for abused women, and a 30- year survivor; and another about Deanna Walters, a young mother in the middle of a lawsuit against the husband who nearly killed her. The rapport Hill developed with both subjects is what takes the film many steps deeper than a traditional news report. Hill said that their intimacy will engage the audience in a unique and profound way. “People think domestic violence is a tired subject. That’s not true. Watching this advocacy work behind the scenes was something I’d never seen in the media before,” she said.

Maybe that’s due to the fact that, as Hill said, Private Violence was all about collaboration. “Kit found me. I started spending a lot of time with her and became fascinated with her and her work advocating in the legal system on behalf of these women. At the beginning I was asking the same dumb questions everybody else asks. ‘Why doesn’t she leave?’ I believed ‘this couldn’t happen to me because I’m educated. This only happens to weak people.’ I had a huge learning curve.”

Describing her subsequent access to judges, cops, and abused women Hill acknowledged, “I was really fortunate to have Kit as my partner. She was my entre into this world. She believed in this project before I did.”  Initially Gruelle was not interested in being the subject of a film, as she wanted Hill to tell an historical story about the domestic violence movement. Hill explained, “I started shooting, but I told Kit I was filming the women around her, not her. She caught on though and said ‘You’re really filming me aren’t you?’ After some arm-twisting she agreed to be in the movie. We’re both two stubborn southern women, but I guess I was more stubborn.” 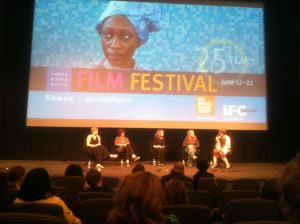 For her part, Gruelle hopes the film can make a difference in how society views abused women like fellow film subject, Walters. When they began shooting, the fate of Walters’ violent ex-husband Robbie was still up in the air. Walters’ safety could have been at risk by going public about what Robbie had done to her. When I asked Gruelle about whether she was afraid for Walters she replied, “If Robbie hadn’t gone to prison for length that he did, I would’ve been worried about her involvement in the film. I figured, we’ll get the story—if it can be used, great, if not, there are plenty of other stories.

Unfortunately we’ve got so many stories.” Hill was more concerned about how other people–Robbie’s family, Walters’ friends and family—would treat Walters once the film came out. “Her family was not fond of the idea of her participating in the film. They were concerned with ‘What are people going to say? How will she be treated in this community?’ They just wanted the issue to go away and for her to move on.”

Did Walters have concerns about participating in a documentary about her dark and frightening saga? “I was nervous,” she answered, “but I knew in my heart that helping participate could help other women to understand they weren’t alone.” Wanting to open up to a documentary filmmaker in order to help others in your same situation is a common motivation. In this case, Walters’ dream of helping others by sharing her story actually came true. “When the film debuted at Sundance and True/ False,” Walters explained, “people came up to me and said they were abused, including a man, who said I was the first person he’d ever told. He spoke to his wife afterwards and when she was shocked, he said to her ‘Let’s go home, I want to tell you about it.’” 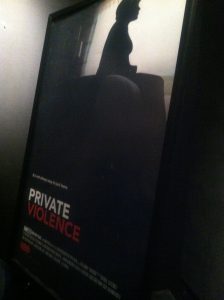 The film had a similar effect when it screened in June at the Human Rights Watch Film Festival in New York City. All three women—Hill, Gruelle, and Walters—appeared on stage in a Q & A alongside Gloria Steinem. Afterwards several audience members approached Gruelle to share their stories. One Upper West Side survivor described in a subsequent email to me how Walters’ story echoed her own: “This was a horrible situation and I feel like I was a victim of the Stockholm Syndrome. I still have terrible nightmares almost nightly and constantly think about what kept me in it. And looking back, I had been in other more subtle psychologically abusive relationships where I was told that I was stupid and ugly and no man other than he would want me.”

Increasingly, abused women like Walters are coming forward and telling their stories. Walters has received some negative feedback, but the majority of people, according to Hill “have reached out and praised her for sharing her story. By being in the film she’s allowed people to see what someone in her situation goes through, and that they don’t have to feel like they’re alone in this. She’s an incredibly strong and brave person. You watch this one woman’s transformation from victim to survivor. I was extremely lucky to document that. She’s a different person by the end of the film.”

You can catch Private Violence on HBO at 9pm on October 20th.