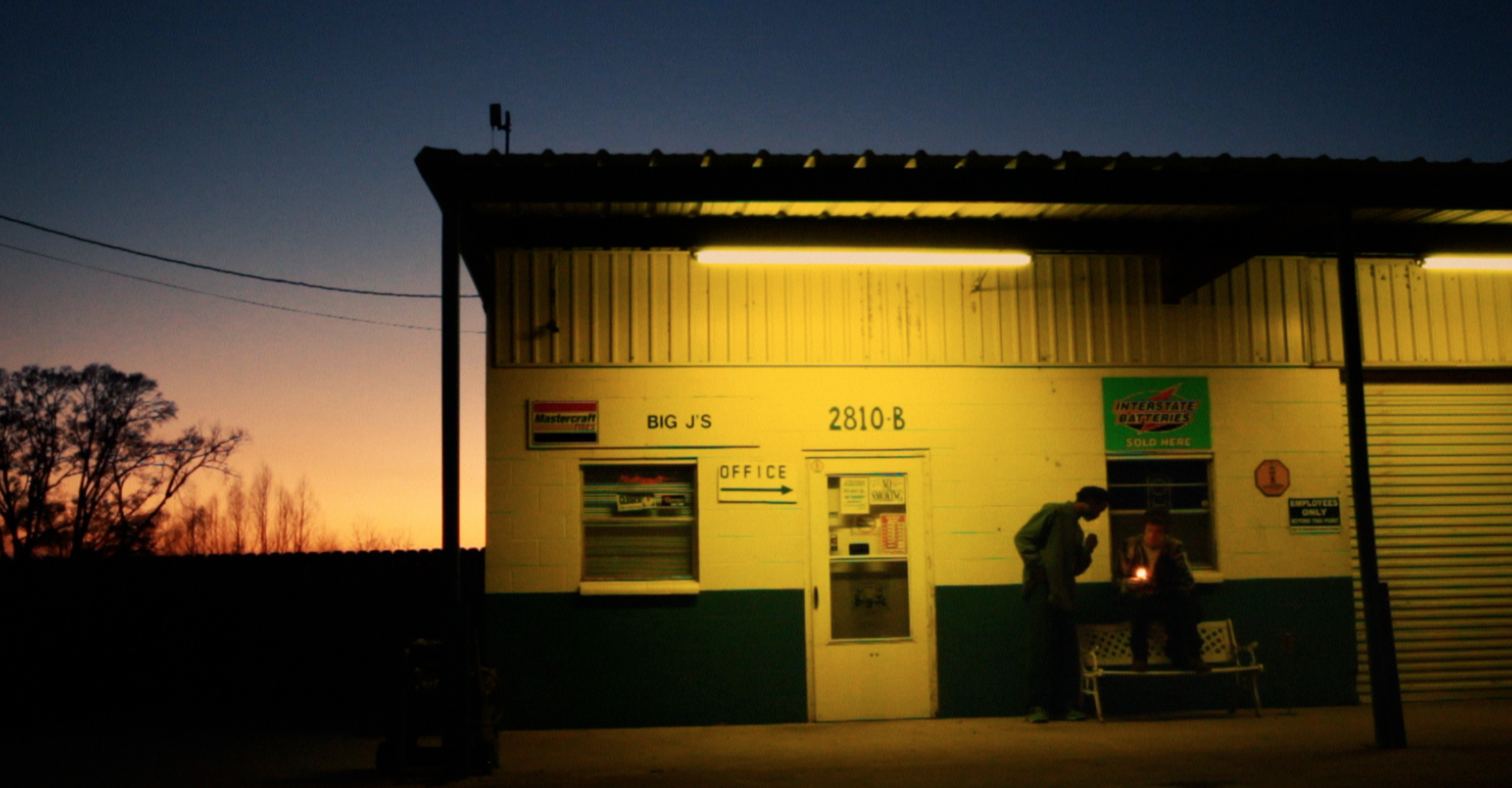 Montreal’s Festival du Nouveau Cinema (FNC) is a festival that doesn’t like to be put into neat and tidy boxes. This year’s boundary-blurring program includes everything

from satirical mockumentaries to poetic documentaries that include reenacted scenes. Staff writer Patrick Pearce sat down with the directors of two narrative first features with non-fiction characteristics to chat about their work, fielding ideas that could possibly link these two very different films.

Garrett Bradley wrote, directed and edited of Below Dreams, a gritty portrayal of struggling twenty-something characters set in equally struggling neighborhoods of New Orleans. Cast mainly from ads on Craigslist, the actors (all non-professionals except for one) bring much of their own lives into their characters, to poignant effect. Bradley scripted the IFC-funded film from conversations she recorded during bus trips between New York and New Orleans, and shot the film with a crew of seven.

Pascal Plante: For me it was super important to keep that… This nonsense, those moments when people just kind of loosen up and talk about stuff, because in between those narrative elements that you organize when you edit, make them flow much more genuinely.

Garrett Bradley: Yeah. Being able to talk is an important thing, being able to vocalize the things that people have problems with is an essential part of moving forward. If there is never a space to do it in art, hopefully, it’s the once space that allows for that.

PP: In the idea of talking shit, there’s the idea of the words don’t matter at one point. It’s more about connection, energy.

Plante: For me, the continuity, the physical continuity, I didn’t care less at all, but the emotional and acting and continuity was key for me to edit the scene and to ride that energy flow.

Bradley: I think I’m exactly the opposite. I mean in the sense that I think the words for me actually were always very important. The reason why we would spend so long with our characters is because I felt it was an opportunity for people to link moments that they see from the corner of their eye. When you’re walking down the street and you see a woman by herself with four kids. Or you see two black men sitting on a porch or a street corner talking.

There’s stereotype; these narratives that we imagine for ourselves, but we never have a moment to sit with them, to be in their life and to listen to what they have to say. And perhaps if we did, we would gain a better sense of our collective selves.

It was six months of rehearsing. It was establishing trust based on these realities that we both could share but then also saying, “Okay. What are the things that we want to talk about, and how can we make sure that we fucking hit them,” and write them down and rework them over and over and over again. They’d never been on camera before, ever. So it was a lot of just saying, “This is the opportunity. Let’s make sure we get it.”

PP: So living through characters; empathy.

Plante: For me it’s really all about the characters and it’s living something with those characters, and I really actually enjoy going against certain trend of too well scripted filmmaking, more American I guess, where you actually ‘get’ the character super quickly. I want to do the opposite. Like you think that this guy is actually an idiot and talks about sex and stuff all the time, when he actually turns out to be of the most thoughtful character of the whole film.

Plante: I told them from the get-go, “I want to show the worst and the best of you in that film.” Maybe a lot more of the worst, but in the end, maybe you disagree, but I think I did a pretty decent job of redemption. All of them find redemption at some point.

Bradley: Beauty, to me, always has a heart. I think it’s more about looking at these characters and they have a sort of a level of persistence and the capacity to feel joy and hope with nothing, which a lot of people who have a lot of things don’t have the capacity to do.

So I actually think it’s more about this persistence in life that needs validation, which is very rarely kind of acknowledged. How does one go through every single day in the situation that they’re in and keep moving forward?

Plante: To be specific about one of the characters in my film would be maybe my character and his acceptance with a breakup. A breakup might seem like a petty drama. Everybody goes through it, but when you’re early 20s, heartbreak can be like the most kind of heart-wrenching thing. However, for me, the real drama is not the breakup; the real drama is that I am getting away from it. I am avoiding confronting my new reality and I get a lot of criticism for that.

PP: He just wants to be like it was before, one of the guys…

Bradley: I think image plays a role differently for the three characters in the film and the emphasis sort of plays on Jamaine. And the reason for that is because there is always an emphasis I find on black people in America, maybe the whole world even, I don’t know, to be conscious of the way that they look, to not be threatening or to appear more professional. There is this heightened level of awareness.

Plante: Well it’s not a secret that for the characters in my film, God don’t play as big a role as maybe people from other generations did in the past, yes. But we still need that sense of belonging to something. For me, the friendship is key. Doing sports is also really…like being part of a team. Some believe that youth are unique in this sense of belonging. There are rituals in what we do. Stealing those chocolate bars, for instance. It feels stupid; it’s juvenile, but then again it’s something we did. Maybe God used to be a link in between people. Now, not so much but you still need to be linked.

Bradley: I was going to say my instinct is the same actually in the sense that I always want to find a way to speak in terms of this interconnectedness rather than this rampant separation between people. And with the three characters, I don’t want to say that their goals function as God necessarily, but there is certainly a persistence that exists within each of them that they’re able to pull in their own personal way.