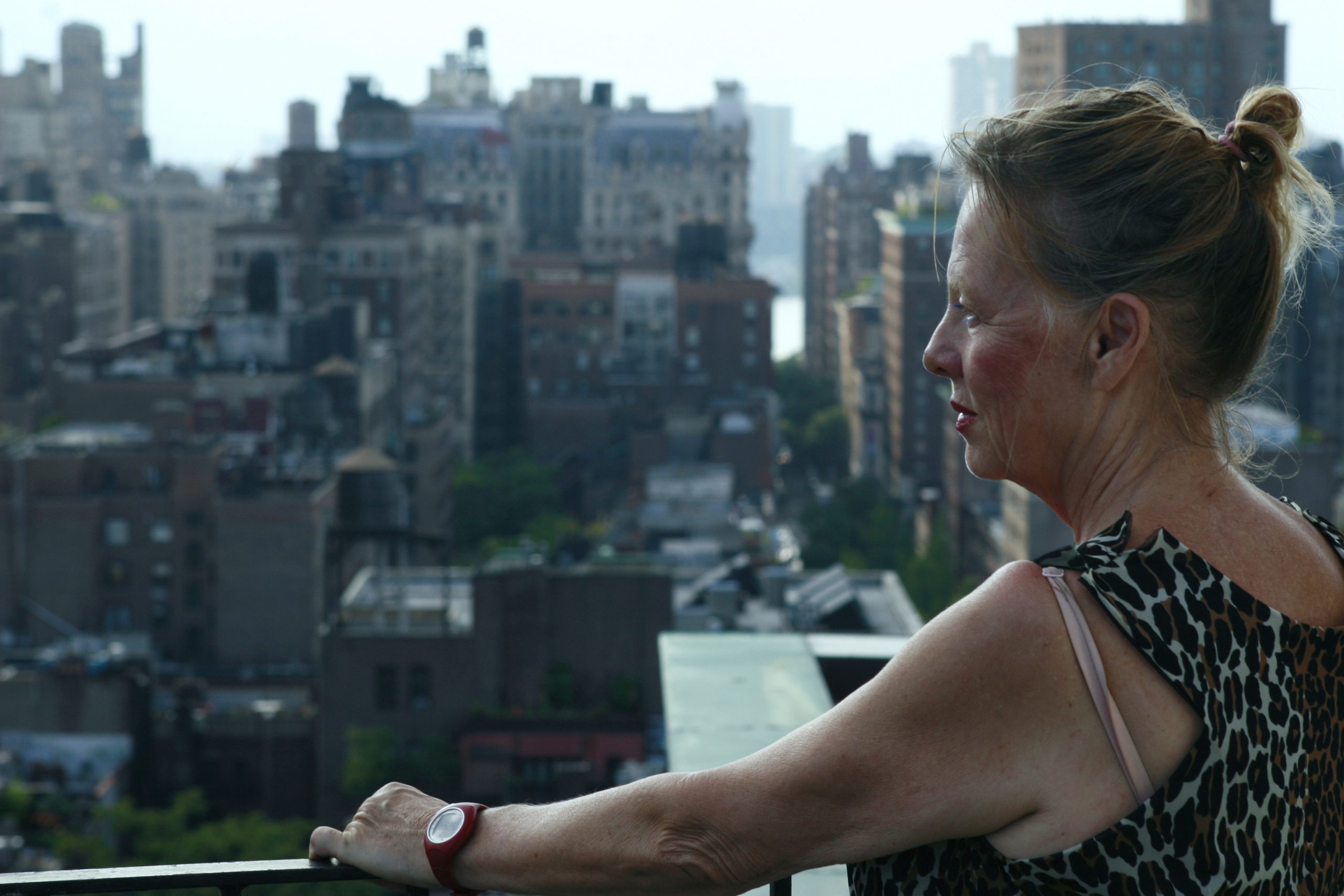 Join The Independent’s special contributor, Dana Knight as she speaks with Johanna St Michaels about Penthouse North at DOC NYC 2014.

Dana Knight: Could you please introduce the film and tell us what it’s about.

Johanna St Michaels: The film is about Agneta Eckemyr, she is a former actress/model, pretty well-known in the 60s and 70s, after that she became a designer. For 42 years, she lived in a fantastic apartment between 73th and 74th Street on Central Park West. The film is about her struggle to keep her apartment and growing older as a great beauty.

DK: What sparked your interest in her story?

St Michaels: First, it was the backside of beauty. My previous film ‘About Dina’, was about an agent in Hollywood who stole her model’s money to do beauty operations. I wanted to show the backside of the beauty industry and what happens as you grow older in that environment. But with Agneta, I slowly realised that her story was more about trying to keep her apartment and struggling with ageing.

DK: It seems that her identity is very much tied up with this apartment.

St Michaels: Very much so.

DK: But first, how did you meet Agneta?

St Michaels: When I was in my twenties I used to model for her. She was a well known designer and I used to model her dresses at the Swedish Embassy. Later we became friends. I’ve known her for about 25 years.

DK: Did she welcome the idea of this film immediately or did it take some convincing?

St Michaels: Actually she asked me to make a film about her. She had seen my previous films and said to me: “My life should be a film”. And I asked: “ Well, what do you want to tell?. And she showed me a script that she had written when she was 30 about her own jet set life. She got money from the Swedish Film Institute. It’s a very pink script, if I could say so, and very romantic. We tried to use it in the documentary as a backside story but it didn’t really work out. And then we changed course and the film really became about her life situation.

DK: So initially you planned this as a docu-drama?It is interesting how things evolved…

St Michaels: Yes. Her driving force in life was to keep her apartment and as a filmmaker there was no other story I could tell. Because trying to keep the apartment was almost taking up her whole time. Sadly enough it’s a very common NYC story!

DK: How would you describe Agneta, she’s a very intriguing character. Her glamorous past, the  aura of celebrity…

St Michaels: She’s a fantastic character. She was actually called the “Ambassador of Sweden in NYC”. She had a ‘revolving door policy’, and everybody came to visit her. And she’s fun, she’s upbeat. She’s a survivor of life basically. And she was extremely beautiful, she was on the cover of Playboy, Cosmopolitan. She had a film in Cannes Film Festival called Christopher’s House in 1970:s. And she was playing against Thommy Berggren who is one of the biggest stars in Sweden. So she was big in Sweden at the time.

DK: Something that struck me in the opening scene when she’s getting a massage is her open attitude, she doesn’t seem uneasy about showing her body as it is now. This is quite extraordinary for a former beauty, is she someone without vanity?

St Michaels: I would say she is both. She left the modeling days behind her, but she was still always waiting for Prince Charming to come to save her, always. She comes from a generation of women who were more dependent on men because they didn’t have proper education. Agneta says she never did a boob job or plastic surgery because she didn’t have the money. She’s very funny, she also said that being poor was the best diet. Today I think she is proud of her life. And she became a great designer, her dresses are timeless.

DK: But she also comes across as very resilient. The other Swedish beauty that comes to mind is Greta Garbo and she was known for her resilience and the fact that she could take on the fame and not be too affected by that.

St Michaels: Yes, and I think Agneta is very down to earth. She likes to have fun. And she likes to be beautiful and she loves when people tell her that she is beautiful. But she’s a complex person, and she has many other sides that she has developed.

DK: On this note, how did your image of her change during the making of the film?If it changed at all.

St Michaels: Her health was deteriorating during the four years it took to finish the film but at the time we didn’t know what illness she was struggling against.

The film is a bit like Sunset Boulevard, Agneta kept all of her old photos in the apartment. I sometimes felt she was living in her past life, instead of cherishing what she had now. I felt that as a woman, you have to have something else, apart from your beauty, you need to develop some skill. You need to have a plan for your retirement if you go into modelling, dancing, acting. You also need to let go of things from the past, don’t hold on to commercial objects. Just give it up, have a life, start a new life, you don’t have to be stuck in the past.

DK: When did you start making this film and how did the process unfold? 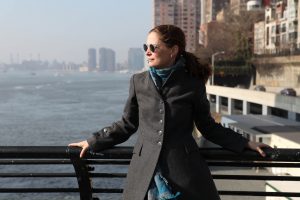 St Michaels: We started in 2010. Back then she went to Sweden and pretended to look for expensive summer houses in a TV show. But in 2011 her money situation got acute, she didn’t even have electricity. Together we decided to change course and focus on the apartment, and I followed her through 2013 when she finally left.

DK: In what ways would you say this project differs from your other projects?

St Michaels: I have always had an interest in telling stories about women and looking at the flip side of the fashion industry, because I feel we have such screwed-up ideas about beauty and the female body. But Penthouse North was a long process, I’ve never shot over 3 years before. So it differs in that way. And also filming someone who has been a celebrity was a new experience because there are so many people who want to protect the person from being exploited, which is very understandable. But it makes your job as a documentarian harder.

DK: On the technical side, what made you want to use voice-over narration?Is it a personal preference or did you feel that the narrative and portrait of Agneta benefited from this commentary?

St Michaels: I was for a long time trying to do the film without voice over. But it was difficult to film Agneta without her talking to me behind the camera. I became automatically a character in the film. Also the voice over helped with establishing her back story in a more effective way.

DK: How many hours did you shoot and how did the editing go?

St Michaels: It was very difficult, we shot about 400 hours, which turned out to be a lot. First we thought we could do the editing in 3 months but we edited for almost 5 months. And it was hard, we had several test audiences coming in and we kept asking them: “Are we humiliating her or are we ok? Are we showing too much?”

DK: Did she have a say on the editing by the way?

St Michaels: She was quite ill near the end of editing. But she saw the film and she liked it. And I showed it to her closest friends, and her son got a link to the film.

DK: Where are you on the festival circuit, I know the film premiered at Hot Docs in Toronto…

St Michaels: We went to Leipzig DOX, Iceland Film Festival (RIFF), in Hot Springs and now we are going to a Women’s Film Festival. I want to push it in that direction, the Swedish Film Institute is also helping with that. It has been shown on Swedish television of course, and will also be shown in Finland.