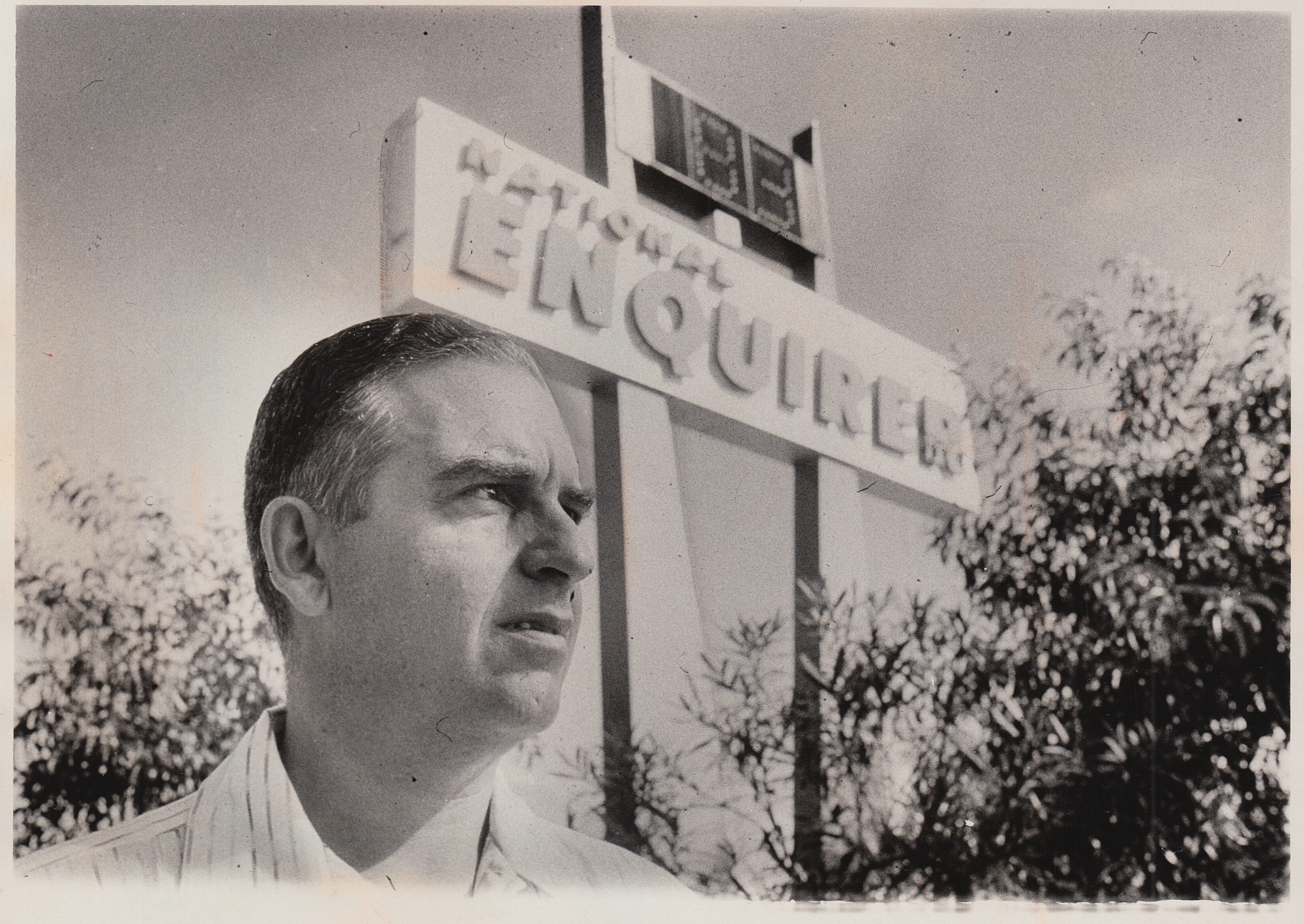 For this edition of Filmmakers and Their Global Lens, The Independent’s special contributor, Dana Knight spoke with veteran documentarian, Ric Burns about Enquiring Minds: The Untold Story of the Man behind the National Enquirer at DOC NYC 2014.

Dana Knight: This is a very interesting and entertaining documentary, just like the real-life person it is portraying, Generoso Pope, the founder of the National Enquirer.

Ric Burns: That’s music to my ears! He’s incredible, yes. And I’m working with a couple of people, the narrator of the film, Oliver Platt, to try and turn it into a huge dramatic mini-series. Because the story of this guy and his dad is just amazing. His father came from nothing, he came here with $10 in his pocket in 1906 and ended up being the wealthiest Italian-American in the country and in the world! 10 45th Park Avenue is the most prestigious address in NYC, he moved into it when it opened in 1929, a 22-room duplex. That’s the father, who was a bit of a Fascist, a friend of Mussolini and a friend of presidents…Since Frank Sinatra, Americans had this love affair with the Italian-American culture. Up until that point in the 40s Italians were hated. After that everybody loved Italians and it became the era of the Godfather and this love of everything Italian, the food, the idea of the Mafia. And this story is like 80-100 years of the real thing, this semi-Neapolitan family from the Campania in Southern Italy who came over and they do fantastically good and then the family hates each other and the brother hates the youngest son and he screws up and starts this incredible magazine, this terrible tabloid. I don’t think Fleet Street had anything quite as low as the New York Evening Inquirer. And it just came out of some weird, idiosyncratic set of talents and obsessions and bribe.

David Pecker who is head of the parent company that currently owns the National Enquirer says in the film: “The tabloid cashed in $ 2 billion a week in its days of glory”. That’s insane!

DK: And this is also the quintessential American story, from rags to riches.

Burns:  That’s right, absolutely, from rags to riches. And both the father’s and the son’s story are totally unknown. Coming to America, Ellis Island, sleeping under a park bench the first night he is here and then he is ruling the world! And then he drops dead of a heart attack in the 1950s.

DK: As you’d expect, after such a life.

Burns:  As you’d expect, yes. And he achieves what a friend of mine calls “instant oblivion”. Nobody remembers Generoso Pope. But there was a time when he was a household word, particularly in NYC. Franklin Roosevelt doesn’t write letters to “My dear friend Gene” for nothing. You couldn’t be elected president of the US in 1935 or 1940 without the Italian vote and Generoso Pope, the father, had the Italian vote in his pocket.

DK: That’s amazing. And I had no idea the character of the “Godfather” was fashioned on him!

Burns:  I love that. Also on Frank Costello who was a good friend of the father and the godfather to the son who started the National Enquirer. People sort of say that the character of the Godfather was fashioned on a number of different people: Frank Costello and Generoso Pope Senior. And they say the father wasn’t in the Mafia…But listen, you don’t get to be the largest supplier of construction materials in the country without being associated with the Mafia! And somebody says: “He wasn’t in the Mafia, the Mafia came to him for favours!” So the Mafia was just one more big string that Generoso Pope Senior pulled. And Don Corleone was indubitably Frank Costello who was “Capo di tutti capi ”, he was the most powerful Mafia figure. And the most interesting. Gene Pope’s godfather helped him out enormously.

Burns:  It was very challenging. And I’ve made documentaries for nearly 20 years and I made a lot of movies! But the humbling thing is that it doesn’t get any easier. Maybe you get better as you get on but that doesn’t mean it gets easier. And the challenge of this was really a challenge of tone. I made historical biographies about Ansel Adams the photographer, Andy Warhol, Eugene O’Neil, 18-20h films about the history of NYC. So your aim is explaining to people in the course of your story what it all means, you’re interpreting. And the hardest thing of this was, and it took me a log time to realise, there’s no interpretation. This is just the story.

DK: You just told the facts.

Burns:  Exactly, just tell the facts and get out of the way. And every time I succumbed to the temptation of getting in the way, it kind of deflated the story. So it was about the tone. And you might not think it’s great to have a $2 billion a week tabloid industry but you can figure that out yourself, I don’t need to interpret your conclusions for you. Just tell the story, this incredible father-son story that’s on one hand about stone and building and on the other hand about newspapers and tabloids and celebrity. From 1906 when the father arrives in NY to 1988 when the son dies, it’s like One Hundred Years of Solitude in America.

And what I also love is that people refer to the National Enquirer which is synonymous with downmarket journalism, and maybe they make it up and they are paid for it and it’s sleazy, stuff like that. But these were the highest- paid journalists in the world, running the paper and doing the editing and doing the writing! They raided Fleet Street, one person says in the film: “Gene, why do you always hire English journalists?” He says: “American journalists want to save civilisation,  English journalists want to make money”. And it’s absolutely true! So it’s either Gene Pope himself who was this wacky, eccentric genius, or any of the people he hired to do the editing, writing, they were incredibly smart people.

DK: And the incredible thing is that he knew the American mind, what the public wanted to read and hear about in a newspaper.

Burns:  Absolutely. He knew the American mind. This guy, silver spoon, private school, 22-room duplex, the opposite from his father’s upbringing. But for some reason and in a weird way he had his finger intuitively on the pulse of the average Middle American, the house wife who goes shopping for the weekly groceries at the grocery shop.

DK: And being in tune with your time, this is ironically what an artist is!

Burns: Right! I made a 4-hour film about Andy Warhol a few years ago and he is born exactly the same year as Gene Pope Junior. And in a funny way they are twins, these people grew up and they just understood, they got it. And they had no compunctions about commerce, had no high ideals, they were just out there. And maybe Andy left a greater mark on culture but who’s made a bigger mark on the entire society?