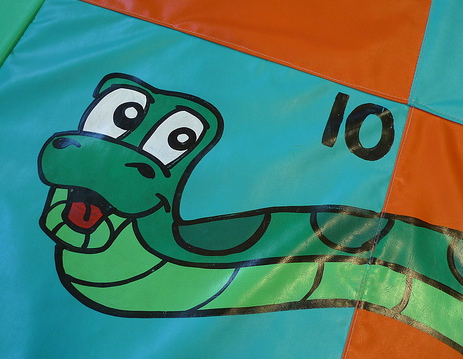 A Snake at Number Ten by Foilman

For seven years running, The Independent has selected its 10 to Watch in order to highlight filmmakers, producers, programmers, and others who will open our minds to the independent cinema of the coming year.

As ever, we ask for your help in finding and nominating the right people for this spotlight. We always choose filmmakers from the open process. We also take at least one person from suggestions provided by each of our nominating jury members, TBA below.

Nominations will be accepted until February 18, 2015. Nominate colleagues, friends, or even yourself. Our selection process prioritizes those who worked on an independent film to be released in 2015. We choose filmmakers who are creating work that you love, imbued with passion, courage, and shifts either the form or the world in some significant way.

We review and consider every nomination that we receive. Here is a guide to the kinds of filmmakers we hope to identify as 10 to Watch for 2015:

How to Submit a Nomination

DEADLINE: FEBRUARY 18, 2015. Please send the nominee name, complete contact info (email, phone, website(s), etc), bio, and reason for nomination to maddy AT independent-magazine DOT org. Thanks one and all!

Chico Colvard is a filmmaker, lecturer, and the Founding Film Series Curator at the University of Massachusetts Boston. In 2012, he received the Distinguished Faculty Award for Academic Leadership and Outstanding Service to the Students at UMass Boston. His award-winning documentary, Family Affair, premiered at Sundance and has broadcast on the Oprah Winfrey Network: OWN and other cable channels around the world. He is a former Sundance Creative Producing Fellow, Flaherty Fellow, Firelight Media Producing Fellow, and Filmmaker-in-Residence at WGBH. He has received funding from the Ford Foundation, LEF Moving Image Fund, Paul Robeson Fund for Independent Media, and Vital Projects Fund. He is a former DocYard moderator, a frequent guest speaker at colleges and universities, film festival panelist, and former juror at Full Frame, Silverdocs, Woods Hole and IFFBoston. His new film, Black Memorabilia, examines the subculture around the collectibles and antiques that serve as reminders of America’s troubled racial past and present.

Kelly Leow is the Deputy Editor of MovieMaker Magazine, the 22-year-old independent film publication based in Santa Monica, California. Born and raised in Singapore, she graduated from UCLA with a B.A. in English, and has remained in Los Angeles ever since. In her time at MovieMaker, Kelly has done jury duty (festival, that is) in New Orleans, journeyed to Malaysia to attend screenings of censored cinema, and eaten porridge in Park City with Pulitzer Prize-winner Jonathan Gold. She aims to make independent filmmaking more rewarding (though not easier—where’s the fun in that) one article at a time.

Elizabeth Mims grew up in Austin, Texas and graduated with a BFA from CalArts. Her 2012 film Only The Young was theatrically released by Oscilloscope and won numerous awards including the Silverdoc’s Sterling Silver Award for best US documentary, American Film Institute Audience Award, and was nominated for a Spirit Award. She has worked with Austin Film Festival previously as the Director of the Young Filmmakers Program.

Kamal Sinclair is a transmedia producer, theatrical director, community arts leader and multi-disciplinary artist. She serves as the Senior Manager of the Sundance Institute’s New Frontier Storylab, which supports artists working at the convergence of film, art, media and technology; and, as artist and producer on the Question Bridge: Black Males collaborative transmedia art project. In 2012, she worked at 42 Entertainment on projects such as Legends of Alcatraz and Random Acts of Fusion. Her professional career began as a cast member of the Off-Broadway hit STOMP and founding artistic director of Universal Arts. As a consultant she worked on projects for the Woodruff Arts Center, Fractured Atlas, Hank Willis Thomas Studios, the National Black Arts Festival and other arts entities that led to major funding for arts and arts education initiatives, the production of major audience engagement events, strategic planning for art programs and business training platforms for artists and arts managers. She graduated with her BFA from New York University’s Tisch School of the Arts and her MBA from Georgia State University’s Robinson College of Business.