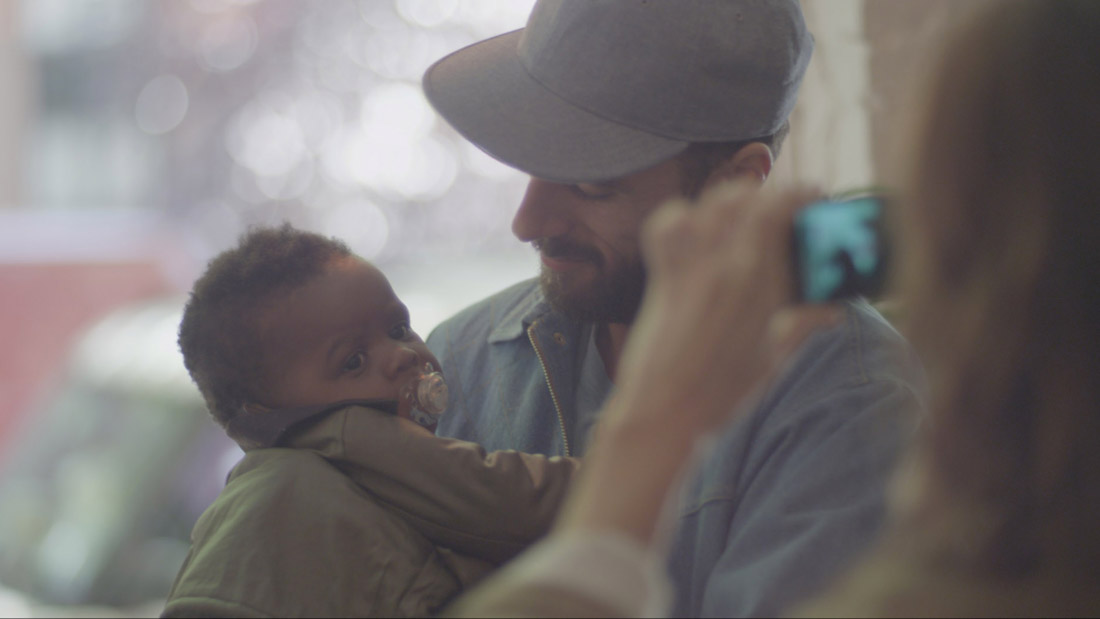 Park City, UTAH — Nasty Baby. If the title sounds like a strange dichotomy, it should. It’s also representative of the film as a whole. Nasty Baby stars Sebastian Silva, Kristen Wiig, and Tunde Abebimpe. It was featured in the NEXT program, a festival category established in 2010 to showcase innovative forward-thinking storytelling. Silva is the writer/director and Nasty Baby is his fifth Sundance premiere.

Part one of this film’s dichotomy is the baby. Babies are Brooklyn artist Freddy’s (Silva) latest project–in more ways than one. Freddy and his boyfriend, Mo (Abebimpe) are planning to have one, in vitro, with Freddy’s best friend Polly (Wiig). They lead modern, bohemian, lives in Brooklyn where family is what you make of it and the world is your oyster. They support each other and their neighbors as if they were extended family, including their older neighbor, Richard (Mark Margolis).

Babies are also a key feature of Freddy’s upcoming art installation (also entitled “Nasty Baby”), performance art, if it can be called that, where Freddy imitates a baby. He recruits his family of three to contribute and Photoshops his face on the body of a baby.

Freddy’s literal infantilizing–as well as Polly’s and Mo’s (in full beard)–left the audience roaring. Their display emphasized the immature actions of this trio. Silva masterfully imbues Freddy with self-absorption as he bounces from one idea to the next and escalates situations, rather than taking responsibility for his actions and decisions. Wiig is hilarious as best friend and neighbor, in a role that seems natural for her to play. The first part of this dichotomy is like a fantasy you don’t want to end.

Then the direction and mood of the film abruptly change to something darker and more sinister, related to the trio’s interaction with a mentally ill man, called The Bishop, who lives down the street. Freddy’s nature of careening through life takes on a dangerous form. His actions implicate every one he loves and they become willing participants. The same rooms where we had seen so much love and laughter are now filled with horror, as the same song plays in the background.

“This is almost another movie,” the woman next to me whispered. This second part puts the nasty in Nasty Baby, leaving the audience that I was with perplexed. There was no Q&A after the screening to gain the clarity, or empathy, that a filmmaker’s comments can often provide.