Steven Abrams Interviews Eden Brolin and Danielle Brooks from I Dream Too Much. 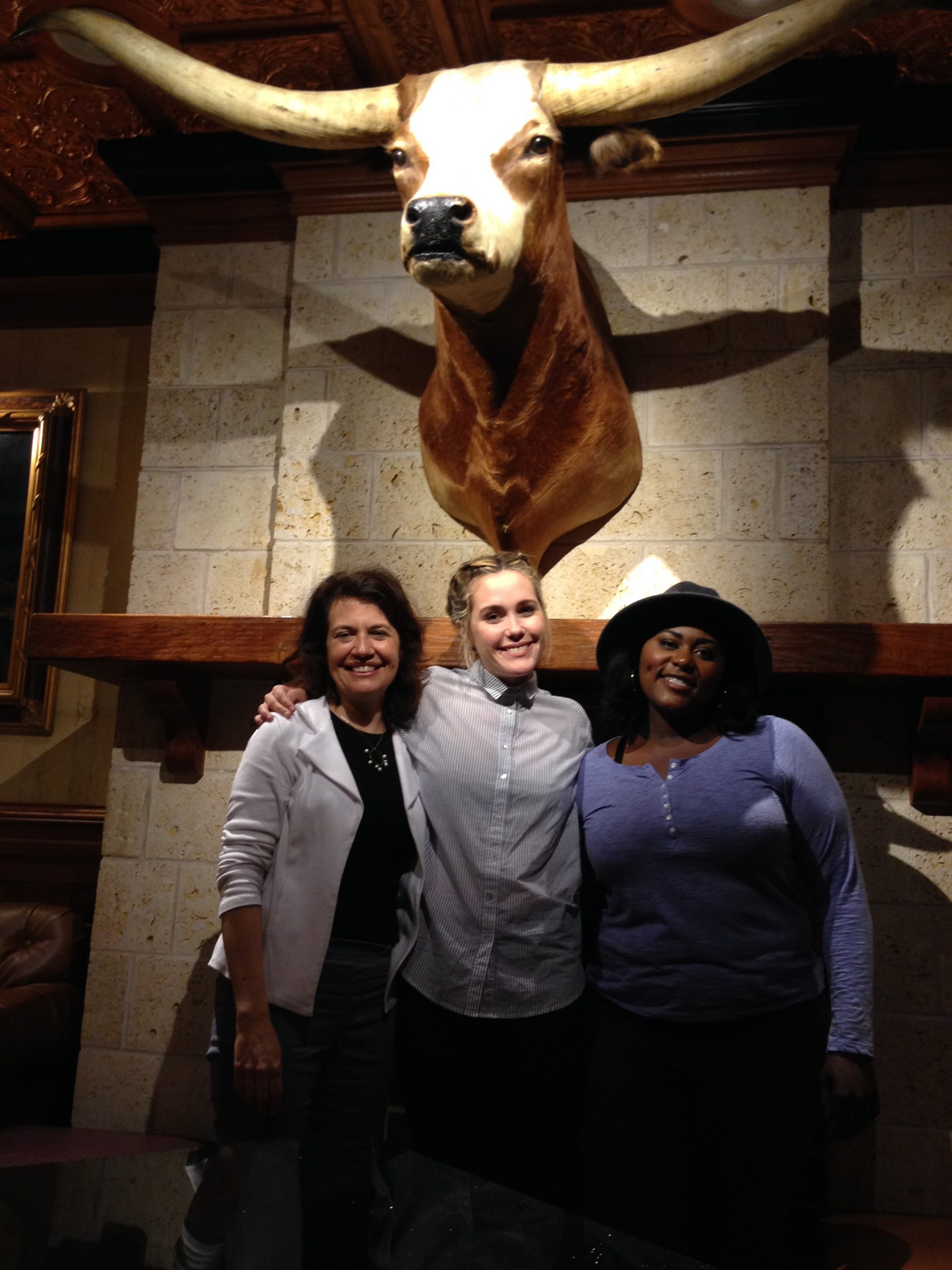 Director Katie Cokinos, Eden Brolin, and Danielle Brooks of I Dream Too Much at SXSW. Photo Courtesy of Steven Abrams.

The Independent seeks out the collaborators, mentors, colleagues, and friends of our 10 to Watch filmmakers in order to hear more about how they inspire others working in independent film. Steven Abrams talks with Eden Brolin and Danielle Brooks about what they learned from working with 10 to Watch’s Katie Cokinos.

Steven Abrams: Eden, your character Dora, lives so much in her head that she’s not always aware of how her actions might hurt people. She hurts Danielle’s character, Abby, and Vera (Dora’s aunt) pretty significantly. How do you embody a character like that?

Eden Brolin: I don’t think there is anything ever malicious. She never intends to hurt anyone. And it is usually the complete opposite. She’s a little bit flighty, but she had gone to help Abby [Danielle Brooks] and got stuck on helping someone else. It was all about good intentions. That was a huge thing for me to realize, because at first I looked at the character and, it’s not that she’s awful, but where is the consideration? And I think the fact that – and Dora comments on it – she’s turning into her mom – not having any consideration. It is an interesting thing to look at and to learn. It’s those patterns and habits that you do pickup from your parents.

You look at Dora’s mother and she has the best intentions to her daughter and having her daughter follow a comfortable path. That is a control issue. Being able to realize that, and understand that it is about good intentions was really interesting for me. It’s given me a different perspective.

SA: Danielle, your and Dora’s character build a friendship very quickly. But your character is one of the few people who hold Dora to task for her actions. How did you approach that balance?

Danielle Brooks: Abby is someone who is about to turn 30 and she has to take on raising her stepsister. She has responsibilities.  She is more grounded and I feel that she is someone that does not have the patience for just making silly decisions. For instance, when Abby is given the opportunity to be in a room with a major music producer she wants to take advantage of that moment. She doesn’t have time for Dora. I love that layer about her.

SA: How did you prepare for the singing aspect of the role?

DB: I am a singer, but I have a weird relationship with calling myself a singer. I have one song that I wrote in the film and one written by a band called Three, a local band from Saugerties [in New York]. I got to go in and work with them on one of their songs, which was really cool.

I’m so honored that Katie and the producers used a song of my own into the film. It is the first song you hear her play. It really hit home, when we were in the theater and the audience is listening to a song that is actually mine, and my character is going through the same thing. It is kind of trippy in a cool way. It was a good experience for me personally for me to share something of mine.

DB: I really like working with her. Katie is very positive and caring. Being in the snow, she was always asking if we were okay and if we needed anything. I think it’s the Texas in her – that Southern hospitality. I’ve worked with other directors on the Orange is the New Black, we have guest directors coming in, and they aren’t as caring about those things. I don’t know if it is a New York thing or LA thing, but I really appreciate Katie. Maybe it is because she’s female, maybe that has something to do with it.

EB: She is always brings a lot of fun to the set and to rehearsal. I learned a lot about Dora from watching Katie, from being around her. I think that was a really nice part of her being the writer and the director. She is open to working with you. I got to watch her be Katie too and be able to take a little bit of her into Dora. Definitely the more positive, perky side of Dora.

DB: I think she’s a great director and very open. She allows room for creative freedom from her actors and she listens to what they have to say to enhance her vision. It’s nice to working with writer/directors who are open. Sometimes people are so precious with their work that they won’t allow room for creative freedom – and for the actor to do their actor duty too. As an actor, we actually embody the character and we get a different sense of that character than the director does. When you find a good balance of what the director is looking for and what the actor needs it’s a beautiful thing. You don’t find that balance with every director.