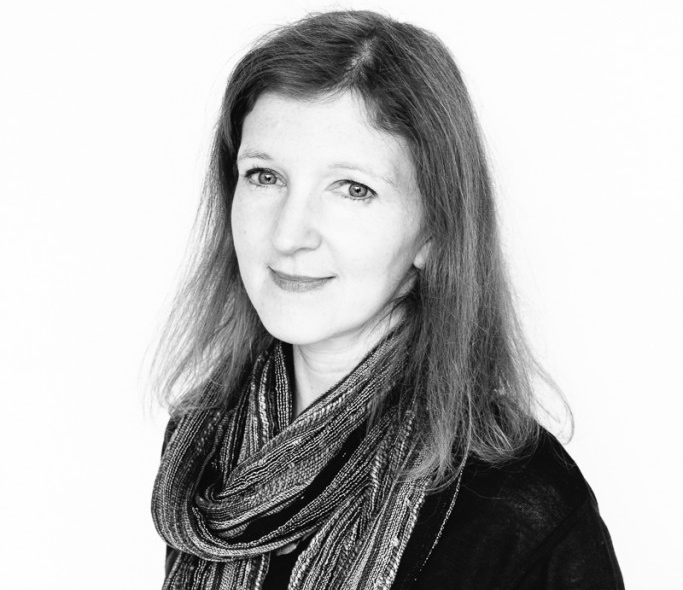 Fort Bliss follows a single mother trying to reconnect with her son following her 15-month deployment in Iraq as a medic. It is, as producer and cinematographer Adam Silver says, “the kind of movie that gets you out of bed in the morning.” Silver worked with co-producer John Sullivan on the film. Silver spoke with The Independent’s Catherine Epstein about the film’s visual style, the responsibility he and 10 to Watch in 2015 director Claudia Myers feel to the military community, and what makes their artistic collaboration strong.

Catherine Epstein: How did you and Claudia meet?

Adam Sliver: Claudia and I went to film school together at the graduate program at Columbia. We didn’t really collaborate in the program, but immediately afterward Claudia hired me to be the DP on an interactive training film for the army. That shoot had us at Fort Bliss in El Paso on an actual army post for five weeks. Through that experience, the movie Fort Bliss was born.

CE: What did you both notice while you were there that made you think this could be a strong story?

Sliver: There’s something really interesting about the location. It’s the largest army post in the country. It straddles the border, and El Paso and Juarez, Mexico are basically like sister cities. It has an interesting cultural position as a border town. So many themes of the film were about a character who’s sort of caught between two worlds – between the civilian world and the military world – and we thought there was an interesting parallel with Fort Bliss as a city in itself, which is in a similar position being on the border between two very different cultures and countries.

CE: Claudia chose to immerse herself in military culture and soldiers following your work on the training video– what prompted that?

Silver: It’s really hard for anybody who starts to even put a toe in that world to not get personally involved very quickly. It was such an important time for our country – we started talking about the film at the height of the wars in Iraq and Afghanistan – and I think we felt like the soldier experience in deployment was very much a story in the media and the news and in film and television already, but the story that we’re telling in Fort Bliss was sort of the flip side of that – this other cost of war. What is that toll on the family? That was really important to Claudia to put a spotlight on, that extra sacrifice that people in uniform make that nobody really thinks about.

CE: Did the film’s timeliness – and the fact that you both spent so much time with military families – make you feel especially responsible to get the story right?

Silver: Yeah, absolutely. We always felt the core audience was people in the military community. And it was so gratifying that the response we got from them has been so strong. We had soldiers coming up to us after each screening thanking us for putting this onscreen and for doing our homework. It was such a mandate from the beginning to get it right from the soldiers’ perspective.

I think one of the big-picture goals that all of us had was bridging the divide that we always see between the people in the armed forces and the civilian community. That really became one of the primary missions of the movie – to bridge that divide.

CE: How did you and Claudia decide what the film was going to look like?

Silver: We wanted to ground it in realism and naturalism as much as possible, so we took a sort of documentary approach. The camera work was something like 90% handheld, and we used a lot of natural light, and there was a lot of freedom for the actors to move around and not be pinned down to marks. But then within that, we wanted to use the visuals to help reflect the journey that [the protagonist] Maggie goes through. A lot of films, I think, render the soldier experience in deployment in a sort of high-contrast, bleached-out, harsh way. But in this film, we wanted to show that for Maggie, the military world is the opposite of that. It’s vibrant and warm and colorful and rich. Whereas the civilian world, especially when she first comes back, is sort of lifeless. It’s muted colors, and it’s drab by contrast. And then as she warms up to her role as a mother, we see that world warm up for her. So we wanted to reflect the character’s journey, but we had to stay grounded in realism and naturalism.

CE: The film includes a few key moments of slow motion and muted sound or silence. What did you want to highlight and communicate in those moments?

Silver: We had a few buzzwords that we used to describe that mode of telling her story, which was very much Maggie’s internal perspective. For those sections, we used the phrase “combat mode.” Maggie needs to be able to tune out her emotions in order to do her job. The first time we see that is when she’s doing improvised surgery on a soldier who’s been hit by a grenade. Later, when she has to take [her son] Paul from his dad for the first time since returning, you see her sort of go into that same mode, which reflects that this is how she has to tune out her emotions to get done what she needs to get done.

CE: How would you describe Claudia’s filmmaking style?

Silver: She’s very detail oriented. She’s extremely passionate. I think she approaches all the stories she tells from a very personal perspective. I don’t know if she’d be capable of directing something that was done on the surface level. And she’s extremely committed and driven. We worked very closely together, but obviously without her dedication and her drive the project would not have happened. It’s also a social issue movie, which is a kind of amorphous term to use, but…it gives you a larger sense of purpose. This was the kind movie that gets you out of bed in the morning. This is a story that I think people should see, and an issue that people need to be aware of. That drove everybody, including Claudia.

CE: What do you think makes you and Claudia strong collaborators?

Silver: There’s not a lot of ego. There’s an acknowledgment that – this is sort of an army-ism – the mission is more important than the individuals on the team. That sounds cheesy, but it was such a purpose-driven project, and that superseded anybody’s ego. And on top of that, we just share a sensibility. We were on the same page from the beginning. There’s a look-book that we made way back in pre-production, before we even knew the movie was going to happen, and the finished film is so similar to the look book. The thing we set out to accomplish we achieved without a lot of disagreement. And on the original video project we did together, spending five weeks together in El Paso is such a test of how well you work together. You’re out in the desert with somebody in 110-degree heat, running around trying to make a movie. You have a shared sense of mission.