Cinematographer Radium Cheung is on our 10 to Watch list in 2015 for Tangerine, which was shot entirely on mobile phones. 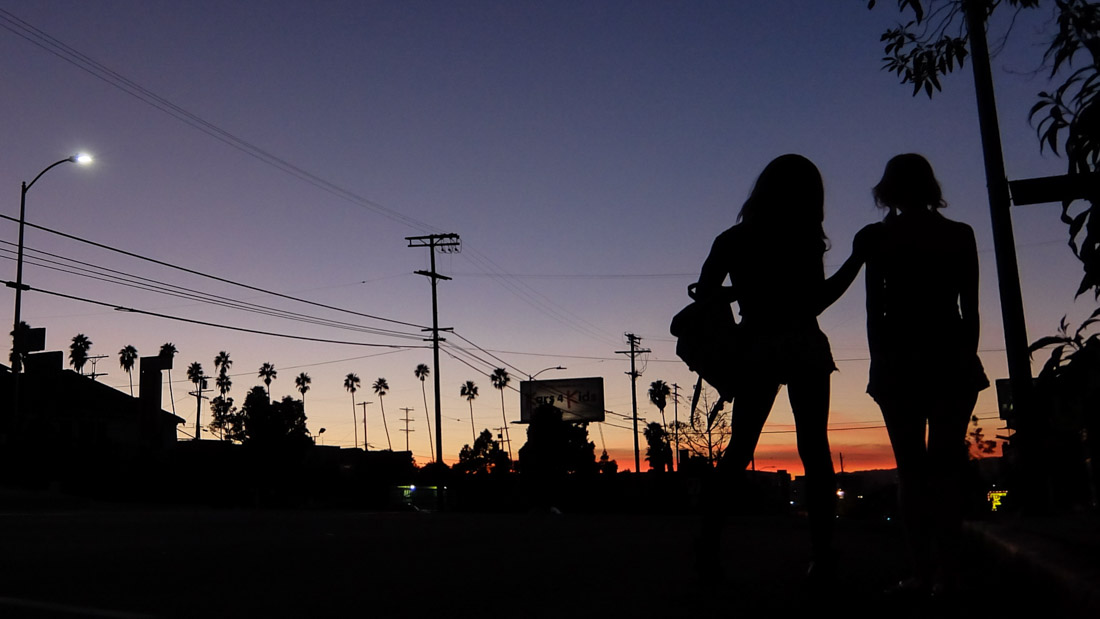 Over his 20-plus years in the world of film and television, Radium Cheung has worked as a gaffer, a camera operator, a director of photography, and even an actor. But if there’s anything that has remained a constant throughout, it’s the grounding philosophy he has operated by: simplicity is key. Whether it’s his penchant for natural lighting, his distaste for cumbersome props, or his tendency to let the elements dictate his style, his sensibility is characterized by a premium on fuss-free authenticity.

And yet, even he would agree that his latest endeavor, as co-cinematographer of director Sean Baker’s Tangerine, takes the “less is more” concept to new heights. The story of a transgender prostitute on a rage-filled search through the streets of Los Angeles for the pimp who broke her heart, Tangerine became one of the buzziest films to emerge from this year’s Sundance Film Festival. Screened as part of Next, a category celebrating innovative ways of storytelling in cinema, Tangerine more than fit the bill with its shoestring budget, an unconventional protagonist—and shot entirely on mobile phones.

Catching most of its audience by surprise during its premiere, only the most discerning eye would be able to detect that Tangerine was made with anything other than a professional camera: the focus is sharp, the grip steady, the angles atypical yet confident; but that is more than can be said for the actual production process, where the departure from conventional filming methods was acutely felt. Few would have been capable of the job. With little equipment and perhaps even less funding, it was hardly what any cinematographer would call ideal conditions for filming.

Cheung was a natural first choice to entrust with the challenge, not just because of his inherent minimalist mindset, but also thanks to his steadfast association with Baker. They initially met in 2006 on the set of TV series Greg the Bunny, for which Baker was cinematographer and Cheung—whose resume spans the spectrum from FX crime drama series The Americans to the 2010 indie film Blue Valentine—was brought on by chance to assist with lighting for a single day’s shoot. “We just clicked,” Cheung reflected on their first meeting, “We knew we wanted to keep working together.” Their rapport only grew from there, leading to multiple collaborations, including their 2012 festival favorite Starlet, before the duo decided to take on Tangerine. Emboldened by their shared approach of letting the filming circumstances govern the look of a film, they decided to roll with the budgetary punches.

“We joke about me hanging up on him when he told me about using phones. But the truth is, I was involved in the decision from the start. We embraced it, saying, ‘this is what we’ve got to work with and we’re going to make the best of it,’” Cheung, who also took on a co-producer role for the film, explained.

It quickly became clear that the entire film would be an exercise in going with the flow. With no real financing to speak of, equipment boiled down to three major elements: three mobile phones purchased by the team, a gimble rig for keeping the cameras stable while filming, and a thumb-sized lens adaptor to achieve the desired Cinemascope aspect ratio.

“Sean sent me the rig, so I played with it for about a week. I was in Germany for the Christmas and New Year holiday to visit my god-daughter, and I spent it chasing her around with it. That was my practice,” Cheung recalled. But despite brief test runs, even Cheung couldn’t fully anticipate the extent of one of the biggest challenges that presented itself once production began: the inability to swap out various lenses for various shots—as is often done with regular cameras. “That entire part of the toolkit [the lenses] was taken away from us,” he said. “With wide, anamorphic lens on both phones, I’d constantly be able to see Sean and his mobile in my shot, and vice versa. We had to adapt to how the angles worked.”

And the adjustments didn’t end there. Though permits were obtained to shoot on the sidewalks of Santa Monica Boulevard, inadequate manpower to block them off during filming rendered shots susceptible to the general public who, oblivious to the tiny phone cameras, would regularly walk through the frame and create continuity inconsistencies between takes. Asked how the crew handled the hurdles, Cheung guffawed good-naturedly, “What crew?!” With only six or seven people on set at any given moment, Cheung wasn’t the only one wearing multiple hats as co-producer and co-cinematographer. Fellow producers and assistant directors and co-writers filled roles as additional camera operators, costume designers, and supporting actors. “It helped that we were all a tight group of friends with a deep trust in Sean, but it’s almost crazy how we pulled it all off,” he chuckled in hindsight.

And yet, there were silver linings to be stumbled upon in having a meager bandwidth. In fact, the limited resources may have led to Cheung’s ability to remain all the more loyal to his preference of having as few encroaching elements on set as possible. “Usually, there are flags, stands, bounces, and all sorts of other things to make the shot look prettier,” Cheung said. “Here, we had to take control of what we had within the spaces. Indoors, we moved furniture, set house lights, and changed bulbs. Outside, with the streets being our only canvas, blocking came about very organically and really helped to define the film’s look for all of us.”

Even the unintentional wide-angle, close-up perspective from the mobile phones became one of the film’s most distinctive stylistic elements, lending a unique, gritty yet dramatic intimacy with the characters. Further, while posing a technical challenge, the palm-sized devices also lent the crew an exceptional degree of invisibility, of which Cheung was especially appreciative when it came to shooting one of the film’s most iconic scenes, a sexual encounter taking place in a drive-through car wash. “It was just Sean in the backseat, and we drove the taxi right through like normal, getting the shot in one take,” he remembered. “Nobody noticed we were filming. The small setup we had was essential for that.”

Cheung ultimately credits the success of Tangerine to the crew’s collective trust in Baker’s vision. “Sean loves to catch the magic of a performance, and we have complete confidence in him. When we line up a shot and take it, and he says we can move on, we know he’s found that magic.”

While easy—and certainly natural—to view the use of mobile phone cameras as a revolutionary feat, Cheung was reluctant to categorize the film as a technically groundbreaking work. “If anything, I hope our shooting on mobile phones encourages people not to be afraid or held back by equipment. You can shoot it with anything, and to a certain degree you want to care about how your film looks, but there’s a certain authenticity you can’t get without honest performances,” he explained. “Tangerine really proved to me, and hopefully to audiences, that what is most important is telling a story truthfully.”

It’s an approach to storytelling that strikes a particularly resonant chord with Cheung, whose real introduction to film occurred when he immigrated with his family to the United States from Hong Kong at the age of 12. His flimsy grasp of English served as a harsh barrier to forming friendships, so he turned to Hong Kong and Taiwanese films as a way to alleviate homesickness. His affinity for regional cinema quickly expanded to films of all natures. “I started watching American movies, any movies, really,” he said. “I fell in love with them and with feeling close to the people and places in them. Their place in my immigrant journey has a lot to do with how I got into film, and why I want to be a part of seeing good stories through, from financing to distribution.”

Cheung’s ultimate advice to those looking to tell their own cinematic stories? Don’t wait. “Go out there and use what you have if you feel the moment is right. You can either take the opportunity when you have it or wait another two or three years to get a bigger budget—but know that in that time, you may lose all the other elements that were once working. As indie filmmakers, that’s the constant compromise we face, and it’s a constant challenge to find the right compromise.”

Tangerine was acquired by Magnolia Pictures at this year’s Sundance Film Festival. It will be released in theaters in NYC and LA on July 10th with a wider rollout to follow.

Check out the trailer for Tangerine to see some of Cheung’s work and why we think he’s 10 to Watch.

Filmmaker Camille Thoman will be working with Radium Cheung as a producer on her upcoming film, You Were Never Here. Read about this on our Facebook page.