Dana Knight speaks with Canadian film director and screenwriter Sophie Deraspe about the fictional life at the heart of her latest documentary. 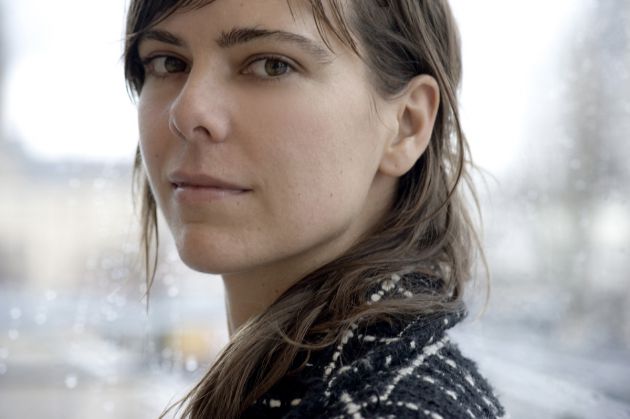 The Amina Profile premiered at the 2015 Sundance Film Festival. Directed by Sophie Deraspe and co-produced by Esperamos and the National Film Board, the film follows an international blogging hoax that shook the internet. The Independent’s Dana Knight spoke with Deraspe at Sundance in February.  The Anima Profile is currently on the festival circuit internationally, and upcoming dates for screenings can be found at the film’s website.

Dana Knight: Congratulations on your new documentary, Sophie. I’m saying “documentary” but it feels more like a love story or mystery thriller, it’s an astonishing mix of genres.  Could you please briefly introduce the project and tell us how and at what point you became entangled in it?

Sophia Deraspe: It is indeed a documentary about a huge fiction! I am a friend of Sandra, the Canadian woman who began an online love affair with Amina Arraf, the Syrian-American blogger based in Damascus. So I witnessed the events that followed: Amina becoming a star blogger after the Guardian conducted an interview with her; her abduction, supposedly by the secret police of the regime in Syria; the quest to free her involving activists from around the world and intelligence agencies; and in the middle of all this my friend Sandra, who was doing everything in her power to save her lover from torture, rape, even death.

DK: In the first half before the big “reveal”, the film gives the impression of recording things “sur le vif”, the story of Sandra and Amina evolves on screen as if it happens right now. What were your aesthetic considerations behind that choice?

Deraspe: Everything happened online, the erotic exchanges as well as the political activism. So even though I knew I had a larger-than-life story on my hands, it didn’t give me much to work with visually—what would I film? Certainly not people sitting in front of their computers! So my challenge was to find the best way to share the fantasy with an audience. I used fictional narrative techniques a lot and tried to walk the thin line between not giving away too much, not doing proper re-enactments, and suggesting enough so that the viewer would feel the excitement of a love story that’s unfolding while one of the protagonists is immersed in a revolution during the Arab spring.

DK: Talking of aesthetics, the cinematography is astonishing and you probably considered many film styles before deciding on this one. Could you take us through this creative process of deliberation?

Deraspe: I am a director of photography as well, and I consider the camera, its position, its focus, to be as important as what is actually being filmed. It is a choreography in which the dancers have to share chemistry. But that doesn’t mean it has to be staged. Agility, flexibility and attention to your partners are key. With that said, every film organically suggests its own visual approach. For The Amina Profile, I was inspired by orientalist paintings from the 18th century that transport our imagination to exotic countries. We feel the heat, we see women bathing or kept in promiscuity in a harem, with beautiful fabrics and wild animals. This film is the contemporary tale of a cute, courageous, brilliant lesbian in a country where women are supposedly covered and subjected to a patriarchy and a dictatorial regime that oppresses them. Many people were captivated by Amina and her circumstances and, in a way, participated in her construction. I figured that after letting the viewer dive into that contemporary orientalist fantasy, I could then reveal the brutal reality.

DK: The moment of confrontation between Sandra and the “real Amina” makes for a very emotional scene in the film. How did that unfold in real life and what was your input on how to present it on the screen?

Deraspe: That is the pure magic of documentary—when one is willing to take risks, show up and trigger some events, but let reality unfold. Sandra showed a great deal of courage by travelling the globe to face the truth. She had the guts to question herself as well, and not just play the role of a victim. For her, and therefore for the film, this encounter offered a sense of closure. We could almost call it a therapeutic journey.

DK: You traveled far and wide to make this documentary. Could you share your experience with us? Were there any highlights that enriched your understanding of the culture/theme you were covering?

Deraspe: I have to admit that sometimes I felt pretty nervous before some of the meetings we had or some of the borders we crossed. In retrospect, I think I made the exact right decision to go alone with Sandra, doing the camera work and sound myself. We were very mobile, which is quite convenient when you want to travel the world and be flexible enough to record any events that might suddenly arise or new characters that you might come across. We had wonderful cooperation and were not a threat to anybody. But now, I can’t help but direct my gaze toward Syria. Before we left the country, we didn’t know to what extent the Syrians had been impacted by the Amina affair. Having a connection with some of them now deepens my sorrow. I could never have imagined that these people would be suffocated to the extent that we see today. It is not human.

DK: What was the most challenging problem you overcame in making this film?

Deraspe: Finding the right equilibrium between the personal story and the bigger sociological/media/political aspects was a challenge. This is a complex story that addresses many important issues, such as online identity, trust in media, the need for connection, the vulnerability of a state and its people during the turmoil of a revolution. I had to make sure these serious issues were covered but in a smooth way, by keeping the narrative flowing and even the hilarious twists and turns happening.

DK: Was it difficult to find finance for this project?

Deraspe: I have the fortune of living in Quebec, Canada, a state that supports its culture and artists. Therefore we have access to grants and investments from different government organizations. I’m not saying it is easy, since a lot of projects apply for funding and the budgets are limited, but at least we know that not only the business side of movie making counts, but also the importance of a subject and the vision with which it is treated. I started financing very slowly, first with artist grants from the Quebec and Canada councils for the arts. I needed the freedom to start shooting by myself, with Sandra alone, and to tackle the riskiest parts, the things that we couldn’t totally predict. Once that was done, I had something very strong in my hands and could go to other, more important players, for financing.