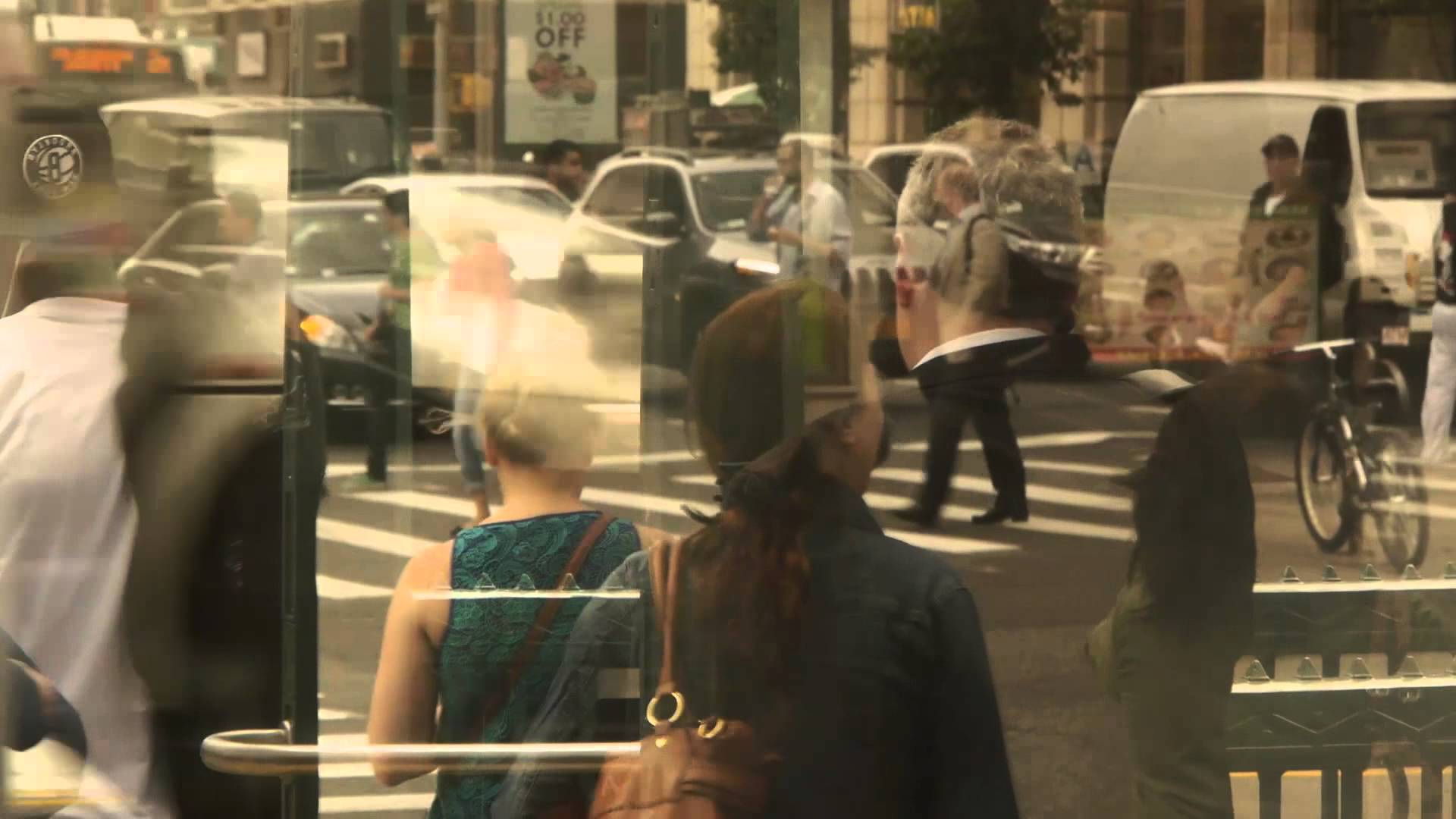 Dana Knight spoke with Jem Cohen as his latest work, Counting, was screening as part of the Forum Section at Berlinale 2015. Counting is a personal, essayistic documentary in 15 chapters where Cohen composes images, sound and music with remarkable intensity, combining them into a hypnotic foray through the metropolises of our world: New York, Moscow, St. Petersburg, Istanbul, Porto and a city intended to remain unknown. Time passes and stands still at the same time. Counting has it’s North American Premiere at BAMcinemaFEST 2015 on Saturday, June 27th – a Q&A with Cohen will follow the screening.

Dana Knight: What provided the inspiration for this film?

Jem Cohen: The chapter called Skywriting was actually the first chapter that I made and I made in homage to Chris Marker on the occasion of his death. So that was the instigating spark.

DK: When did you shoot that chapter?

DK: With this film, I had the impression that you deliberately chose to focus on the less interesting aspects of life…

Cohen: Well, they are not less interesting, they are on the periphery of life. Sometimes that’s where the most interesting things are.

DK: Could you give an example and explain what captivated you about that particular peripheral detail? For instance, the cup of tea on the pavement in Moscow was a really intriguing sight.

Cohen: It’s a crowded, cold day in Moscow and why is there a cup of hot tea sitting in the intersection? I will never know. But there was.

DK: But you just happened upon these, you never searched out anything? I imagine you wandering around, looking, trying to pay attention and letting the camera run every time something captures your attention for a second. And all those details acquire an importance even if for that reason alone: the fact that they caught your attention. 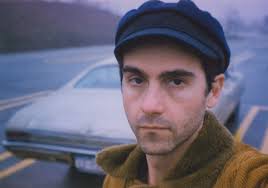 DK: In life or at this interview?

Cohen: In the world. And it’s not something we have to think about but it’s an interesting choice. I chose not to be bored. And find something interesting in almost every detail. Why not? That’s not always easy to do, it’s not always possible to do but it’s a lot better than the other option of being bored. I like the world, I think it’s funny.

DK: And you captured that in your film, the film has many funny moments. You created humor with very little, just small details, just noticing stuff. I feel the film could have equally been called Noticing.

Cohen: But isn’t your life that way?

Cohen: Funny, tragic, whatever. But the details are what we breathe. We’re not in the helicopter that’s about to explode. We’re on a subway going from here to there. I don’t think the people are used to having the movies be about our actuality. They are used to the movies being about exactly the opposite. But I don’t really know why it has to be that way.

DK: It doesn’t. And your film proves the point. I also thought that you wanted the audience to join you in really looking at the things around us. We live in an age where we’re constantly in a rush. We don’t have the time to capture what’s around us. And your camera does us this favour or service. That cup of tea on the pavement, we probably wouldn’t have noticed it if we passed by it.

Cohen: Not if we’re looking at our phone.

DK: I also feel there’s a whole adventure behind making this film, you were travelling, going places. Could you tell me more about that, where did you start on your journey?

Cohen: I wish I could say that I was travelling and going to some interesting place because it sounded interesting to me and I loved going to shoot there. But no, I don’t have the money for that and like everybody else, it’s hard to have the time for that. I get to places when something brings me there, a gig or a job, maybe a visit that I have to do but I don’t have the luxury or the money to just go places. If I could do that, I would have gone to Nepal or to Greenland or any other thousands of places. I would love to go to Romania. But I go where chance placed me. And often I don’t have a lot of time. And I didn’t know I was making a feature film. But I love to shoot and I think it’s necessary for me to navigate the world with a camera. And I think it’s a challenge to have that be adding up to something rather than just being purely random. The film has a lot of random things in it but the film, if you stick with it, I don’t think it’s a random film.

DK: It’s definitely not a random film, it has a very precise structure with the division into 15 chapters and things that echo each other throughout. 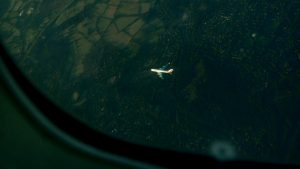 Cohen: It’s hard to talk about because there’s obviously no script and no preset agenda but at various times in the world there are things that are kind of brewing or coming to the surface or in the zeitgeist or in the atmosphere in many different places. For example, everywhere that I go, there is a degree of globalized, corporate dominance that manifests as construction sites and people losing their places. It’s a very dominant theme, everywhere that I go, someone is unable to afford their place or there’s a giant skyscraper going up next to them. Surveillance is a similar thing, it’s in the air everywhere now in a way that is extraordinary. There are countries that are used to that, countries that had totalitarian, bureaucratic governments but a lot of other countries thought that they were apart from that. Now we learn that no one is apart from that, that this is a massive, terrifying change, it changes the air. So these things are connecting, even if they are not pleasant connections. And then there are other connections that are pleasant, like animals, or light, or some sensual aspect of life. One connects with negative ions and positive ions and these are things that become the atmosphere of a particular time. This film is a portrait of this time, two years of my life and life in general.

DK: But the film basically started as a personal travel diary?

Cohen: Yeah, you could say that. But I’ve been making films for a long time, I’ve made about 70 films and yeah, I keep a personal travel diary in images and sound. But I’m also always trying to organize that into something that might be, hopefully, more than just my personal travel diary. My personal life is not of interest to the world and doesn’t need to be. But if I can start to talk about things in the air that everyone’s breathing, then maybe that’s a little bit more interesting.

DK: I assume you accumulated a lot of footage in two years.

Cohen: Yeah but I don’t shoot all the time and I’m pretty selective about it. I don’t like to drown in footage.

DK: What made you divide it into 15 chapters? The chapters are not chronological, are they?

Cohen: No, it goes back and forth. Some of the chapters are very specific and focused. To me the film is not really about travel so much because some of the chapters are concretely about specific matters. One of the chapters is about NSA surveillance. It’s not about it in the sense that it’s a documentary about it, but if you stand on a street corner with that in your mind, then that street corner becomes a very specific thing. Because it’s no longer just a street corner full of people, it’s people who are being trapped and that little section is about that. And another section is about the light on a woman’s face at 3pm in the afternoon, in autumn, in Brooklyn. And another chapter has a broader spectrum: this is what Istanbul is like this week, in this moment. But that chapter also has a specificity because you go to Taksim Square and Taksim Square is no longer just a plaza, it’s a place where something massive happened, that is now gone. And it still carries the presence of those protests, even though they can’t exist right now. But there’s a specificity there. So the chapters allow a certain focus, a concentration and then another chapter starts and it shifts. The movie is not just “scrambled eggs”, it’s a series of stops. And you have to work hard to try to organize things because complete randomness is rarely successful.

This film is not for everybody but if you have the patience for it there is structure. 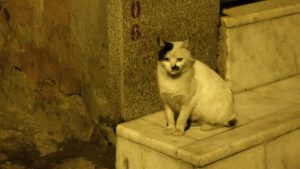 DK: Is Chris Marker the greatest influence on you as a filmmaker?

Cohen: Chris Marker is important to me because of the films he made but also because he was very generous to young filmmakers all around the world. I was in correspondence with him for over 10 years and that was very important to me. He was a very interesting human, and a very interested human. But he also represented a whole realm of cinema that is still largely disregarded because for most people the movies are a completely different thing. They are star-driven fantasy machines. And Marker was just a wonderful manifestation of a real alternative. So Marker’s influence isn’t just about him or his work. He was somebody who was very much a part of this alternate history of Russian filmmakers and Chilean filmmakers and filmmakers from the UK, all functioning in a very long, exciting history. So he didn’t just stand on his own, he was like a gateway to all these other things. He made a film about Medvedkin and he also followed Tarkovski and Kurosawa. And he’s friends with Agnes Varda and he helped Patricio Guzmán. It’s just a very rich universe that is so removed from the horseshit that we all have to wade through when we walk past the red carpet here.