Courtney Sheehan talks with Frederick Wiseman about his 40th film, "In Jackson Heights." 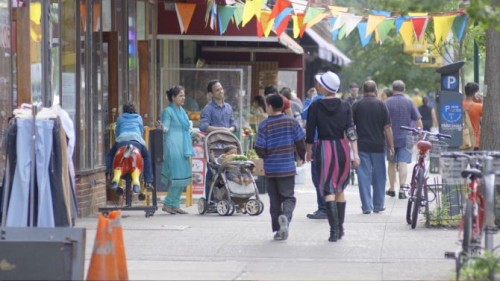 Fittingly, Frederick Wiseman attended the 4oth edition of the Toronto International Film Festival with his 40th documentary, In Jackson Heights, which captures a historic and remarkably diverse New York neighborhood in a moment of flux. The Independent sat down with Wiseman to discuss the role of daydreaming while editing, discovering the communities of Jackson Heights, and screening all of his films in a continuous 100-hour stretch.

Courtney Sheehan: What did you learn about definitions of community while filming In Jackson Heights?

Frederick Wiseman: As the taxi driver in the film says, Jackson Heights is a neighborhood. I’m not even sure it has legally limited boundaries. It’s an area. As council member Daniel Dromm says in the film, 167 languages are spoken… and people from all over: South American, East Asian, [including] remnants of earlier waves of immigration. Jewish in the 19th century and the Irish and Italian and it’s all mushed up together.

CS: Did you observe anything about the experience of immigrants now that may have resonated with immigrant experiences in the 19th century?

Wiseman: I’ve only read books about immigrants in the 19th century on the Lower East Side. But there’s obviously similarities that have to do with language and assimilation. One of the issues that appears to be different is that the earlier generations of immigrants seemed more anxious to shed the identity of the culture and country that they came from. That’s a vast generalization and obviously not always true but many in this current generation want it both ways. They want to maintain the ties to the culture and religious traditions they came from and the American. And that’s not always easy.

CS: Was the main way of finding locations for the film walking around and going into stores and community centers and finding people to talk to?

Wiseman: Some of it was just walking down the street and shooting whatever was interesting. To get into the mosque, I found somebody who was a leader in the Bengali community who introduced me to them. Similarly, that same Bengali man told me about the halal chicken place. I use informants in the best sense of the term to help me. I knew I needed something more substantial than going into stores and doing shots in the street. Someone told me about a variety of community organizations. I discovered every night there was a meeting about a different subject, so that’s how I got to those meetings like the one where the woman talks about her daughter in the desert. Then I heard about the Business Improvement District [BID] and somebody told me about some young community organizers who were opposed to it. So I asked them if I could follow them on their rounds, so I followed them on their rounds, which led to the sequences you see in the movie, which are extremely important for the movie because the sequences about the BID particularly provide some substance to what’s going on in the life of the community beyond the regular aspects of going to the supermarket.

CS: When you interweave scenes of an active community discussion or a community member telling a story with interludes of street scenes, are those intentional breathing points or resting points?

Wiseman: It serves a variety of purposes. It is as you say a breathing point, a resting point. It serves as a transition, it moves from one place to another. It also gives you information, as you’re seeing people on the street. You’re seeing what they wear. You see the kind of stores they have, the architecture. The transitional cutaways serve all those purposes. If they just served one, it wouldn’t work. It’d be like having a subtitle explaining it.

CS: You’ve described this kind of four-way conversation for editing and ordering sequences. Does that conversation has a visual shape to it? Are you drawing an arc, adding layers on top of layers, are you connecting circles?

Wiseman: All of those are good ways of describing what I’m doing but I don’t necessarily use that language. When I’m working it’s like, ‘Does this fit with this, how does that go with that, cut and match, do these two sequences that represent these ideas go together or should I put a layer or do a bit of  foreshadowing.’ When I rationalize it to myself, as I have to do, I use the language that you just used.

CS: So is editing a linear process?

Wiseman: It’s linear in the sense that it’s logical. Part of it is logical, part of it is extremely reductive, and part of it is completely non-rational, or maybe even irrational. I’ve learned over the years to pay attention to the thoughts at the edge of my brain and the associations because often you solve an editing or structural problem as much that way as you do by formal deductive logic.

CS: So you’re not imposing a structure.

Wiseman: Well, I’m doing both. Of course I’m imposing a structure because I’m making choices. But the way I arrive at those choices is sometimes logical. Sometimes I’m sort of daydreaming and I come across a solution that way. I’ve learned to pay attention to my daydreams and my night dreams. All of the cliches are true about solving problems. Thoughts have popped into my head in the shower. I’ve dreamed a cut. Thoughts have occurred to me walking down the street.

CS: Have you ever had a literal dream about editing and solving a problem?

Wiseman: I’ve had a literal dream about a cut. Not often, but I’ve had it. 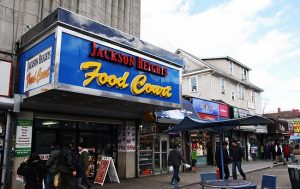 CS: Do you ever find that just the act of your presence and of filming contributes to the shaping of community in some way?

Wiseman: In my experience the camera doesn’t change people’s behavior. If they don’t want their picture taken they thumb their nose or they walk away or they say no. If they agree, they go about their business. Most of us don’t have the capacity to suddenly change our behavior. Or if we do it’s in such an awkward way, it’s obvious. So if I feel that, I stop or I don’t use it. I don’t know why but it’s very rare that anybody objects. During In Jackson Heights, nobody objected. During National Gallery, nobody objected. Maybe occasionally one or two but it’s simply not a problem. I also find that people don’t play for the camera. Sometimes people don’t want to be photographed and you say ok, I respect that. It’s like if you’re doing an interview, you have a sense of whether someone is bullshitting you.

CS: Within the communities you film, your reputation probably doesn’t precede you all too often?

Wiseman: I like to think everybody’s heard of me, but they haven’t. There are very few people in Jackson Heights who’d heard of me or seen my films. In National Gallery, maybe a couple.

CS: Have you heard any stories from people in the films after they come out?

Wiseman: People tell me that Titicut Follies changed Bridgewater. Whether that’s true or not is hard to determine.

CS: I was thinking about In Jackson Heights, the 98-year-old woman who is letting off steam about her family not visiting her. I wondered if they’ve seen the film.

Wiseman: No, there’s going to be a screening in Jackson Heights on October 23rd. The people there are going to be invited.

CS: Is that something you try to do, set up screenings in the places where you film?

Wiseman: I try to do it but I can’t always do it because it’s difficult. Even in Jackson Heights it’s difficult to round up all the people but I’ve got the help of city council member Dromm who knows the community. For example when I did Welfare I showed it at the welfare center but there was no way of rounding up all the welfare recipients who passed through during the filming.

CS: What do you think about the length of attention spans today?

Wiseman: I don’t pay any attention to that. I make the movies. At the risk of sounding pretentious, I don’t know how to take anybody else’s view or attention span into account. I make the movies to meet my own standards and interests. The rest is a fantasy. How do I know if your audience is going to see National Gallery in Seattle and what their education level is, what their interests are, how old they are? It’s ridiculous. And similarly, I don’t make them to meet any television network standards because their time slots are completely arbitrary. I mean, at one point they wanted half-hour-long films, at another point they wanted 54 minutes; suddenly they’re discovering that people are interested in watching long movies. I think I have a greater responsibility to the people who have given me permission and to the subject matter than I do to the demands of the television network. The shortest [of my films] is 73 minutes and the longest is six hours. That’s life. And if they want to show them fine, and if they don’t, tough. But in fact PBS has shown all my movies in prime time, for which I am very grateful.

CS: You’ve also mentioned that in some ways your work is one long film of 100 hours long. How would you feel about it being screened in that way?

Wiseman: Fine! You’d have to have a lot of coffee. But it would be interesting.

CS: Would chronological order be the way to do it?

Wiseman: I’d have to think about it. It could be divided by subject matter. There’s a lot of films about education, the military, health care, dance. I’d be delighted if you wanted to do it.