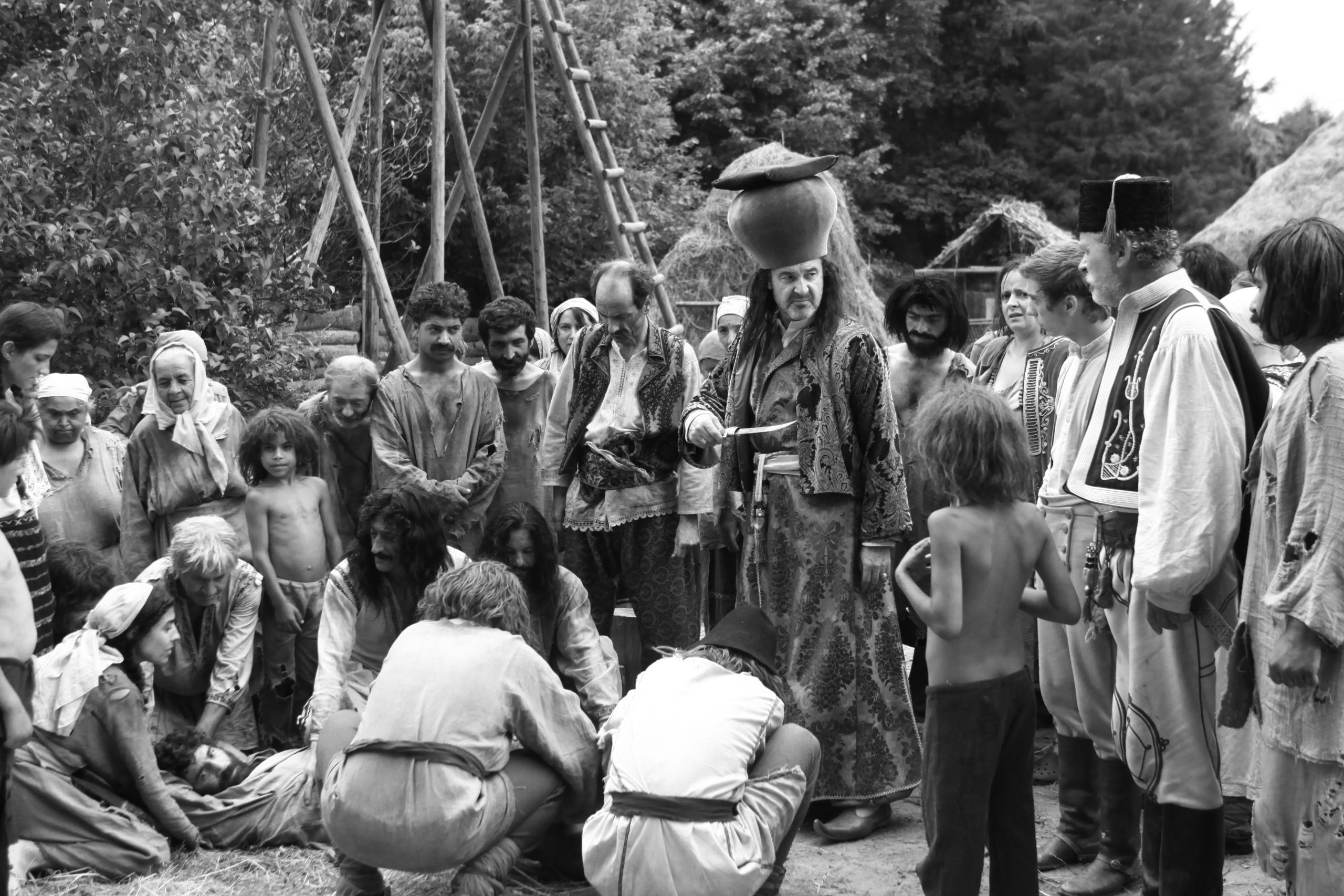 A cast of hundreds and hundreds in Aferim! (Courtesy A Big World Pictures)

Aferim! won director Radu Jude a Silver Bear for best director at the 2015 Berlin Film Festival and has since been named Romania’s Academy Award entry for best foreign-language film. The Independent’s Dana Knight spoke with Jude and producer Ada Solomon about how they maximized their budget and what they’ll be working on next.

Dana Knight: Aferim! is miles away from the minimalism of typical “Romanian New Wave” films. It has the scale and look of a Western. Is this the largest production in Romanian cinema after the revolution?

Ada Solomon: No, this is by no means the biggest Romanian film after the revolution. Nae Caranfil’s films The Rest is Silence and Closer to the Moon were much more expensive than Aferim! And these are just the first examples that come to mind. The film is a miracle somehow in this respect as well, as the crew was so very efficient and managed to bring a lot of production value without extensive spending. It is to be seen here also the fact that Romania has still very competitive prices and amazing craftsmen in all the departments. It is hard to believe that the film was finally shot in 23 days, practically without overtime.

Knight: This is indeed remarkable as the film contains many elaborately choreographed scenes of great technical complexity. How big was the crew?

Solomon: The crew was big, on the final credits we counted 498 names without the thanks. Logistically it was an adventure, but the experience of the key crew members in period films was a definite plus. Here we are grateful to the American and European big productions that came to shoot in Romania and used our technicians.

Knight: I think it was the astonishing wide shot in the fair scene that gave me a clearer idea of how huge this production was. How many extras did you have for that scene?

Solomon: In the fair scene we had 250 extras on set, but the scene is also worked and multiplied in VFX, that is why it seems more. But for that scene it wasn’t the extras that were the biggest challenge but controlling and taking care of over 400 animals that we had on set.

Knight: Radu, in 2013 when you presented Everybody in Our Family at London Film Festival, you told me that “filmmaking is like going blindly in the dark.” Still, like in your previous films, you seem to be in total control of your craft in Aferim!

Jude: I still believe what I said back then. It has to do with the fact that directing is a very logical business and sometimes my logic is not working very well so I have to rely more on my intuition. But as we know from neurology, intuition is just another way of thinking and not something magical at all.

Knight: I know you only did a few takes for each scene and I suppose that’s the result of working with great actors. Could you talk about how you worked with them?

Jude: The small number of takes has more to do with the lack of time and money in the shooting process despite the efforts of all the producers, mainly Ada Solomon, without her efforts the film wouldn’t have been made… But I believe the actors are very good, you are right. Teodor Corban works a lot in theater, Toma Cuzin is doing a lot of TV work, Mihai Comanoiu is a talented teenager, Alexandru Dabija is a great theater director and a born actor for sure, Alberto Dinache is such a smart child…

Knight: Do you see any similarities between the period the film is set in, Wallachia in 1835, and present-day Romanian society? Although in less than 200 years society evolved from writing with feathers to writing on Macs, you seem to say that people’s psyche and their mentality have made a less impressive jump. Can you comment on that? 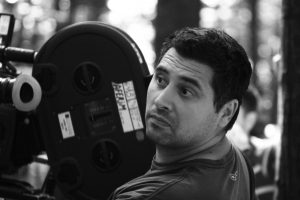 Jude: I am someone who believes in the possibility of a certain progress, and some progress was made for sure. My main focus was more on concentrating to find the root of some problems, to describe these roots, than to criticize. There’s no reason to make a historical film, book, essay, whatever, if you don’t put it in relation with the present, this is something I learned from Johan Huizinga and I take it to be true. We face many problems nowadays that come from the past, recent or more distant. Usually people see the origins of many problems to be in the communist past, and that’s true, but some problems have a more distant root in time. We tend to think of the past as something which is gone for good, and it is, but it left traces and some of these traces are very deep. So this was the main idea, to find a relationship between the present and the past, to understand where we come from. In order to have a sane identity, you have to know the past and face it with responsibility.

Knight: Although your criticism seems to be directed at Romanian society, the story has universal themes: prejudice, corruption, racism, religious indoctrination, the rule of money are widespread in the world. In this respect, Aferim! is a story about human nature rather than nation-specific characteristics. Would you agree?

Jude: Well, I don’t know. The interpretations are open to anyone. See The Limits of Interpretation by Umberto Eco.

Knight: What works of cinema or literature served as inspiration for this film? The scene in which the Constable finds a skeleton and contemplates the short and disappointing life on earth has Shakespearean overtones. It’s very funny to think that he and Hamlet would have something to talk about, should they meet somewhere in a fictional space!

Jude: That scene has a Shakespearian motif in it, it’s true, but the text itself is taken from a popular old Romanian book, Alexandria. Regarding the influences, we read a lot of old books and collections of documents in order to reconstruct the language rightly, a difficult task, because there are no traces of how people spoke back then. We ended up using a lot of literary texts and documents, we thought it is more honest to do it this way then to write from the imagination. And since the relationship between thinking through language and reality (especially the social reality) is one of the key themes of our film and we wanted to give the audience this idea, we constructed a dialogue full of quotes from the old literature, proverbs, archaic documents etc. Apart from these old books and documents, I found useful to watch the old Westerns, especially The Searchers by John Ford, the historical films of Eric Rohmer and Hou Hsiao Hsien. I would add the books of W.G. Sebald that I love a lot, his wonderful books clarified many of my hazy thoughts.

Knight: I couldn’t help smiling when I heard your acceptance speech at Berlinale: “If I had known I’d get a prize, I would have tried to make a better film!” The same extremely modest, self-deprecating filmmaker but does that hide the perfectionist in you?

Jude: No, I was totally honest!

Knight: You’re about to start shooting your next film, can you divulge anything about that?

Jude: It will be a free adaptation of the literary autobiographical texts of Max Blecher, the “Romanian Kafka,” as Ionesco called him. Mainly his novel Scarred Hearts, written in the 1930’s. I’m profoundly impressed by Blecher’s unfortunate destiny: he died young, at almost 29, after more than 10 years spent in a plaster cast in various sanatoriums. And I love his literature, which has somewhat paralyzed me when I started working on this script. This is because I felt a kind of burden, a responsibility not to betray the author, not to harm his literature, and his biography for that matter because with Blecher the two intersect, by trying to “translate” in for another medium. Dealing with the detailed story of a young man’s agony due to his ill health, I hope the film will be one about life and love, first of all, and only secondarily about suffering and death.