Digital media pioneer Katerina Cizek is a “hometown girl” in Toronto, so the Toronto International Film Festival is always on her calendar. But this year, she’s attending the TIFF Docs Conference with a new project. “I’m leading a co-creation studio at the MIT Open Documentary Lab,” she says over breakfast not far from the downtown festival hub. The MIT Open Documentary Lab is a documentary research center that convenes makers and scholars from across disciplines to embark on boundary-pushing documentary projects using emerging media technologies. Cizek first worked with the lab as an artist-in-residence with her acclaimed “many-media collaborative documentary experiment” Highrise, a production of the National Film Board of Canada. 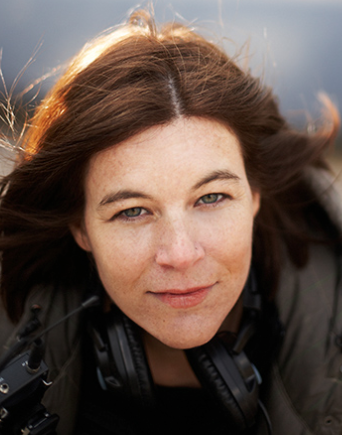 Now, Cizek is launching a new initiative based on co-creative methodologies, which have been foundational to her work. She defines co-creative methodologies as “making work with people rather than about them, and focusing on the ways you can collaborate with people known formerly as subjects.” By approaching documentary as a process of collaborating instead of a product of capturing, co-creation is, for Cizek, about “what documentary should be – we should be asking questions we don’t know the answers to.”

The co-creation studio is just starting up, with funding from the MacArthur Foundation and the Ford Foundation to back a field study and report for co-creative methodologies. The studio’s projects will be driven by multiple lines of inquiry around emerging media technologies and the possibilities of collaboration among technologists, community organizations, journalists, and documentarians. “So what we’ll do is research, incubate projects and we’ll actually produce them,” Cizek explains.

“I’ve almost been shocked by how open America has been to this idea of exploring co-creation in a deeper way. I think we all do it in different fields. We co-create all the time. We don’t document it; it’s a very under-documented methodology. So we’re constantly reinventing the wheel. I think there’s a crisis in America right now–in the media–about the role of media, about legacy institutions.”

Projects already in the works include a digital extension of a series of short films about racial terror in the U.S. produced by Rada Film Group in Brooklyn, an implementation of DepthKit, a Kinect-based technology, “which allows you to capture 3D data of humans,” and an exploration of VR applications in treating post-traumatic stress disorder. “So the question we’re asking is if VR has been successful in treating individualized PTSD, how can we employ VR for collective healing in the headset? Is it possible? What does collective healing look like?”

As the co-creation studio emphasizes the process of pursuing possible answers to complex questions using new technologies, Cizek cautions against premature investment in the idea of actualized technology. “We have to think about [VR] technology as very transitional. It’s not like we’re going to land on something, and there’s going to be a whole business model built on that, and we’re going to have 50 years in that model. That’s not just the way that the world works anymore.” 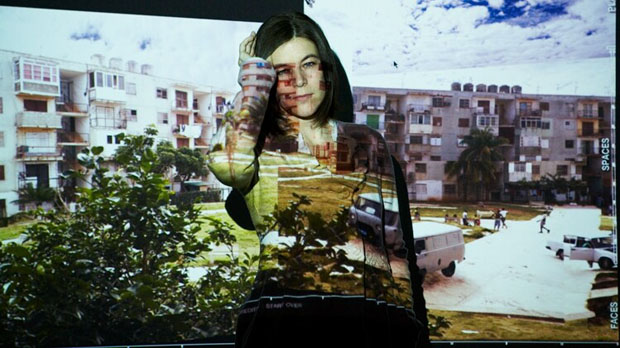 For now, hardware companies are key corporate gatekeepers to the tools needed for developing major VR projects like the ones produced at MIT. Questions about who gets access to the tools for making and viewing VR dovetail with what Cizek describes as “a really new discussion around AI. The computing world and the way we understand computing is being realigned under this notion of AI, which is a bit of a catch-all phrase, but there are some really key ethical issues and issues of governance. At MIT, they just created an important consortium of thinkers around the ethics of AI and how it relates to the future of work, government, media, all sorts of key areas that are being so profoundly impacted by machine learning, by the relationship between computers and humans that we just aren’t keeping up with as a public.”

Cizek still has a soft spot for good old-fashioned feature-length films, too. “TIFF has made a huge commitment to documentary in the last few years. It’s getting bigger and stronger, which is great for Canada and it’s great for the world because TIFF is such an important platform. I love seeing the films and getting a chance to connect with the tradition of highly cinematic work. I think it’s really important to keep an eye on that. There’s a tendency to split off VR and new emerging technologies…many of us are trying to keep one foot in both arenas because they’re so intricately tied.”

Ultimately, Cizek identifies similar ethical directives for contemporary media practice regardless of form. In order to lead to social change, for Cizek, media must be about “profoundly challenging power relationships. That’s what’s so exciting and difficult about co-creation. When it’s done well, it challenges the authority of the maker and changes the relationship with the people formerly known as the subject and the audiences. Co-creation asks more questions rather than providing answers…We need to let go of stagnant and dangerous forms of colonialism. It’s not just about documentary – it’s about science, governance, openness, technology. Those are critical issues of our time. We need to rethink democracy. We need to act very quickly in how we work together.”