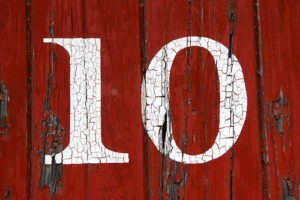 This is a special year for The Independent’s annual 10 Filmmakers to Watch series. Not only is it the tenth year (and, on a personal note, my eighth year working on it), but we had a record breaking number of nominations through our open call.

A special thanks to our readers and nominating jury for their thoughtful picks, to my consulting partner Daniel Joyaux, to The Independent’s editor Rachel Boccio, and to all the 10 to Watch writers!

As in other years, this list highlights filmmakers working in narratives, documentaries, new media, series, and much more—essentially filmmakers whose innovative work, releasing in 2018, caught our attention.

What makes this year’s list stand out is that the work of all these filmmakers reminds us of our common humanity, lifts alternative voices, shows us multiple perspectives (in the same film, family, community, …. person), and questions the line between reality and fiction.

This kind of work is typical of indie filmmakers. But now, as the U.S. and most of the world seems to be moving in a more polarized and even hateful direction, we need these voices more than ever.

We will release one filmmaker each day for 10 days (in no particular order). I can’t wait for you to see them all!

Christina Choe for her film Nancy

Boots Riley for his film Sorry to Bother You

Christina Raia for her film About a Donkey

Arielle Nóbile for her film Belonging in the USA

Jennifer Fox for her film The Tale

Reinaldo Marcus Green for his film Monsters and Men

Jeremiah Zagar for We the Animals

Leslie Tai for How to Have an American Baby