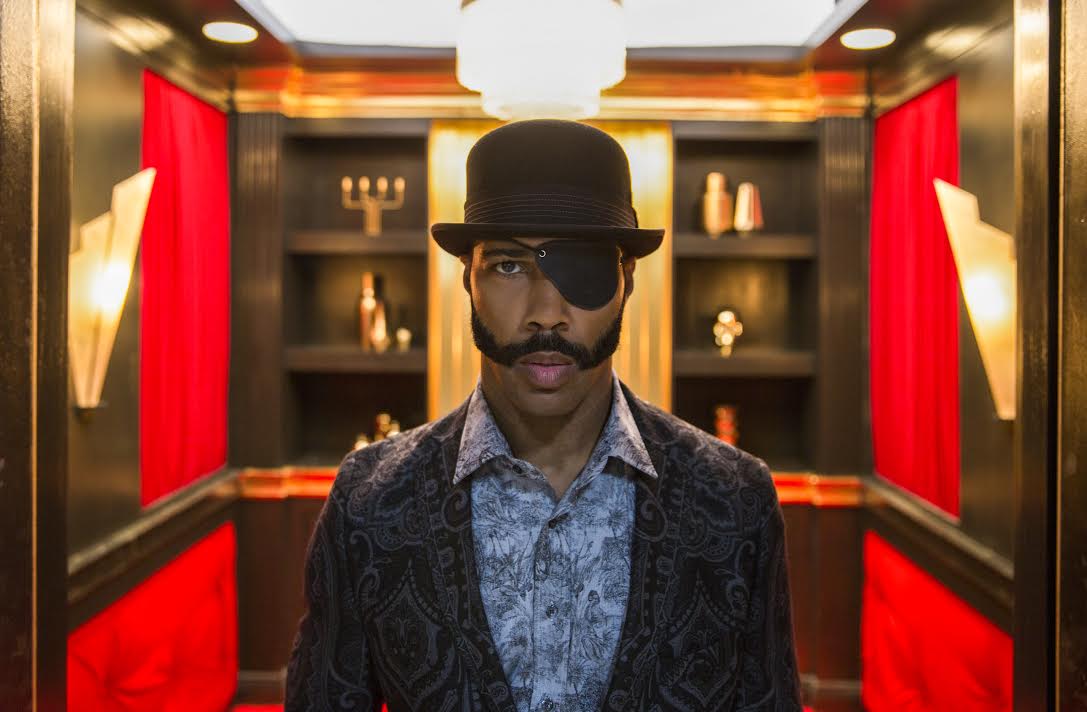 Sorry to Bother You marks Oakland-bred rapper Boots Riley’s directorial debut, but don’t underestimate his film credentials because he comes from the music world. Before he was the lead vocalist for the hip hop groups, The Coup and Street Sweeper Social Club, Riley attended film school, and since then, he has applied the same hip hop ethos to discovering and devouring film. The result of his extensive work is a bold, gorgeous first film. 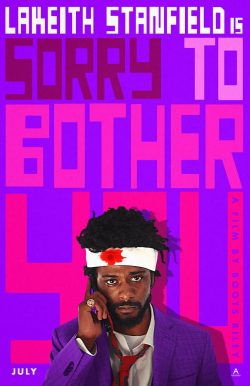 Set in an alternate reality version of Oakland, Sorry to Bother You follows Cassisus Green (Lakeith Stanfield) aka Cash, a telemarketer who discovers a special talent that catapults him into a macabre corporate machine, where he must choose between insane wealth and standing by his friends who are challenging the establishment. The film debuted at Sundance where it was nominated for the Grand Jury Prize and screened at SXSW, receiving praise and positive reviews. Riley talks with Evan Crean as part of our 2018 10 to Watch Series.

Evan Crean: You’ve described Sorry to Bother You as an absurdist dark comedy with magical realism and science fiction. How did such a unique idea come to you?

Boots Riley: It developed over time, and you try to start out with some basic ideas. Like I wanted it to be in a telemarketing office, and I wanted there to be a struggle happening, and for him [Cash] to have to decide what side he was on. I knew that much. But from there I took the journey with him. As I was writing it, I realized that like in all of my other work, when I wanted to have larger ideas about the world come in, and be impactful. It was much better for me to bend reality. In The Coup’s work we’ve done that a lot. We have a song called “Ass-Breath Killers” which are about these magical pills that you eat that stop you from kissing the boss’s ass. I’ve always pointed things out by making the reality that I’ve created be ridiculous so that you look at actual reality and the ridiculousness of those contradictions. And so, that led to all these story choices and thematic relations in the movie. All of the ideas didn’t happen at once, they happened as I was going through the story. 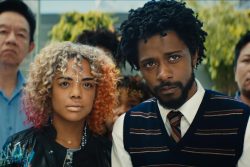 L to R: Tessa Thompson as Detroit and Lakeith Stanfield as Cassius Green star in Sorry to Bother You, an Annapurna Pictures release.

EC: I get the sense that there are also some personal elements that play into the story…

BR: There better be personal elements in every piece of art that anyone does. Otherwise, it’s probably going to be shitty.

EC: That’s true. But based on what I’ve read about your background, you worked in telemarketing for a period and the film includes a strong element of community organization and action, which I know is in your roots. You’ve done community organizing and it’s kind of a calling in your family.

BR: Yeah, every character in this movie is some part of me. Not only the experiences, but some of the personality types. Some aspects of me are written from my perspective and some of it has to do with the situations, but also just the position in life that people are coming from. The characters really have a lot to do with my own contradiction and conflict.

EC: You went to film school before you got into music, who were some of your influences or what films inspired you as you were making your directorial debut?

Still from Sorry to Bother You

EC: The story is kind of grand in its scope, similar to those Michael Cimino films.

BR: Oh yeah, definitely. We needed scale in the movie and that’s something that he does well. He has crowds and the crowds don’t just seem like a bunch of extras, even though you don’t hear them talking necessarily.

In Lives of a Blonde he [the director Milos Forman] has this scene that starts off with a dance hall with men and women who are looking to dance with each other. But just the way that extras or nonspeaking actors are used in that movie is really great.

There’s so many influences, I’ve watched a lot of movies over the years and have been someone who kind of took to that early hip hop ethos of digging in the crates and finding new shit, which is what I did with film.

EC: Your film looks gorgeous. How did you find your cinematographer?

BR: There was a long, hard search for a cinematographer with a lot of great cinematographers. Doug Emmett talked to me on the phone and he’s like, ‘I need to meet with you in person.’ And flew up from LA to meet with me. Doug, has mainly has done work for the Duplass brothers, so if you just saw this film, you’d be surprised that the Duplass Brothers’ work doesn’t look at all like what we did.

EC: Definitely, this doesn’t look like the Duplass Brothers.

BR: I saw a glimmer in this video Doug did for (singer) Father John Misty. The one where Father John Misty meets himself in a bar and picks himself up, takes himself home. I could see that Doug obviously had a mastery of things, so that he could give the director what they wanted. So that made me open. Our talk at first was not so much about technical things, but about emotions and the drive to create images in the context of the film and how the film, in the context of the world that we’re in, could impact people and still be great cinema.

A lot of cinematographers who I talked with were very technical in how they approached it. I think that happens whether you’re a rapper or you’re an architect, you can get to a place where you are so good at what you do that you no longer thinking about making it great. 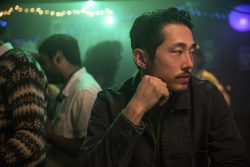 EC: It sounds like you and he were on the same page about putting mood and storytelling first, before it needed to look pretty.

BR: Yeah. And for some people that means just having two people in front of the camera talking. And that’s their way of being sure that the character and the dialogue and the story are upfront. That’s one way to do it to. But you’re either thoughtful in how you work or you just throw actors in front of a camera and let things play out. You can’t do both.

Sorry to Bother You opens in theaters on July 6, 2018. You can learn more about the film at http://sorrytobotheryou.movie/.