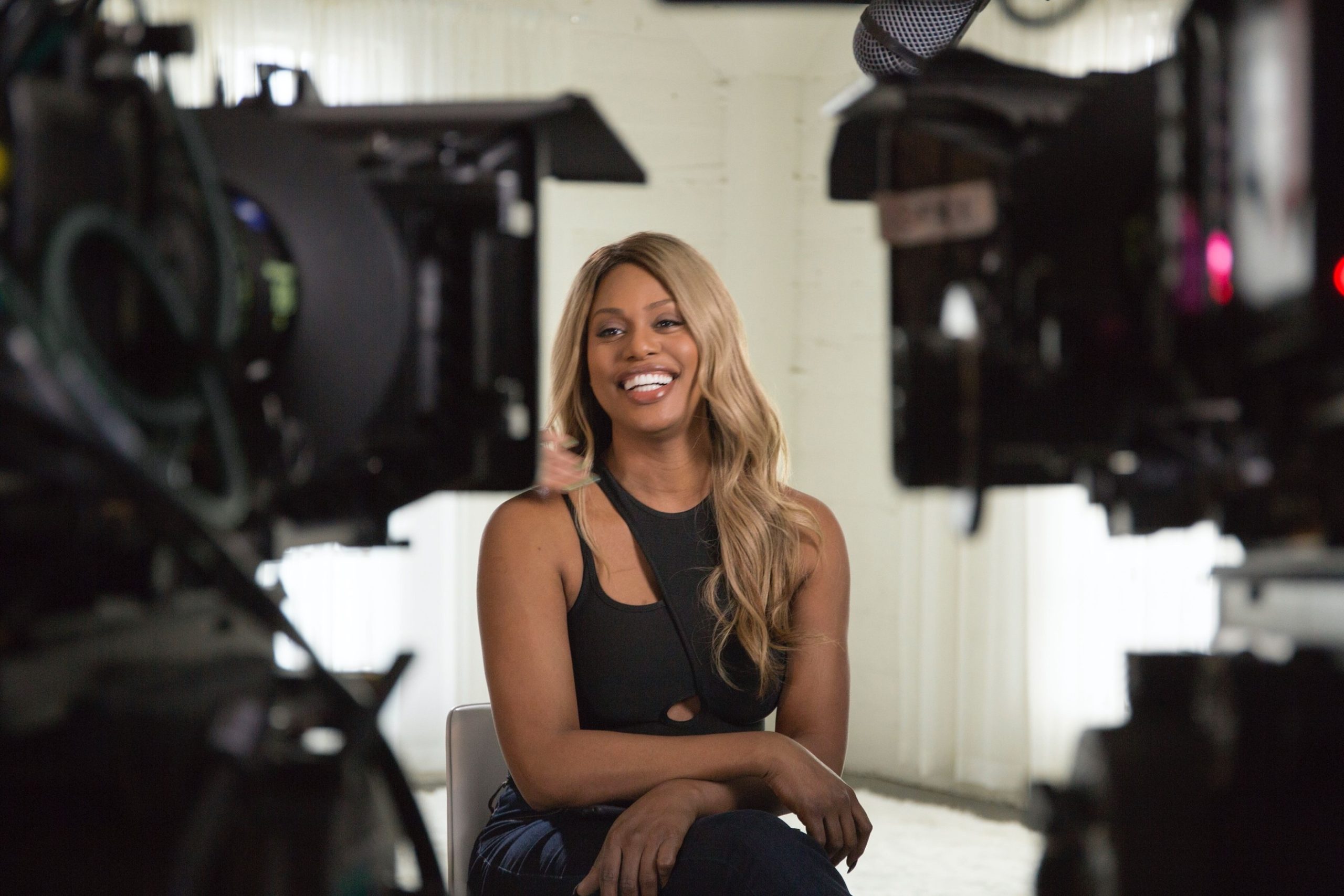 Laverne Cox smiles for the cameras in the documentary Disclosure: Trans Lives on Screen

“You’re queer, take a free ticket!” Admittedly, these warm words were ones I never thought I would hear at a Sundance Film Festival, let alone on the night of a premiere. However, they were said with intention, since the team behind the documentary Disclosure: Trans Lives on Screen knows the importance of providing a safe space for transgender and gender non-conforming (GNC) people to celebrate their stories together, in a theatre, on the big screen. Their documentary creates a world of firsts, including a unique model for creating more accessible and representative narratives about trans people. Directed by Sam Feder, it stars notable actors that challenge our perceptions about media, including Laverne Cox (also an executive producer on the film), Rain Valdez, Jen Richards, Zackary Drucker, and Trace Lysette.

Most of our media consumption happens passively, as we unwind from our busy lives by watching our favorite movies or television series. Because we are passive in our consumption, we forget to think critically about the fact that many of the images we see come from creative teams lacking diversity, often catering to older white, heterosexual, cisgendered, people of the world. Due to that lack of creative diversity, and the inability for queer, trans, and people of color to tell their own stories, what we see is frequently riddled with inaccuracy, stereotypes, and harmful jokes that hurt marginalized communities. These negative associations created by the content we consume, colors our perspective of people in real life, and makes people from those communities feel othered. 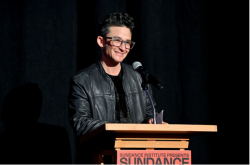 Director Sam Feder speaks at the premiere of Disclosure: Trans Lives on Screen

As a director, Sam Feder rebels against this idea of passive content consumption by encouraging us to turn on our minds, rather than turning them off. It’s the first step toward becoming an active consumer of media, and making conscious decisions in what we watch and how we spend our money. The distributing agencies follow the money, so Sam insists we learn to ask ourselves: How do we check in with ourselves when watching TV or a film? How do we learn to question who is telling our stories? That’s why Disclosure purposefully gathers an extensive history of transgender portrayal in the media over the last hundred years, while prominent transgender actors and directors of the modern era critically dissect how these characters have been harmful. In doing that they provide us with a helpful template to use when when analyzing the next round of films and TV shows we watch.

I was fortunate enough to sit down Sam Feder and actor Jen Richards to discuss the ingenuity of Disclosure and how it demonstrates the value of representation for actors, the audience, and industry members alike. While a radical notion to some, Feder made a firm commitment to hiring transgender or GNC people to be department heads on set, and when this wasn’t possible, the hired individual mentored transgender fellows in the filmmaking process. Additionally, Feder actively sought out transgender and GNC people with no prior work experience, “It was a hard decision to turn down folks with a lot of experience and had a passion for the project, but I wanted to create space for people to put their foot in the door…these are folks that may not ever pursue film due to the predominant cisgendered environment.” Both Feder and Richards attest to the difficulties in transgender and GNC people breaking into union driven industries, which further limits the number of transgender and GNC people within the film industry. The hard work certainly paid off, since 150 transgender and GNC people worked on Disclosure – a jaw dropping and record-breaking number.

The deliberate act of having a transgender and GNC crew was not just embraced by those behind the scenes. Actors instantly sensed a difference when coming in to work. Richards explains, “This was a breath of fresh air, I was able to unwind and be myself. I wasn’t coming to set to be the ‘trans person’”. Being surrounded by community is nothing short of an empowering experience, because as Feder and Richards informed me, transgender and GNC people are often encouraged to isolate themselves from society, either by going stealth [not publicly discussing their transgender experiences or personal history] or aiming to fully assimilate into the cisgendered world. While going stealth and assimilating into the cisgendered world has benefits, such as safety and less discrimination, the isolation limits transgender people to network and openly collaborate with each other, which is a much-needed step in breaking into the entertainment industry. 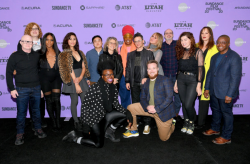 The cast and crew of the documentary Disclosure: Trans Lives on Screen

During the film, it’s revealed that 80% of people across the United States have never met a transgender or GNC person. This is exactly why it is so harmful to have non transgender people writing roles for trans characters, since it often results in one-dimensional inauthentic characters, whose lives revolve around their transition rather other aspects of their complex personalities. Another issue is that cisgendered actors are often cast to play trans characters. Once the cameras stop rolling, these actors take their costumes off, which contributes to the assumption that transgender people simply are putting on an act. Some also believe this is a factor in the extreme level of violence among transgender and GNC people, particularly among those of color. Disclosure; alternatively, presents audience members to transgender actors, who have a chance to be themselves the entire time, in all of their wonderful complexity. The documentary asserts that the more transgender actors play themselves, or write roles for other transgender and GNC people, the more trans people will become normalized, and seen for who they are.

Richards, Feder, and I also discussed how the same 80% statistic impacts transgender and GNC people. Since they probably don’t have trans friends or know anyone in their community, TV and films become the foundation for how they see themselves, and could lead them to internalize the harmful messages analyzed throughout Disclosure. In the documentary, the actors speak candidly about how the films and TV shows they discuss, influenced their overall perception of themselves. By deconstructing problematic characters, TV shows, and films, they present the audience with a new lens to critically analyze common tropes which, ideally, will ease the internalized hate and shame they promote. The film doesn’t just reflect on the past though, it also looks to the future. Richards specifically, suggests that most of the household Hollywood names have been acting since childhood, a privilege attributed to accessible childhood roles, which is why she says transgender characters should be written into into school plays; it gives transgender and GNC teens access to an acting career that might not otherwise be possible.

Newly equipped with the tools this documentary provided me for understanding media consumption and the importance of transgender representation in entertainment, I encourage those who want tell the stories about transgender or GNC characters to learn from the lessons Disclosure has to offer. Giving transgender people the chance to tell their own stories provides more authentic narratives where transgender individuals will become positive examples, solidifying the idea that their dreams are possible and attainable. The actors and crew on Disclosure were seen, validated, and supported by one another – a true community effort. Just as the filmmakers do, I hope the film will serve as an opportunity to reflect on your own perceptions of media, and motivate you to push for change in the entertainment industry.