Courtney Gardner gets unique insight from Olivia Peace, Jess Zeidman, Rachel Sennott, and Madeline Grey DeFreece about their film, which played at Slamdance 2020 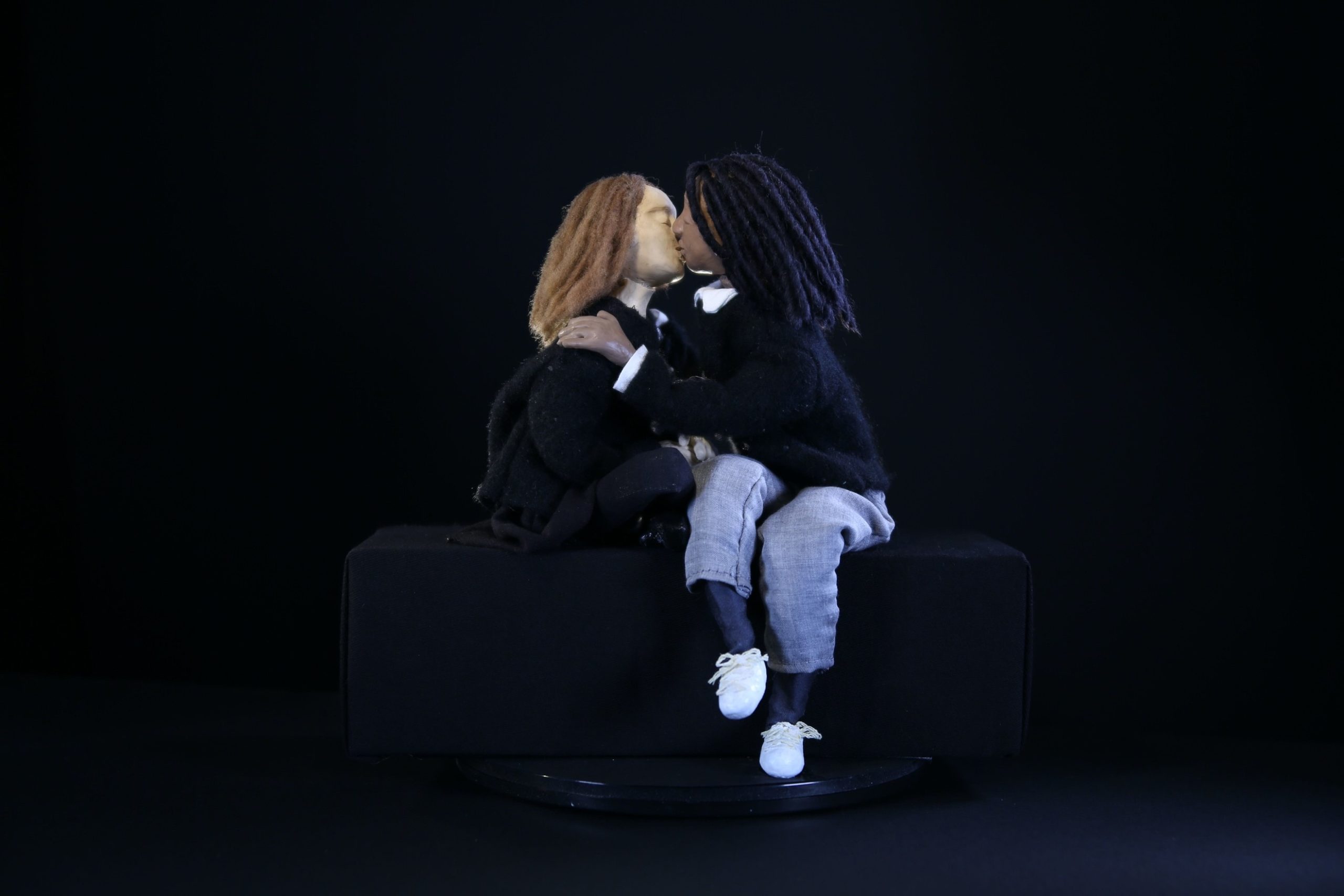 Inside Hannah and Carrie’s world in Tahara

Tahara, which premiered at the 2020 Slamdance Festival, is the feature-length directorial debut of Olivia Peace. Written by Jess Zeidman, the film opens with best friends Hannah Rosen (Rachel Sennott) and Carrie Lowstein (Madeline Grey DeFreece) entering their temple to attend a funeral for their Hebrew-school classmate, Samantha Goldstein, who has committed suicide. After the services end, Hannah and Carrie join their classmates in a “teen talk-back” session where they are encouraged to speak their truths and learn about grief within a Jewish context. During this session, Hannah and Carrie also have a personal tahara, or a ritual cleansing, in which they lay bare their friendship. As a movie, Tahara stands out because it steps away from common tropes associated with coming-of-age films with dynamic dialogue, painfully relatable wardrobe choices, and an exploration of toxic teenage friendships. During Slamdance, I met with director Olivia Peace, writer Jess Zeidman, and the film’s stars Rachel Sennott and Madeline Grey DeFreece to discuss how the world of Tahara became a tangible reality and why this story had to be told. 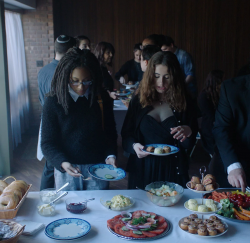 Carrie and Hannah grab some food in Tahara

The immersive reality for Tahara began with its screenplay. Zeidman wanted to bring the turbulent nature of adolescent friendships to life, since it’s during this time where we fight against the familiar, as we come into our own. For Zeidman, an important aspect of her teenage life was attending Hebrew school, and while it wasn’t a major part of her identity, being Jewish is; so she felt compelled to shed light on how teens discover themselves within this specific environment. Sennott, like Zeidman, also attended Hebrew school, and was excited to step back into this time in her life with a script that didn’t shy away from the honest, cringy, and messy parts of being a teenager. Peace was instantly drawn to the script since she had yet to see a film where the lead character was black, Jewish, and queer. DeFreece saw the importance of bringing a character like Cassie to life too when she said, “As a queer black woman it’s like using a magnifying glass to find stories where this story is being told.”

While the screenplay established Tahara’s characters, Sennott and DeFreece breathed life into Hannah and Carrie. Both actors were encouraged to play with the script, and if the words didn’t feel right, they were under no obligation to say the line as written. Sennott and DeFreece often improvised until they felt like they hit the mark. Together, they drew upon their personal friendships, resurrecting long-forgotten selves to step into character. For Sennott, this meant reuniting with her discomfort and awkwardness in her body. This process led to a lot of emotional labor on set, but looking back, the two agree that it was necessary to lend truth to the narrative. The authenticity of their performances is amplified by Peace’s attention to detail and camera placement.

Peace found that the best way of expressing the bombardment of emotions associated with adolescence was to have the audience visually experience them, instead of just hearing them through dialogue. She created her interpretation of a teenager’s reality by filming in a square aspect ratio similar to that of Instagram videos. This vantage point immediately draws us into Hannah and Carrie’s smartphone, social-media-influenced world, a tight and often uncomfortable place to be, where our line of sight is limited. Experiencing this optical limitation directly drops us into the teenage worldview – there is no choice but to give into the impulsivity of the moment. The lens only widens at one point in the entire film, during a kiss between Hannah and Carrie. This is a literal widening of Carrie’s worldview and we’re along for the journey as the camera expands and spins. Peace pulls from her animation background to dunk us into a dizzying world of bright and melting colors. This causes us to feel the same rush of teenage emotions in a tangible, visceral way. As the kiss ends, the lens tightens, and we go back to our squares. 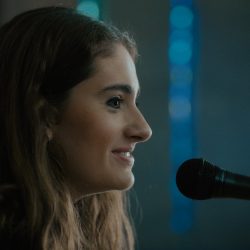 Hannah (Rachel Sennott) embraces the emptiness of the synagogue.

Tahara brought me back to my own square at a time where I felt challenged to authentically express myself because it meant that I might sacrifice the approval of those around me. The internal struggle to find the right words rather than my own was not a unique experience though, it was universal, which is why Zeidman wanted to bring us back into the weird and awkward world we all lived in. With that goal in mind, she didn’t shy away from students visibly struggling to attribute qualities and memories to Samantha. Once a classmate mentions that Samantha liked horses, and this becomes her only memorable trait. While it initially causes laughter, we see a dramatic shift in the students’ emotions when nothing else about her comes to mind. The assumptions made about Samantha throughout the film become the internalized reality of who she was, and how she will be remembered. The teenagers grapple with the discomfort of not knowing their classmate well enough, and not making any effort to know her. Like real life, Tahara doesn’t take place in an ideal world, it takes place in our world where we learn as we go, make mistakes, and lose friendships, all while we learn about ourselves.

Authentic narratives like Tahara help those on the journeys of self-discovery find themselves on the big screen. The genius of the film is how it embraces the discomfort, awkward situations, and cringeworthy moments of adolescence. Zeidman skillfully honors the reality of high school by validating these experiences, not only for the characters, but for us too. A classmate has died in the movie and this is not something that can be resolved in one day. The grieving process is exactly that, a process, particularly as the teens in the film mourn the loss of their classmate, as well as the parts of their lives that have now been changed by her death. The characters’ evolution in Tahara shows that change is a slow and steady process, not an immediate fix. Immediate resolutions are common in coming-of-age films, setting unrealistic expectations for how to cope with life’s problems. However, Tahara obliterates this stereotype to provide teens, as well as adults, with an understanding of what change looks like and how we can come to terms with our own imperfections.