Reality is stupid. This attitude seems to be the underlying mantra of director Makoto Nagahisa’s work thus far. Crashing onto the international film scene like an asteroid exploding into the earth (one that is swirling in clouds of rainbow-hued pixie dust), the inimitable and apocalyptic We Are Little Zombies seeks to distance itself from anything remotely derivative or unoriginal.

Nagahisa’s 2019 feature film debut packs a wholly unique punch that seamlessly blends the defining boundaries of 8-bit video games, Japanese manga/anime stylization, and fractured film narrative structure to create a radically different coming-of-age story. After four socially outcast, newly orphaned teenagers meet each other outside their parent’s crematorium, they decide to form a “party,” like one would expect out of a Final Fantasy game. From here, the story flips between past and present, recounting the tragic events following each child’s last memory of their parents. But the thing that sticks out about this ensemble cast is their collectively melancholic point-of-view. Their grieving and emotional display don’t quite match up to societal expectations.

Hikari, the Game-Boy clutching front man of the crew, refuses to be labeled simply as a sad orphan, and this sentiment permeates throughout the rest of the hero quartet as they embark on a quest to discover what shape their lives will take, free now—in their eyes—from the burden of parental ties. The kids erect an emotional wall between themselves and grief, instead taking the opportunity to be a band of havoc-wreaking hooligans without the usual consequences. 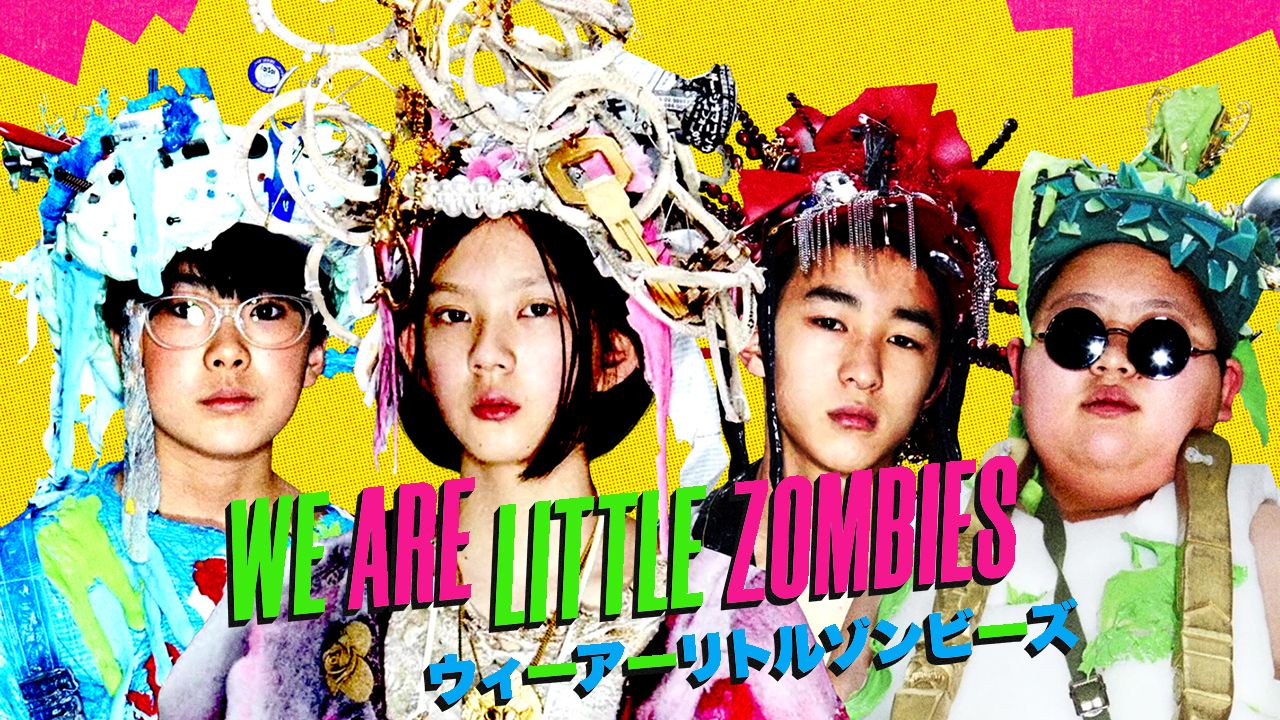 At times unconventional, the camera movement and even the camera choices (there are numerous GoPro and handheld sequences) create a special aura of earnestness around Nagahisa’s intention to portray kids as individuals with agency, rather than vessels fettered to the back-breaking responsibility of carrying on their parents legacy. Family can be found anywhere, Nagahisa seems to say, and most importantly the nomenclature of “sibling” can extend beyond the exclusivity of blood-relation.

After treading through the last memories of their parents, Hikari and crew decide that in order to sustain and support themselves in the real world, they need to form a band, specifically the eponymous rock band, “The Little Zombies.” Immediately skyrocketing to “EMO” sensation status for young and old audiences alike, the Little Zombies start planning a nationwide tour and drop their first album titled “Who Killed Them?” It’s a reference to the unknown whereabouts of the killer of Hikari’s parents, a bus driver that swerved off of a highway. The album generates a cult-like group of online vigilante followers for the Zombies, culminating in the cyber-bullying and eventual suicide of *checks notes* the aforementioned bus driver. This unexpected resolution robs Hikari of his engine, stealing away the answers he had secretly been hoping to discover, and in the process sputtering the Zombies short-lived stardom. 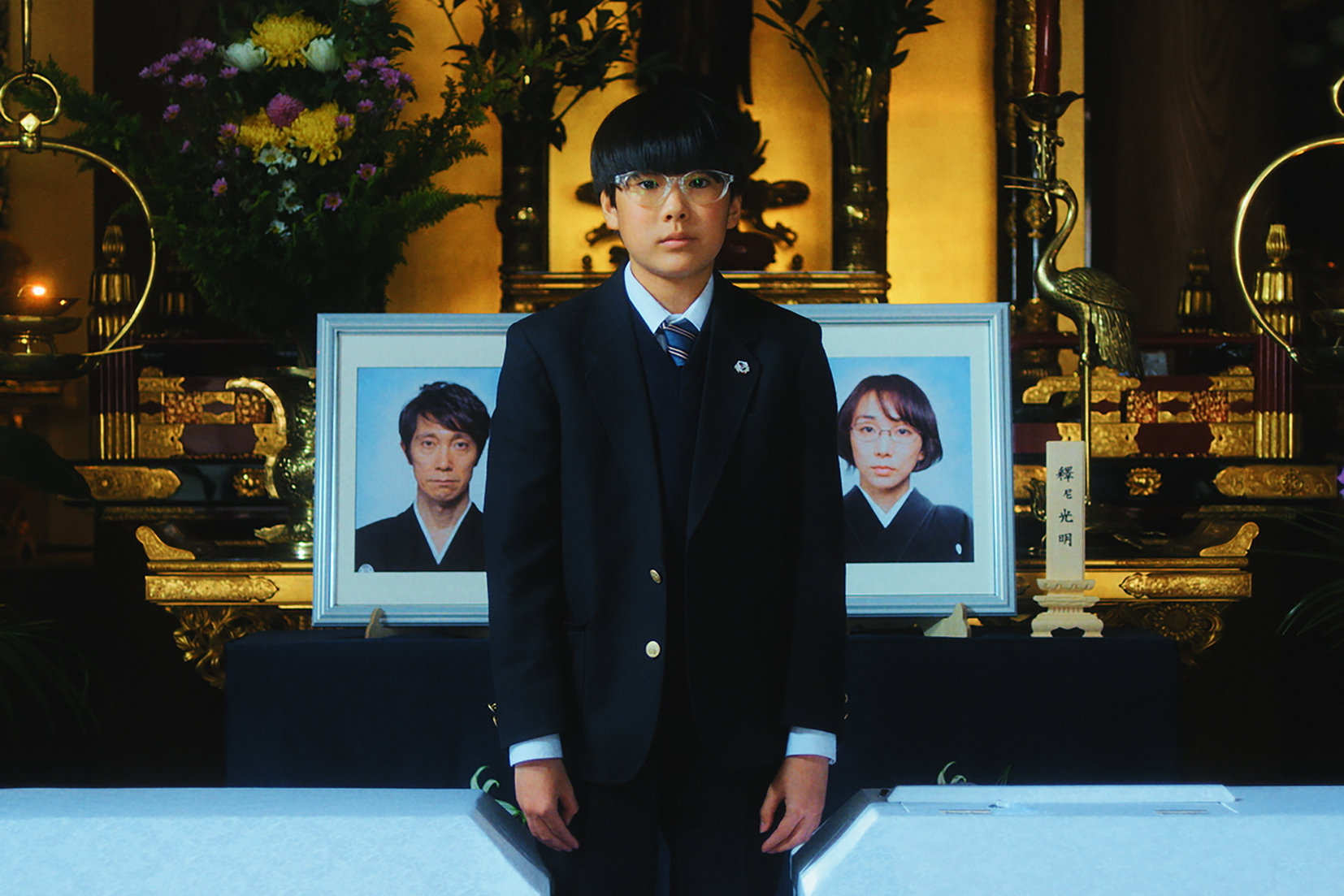 The scandal comes to a head when the Little Zombies make an abrupt exit, cancelling their tour and stealing a garbage truck in a spur-of-the-moment change of plans. The Zombies assault the garbagemen, becoming criminals all so that Hikari can visit the scene of his parents’ death and perhaps obtain some form of closure. That is, until a “GAME OVER” prompt appears on screen, teleporting the truck into a dream realm resembling Hikari’s mother’s womb.

Wrapped in an umbilical cord, the trash-filled vehicle and its occupants are trapped in a void of embryonic fluid, giving an indelibly strange, impossible-to-look-away-from visual metaphor of post-grief rebirth. It is in this immaculately strange, but compelling moment of figurative death and resurrection that Hikari and crew finally recognize their bonds with one another. Realizing their new family is none other than the people around them, the kids manage to acknowledge their grief, at long last feeling a drop of emotion and sadness as Nagahisa rolls-back the Game Over sequence, returning to the world of reality.

After becoming the first Japanese director to win Sundance’s Short Film Grand Jury Prize for his 2017 short, And So We Put Goldfish in the Pool, Nagahisa has established himself as a director intent on taking massive creative risks with a postmodern style unlike that of any other.

It’s beyond refreshing to see a filmmaker taking advantage of all the medium’s possibilities, rather than being overly concerned with whether or not the images conform to a uniform color palette, or whether the camera movement is perfectly steady. Even composing the film’s catchy theme song, Nagahisa’s arrival announces a fearless voice in independent Japanese cinema. 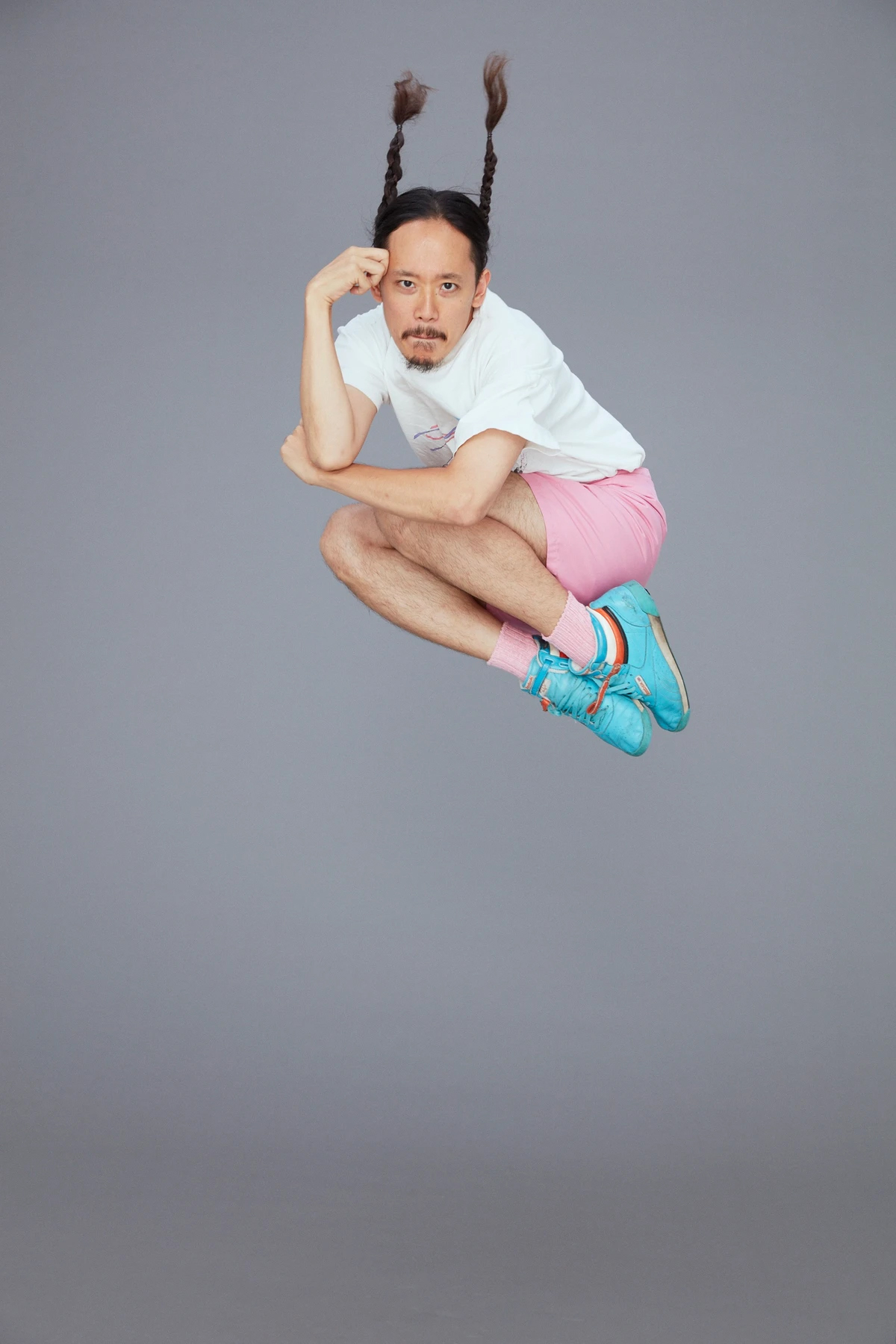 Nagahisa and We Are Little Zombies’ message to the audience—and the world at large—materialized from the feelings Nagahisa himself grappled with throughout his twelve-year stint in advertising. He points out the outrageously unrealistic burden of social expectations that are placed not only on children, but humans in general. As Hikari belts in the theme song shortly before jumping off a roof and plummeting into a cushion-y dumpster: “future, money, courage, love: don’t know what they are, we have nothing”. A closer look at the lyrics and dialogue reveal Nagahisa’s hyper-awareness of the degree to which societal regulations and conformity can at times oppress the soul and freedom of individuality. Oscilloscope Laboratories and Kindred Spirit paired up to give We Are Little Zombies a virtual and in-person U.S. release that began on July 10. Further information about the release is available at littlezombies.oscilloscope.net.