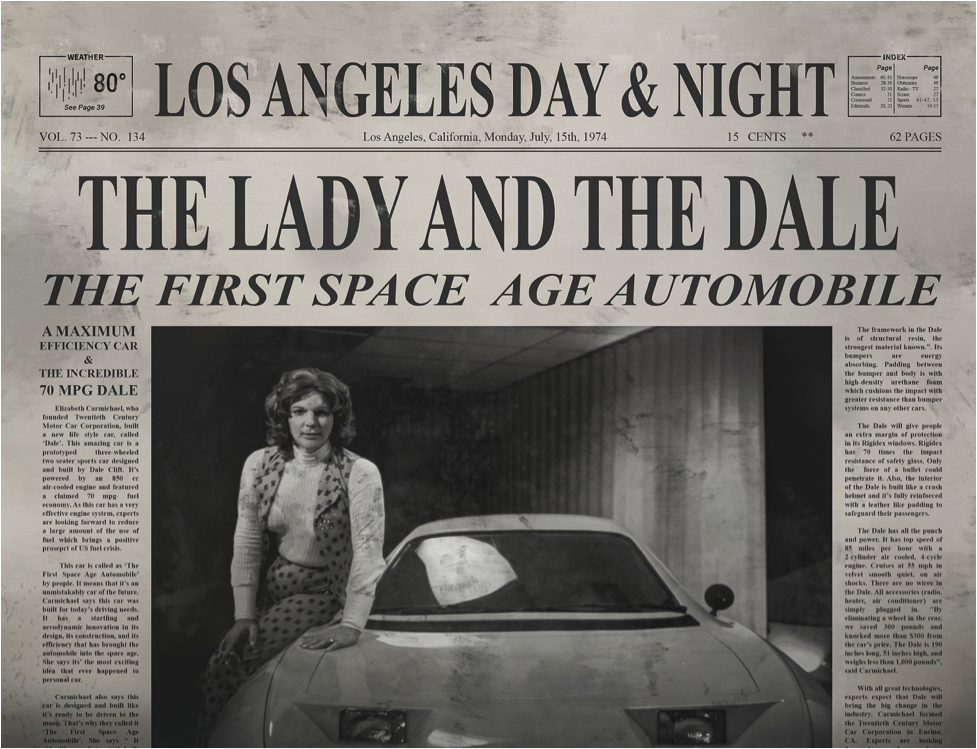 I need to come clean. I don’t drive. The last time I was behind the steering wheel was in 2016, the day of my driving test. Needless to say, I don’t know anything about cars. I don’t care to know anything about cars and yet I just spent four straight hours glued to my screen watching a documentary series on the history of the Dale, you know, the world’s first three wheeled car. But wait—this isn’t just about the Dale, it’s about the new series, Lady and the Dale, the latest from directors Nick Cammilleri (Slide and Vile) and Zackary Drucker (Transparent, Mother Comes to Venus, At Least You Know You Exist), that was executively produced by Mark and Jay Duplass of Duplass Brothers Productions. The Lady and the Dale will premiere on HBO and HBOMax on January 31st, 2021. 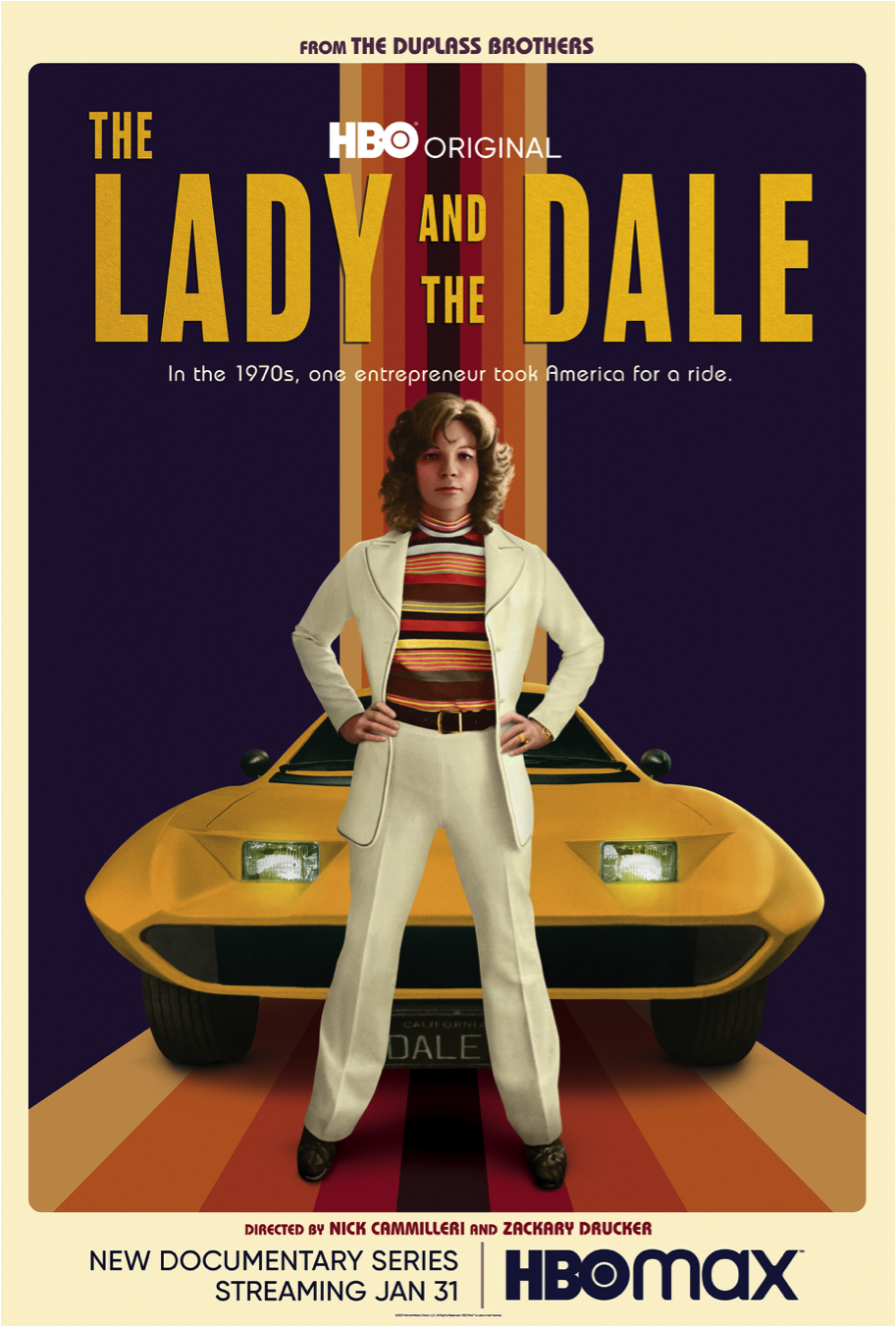 HBO’s new series, The Lady and the Dale, explores Liz Carmichael and the Dale automobile.

So, who is the  titular Lady? She’s none other than the infamous Elizabeth (Liz) Carmichael, founder of Twentieth Century Motor Company, which had been on track for surpassing the success against the Big 3: General Motors, Ford, and the Chrysler Corporation. However, despite finding her footing on the ladder of success, the wariness of the legitimacy of her claims regarding the Dale and of her identity continue to face major scrutiny. 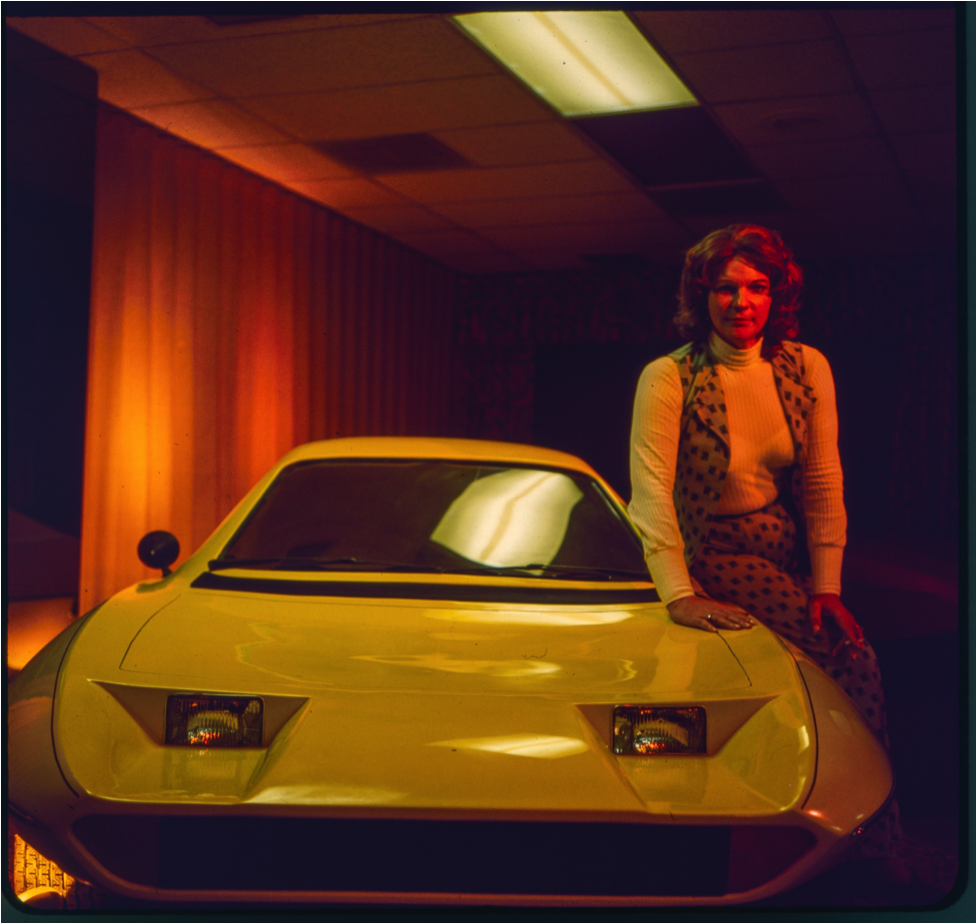 The docuseries is presented in four parts, chronicling Carmichael’s life from her childhood to the end of her life. We learn her story through the backdrop of interviews with Carmichael’s family, friends, foes, as well as notable scholars and activists. From the very beginning of the series, you are taken on a journey throughout time, in what is presented as a family scrapbook brought to life. The artistry of the world is absolutely stunning. Imagine walking among juicy family stories, memories, and collages made out of hand-cut photographs that come to life. History and present day are beautifully and skillfully interwoven, through the carefully orchestrated rhythm and pace, knitting together suspense, amusement, and heartbreak, a signature aspect of Drucker’s work.

I love the use of documentaries as a means to explore and teach history – it may just be my favorite way to acquire knowledge; specifically, knowledge that is not readily available in most public-school curriculums. Documentaries provide access to a world that is often not accessible—the people behind the story—allowing history to become more tangible and far more memorable compared to the dry and monotone documentaries that freckle themselves throughout my academic career. The Lady and The Dale did not disappoint. It goes beyond the standard blueprint of documentaries on transgender individuals and creates a new focus for their story. While the series explores the intrigue of corporate American, it also acts as a documentary that attempts to understand the personal life of a transgender woman. It’s important to note that this documentary is not about Carmichael’s transition, but about Carmichael, the woman who took the world by storm and formed a shield of resilience despite the insurmountable transphobia she encountered, forms her own character arc. 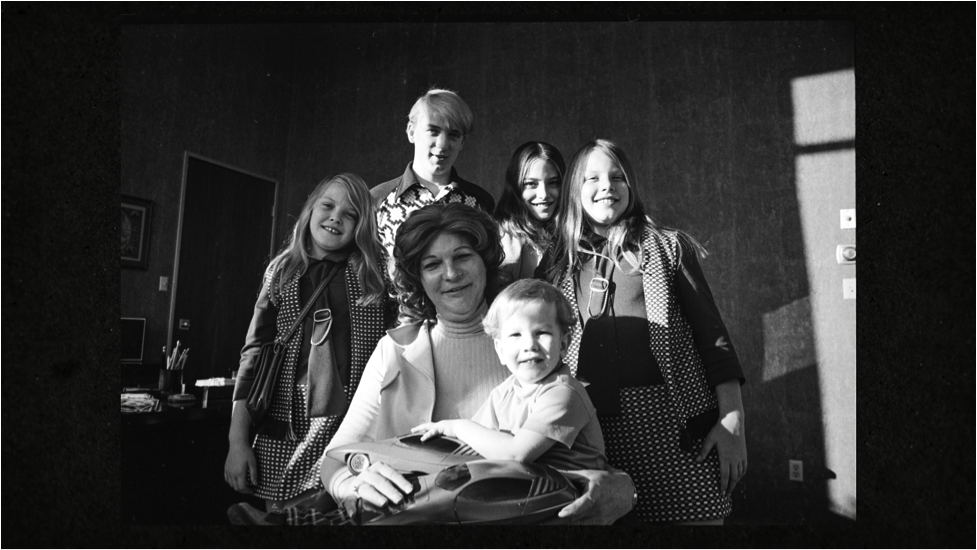 The focus of this docuseries challenges the standard story on transgender individuals. The episodes reaffirm the idea that trans people exist beyond their transition and negates the common narrative in film and television where trans people only exist in relation to their transition. Carmichael had to carve her own place in the automotive world, as Vivienne Ming, fellow groundbreaking entrepreneur explains in the series, “This is her one chance to set all the past aside and do something truly meaningful…no one else in the world is going to give her a chance. She has to create it for herself.” The automotive world was not prepared to be challenged by a brilliant and ruthless woman, much less a transgender woman with a complicated, at best, past. Before you write Carmichael’s struggle off as a product of its time, it is important to remember that many trans people  are still struggling to find success in a variety of fields. For example, the entertainment industry has for decades allowed cisgender people to write the lives of transgender people for amusement and to deconstruct and dehumanize the trans experience, but we are finally seeing the turning point. The change of pace is entirely credited to those that have written their own stories, directed their own narratives, and ensure a place and voice for other transgender people hoping to get into the industry.

For those who start to watch the series starting on January 31st, it is important to understand that some of the content may be triggering. Some of the interviewees repeatedly use Carmichael’s birth name and misgender her. There are also transphobic comments throughout. This is not the fault of the directors or the producers, but it reflects the bigoted attitudes that Liz Carmichael encountered in the auto industry.