A Review of We're All Going to the World's Fair 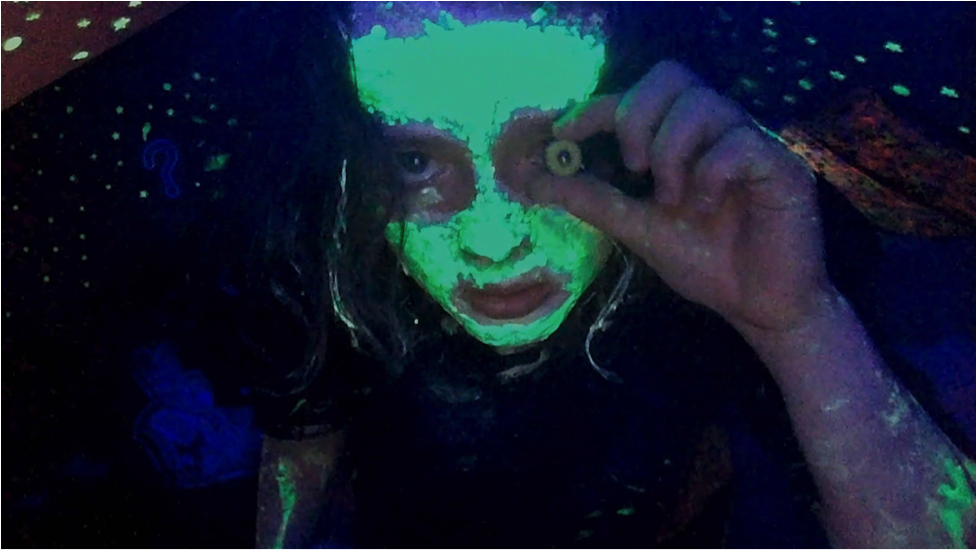 Before the viewing of We’re All Going to the World’s Fair starts, director Jane Schoenbrun instructs the audience attending the 2021 Sundance showing to get rid of our phones. Put them into the next room or throw them out the window; do anything to ensure that we aren’t tempted to pick them up during the film. Jane wants to ensure that we can truly give ourselves over to the experience we are about to have. I take them up on their suggestion and put my phone under my blanket. I don’t know what to anticipate having only read the logline for the film, “A teenage girl becomes immersed in an online role-playing game,” but I determine that I am ready, or so I think.

As the film opens, we meet Casey, staring into the void with wide glossy eyes. She methodically recites “I want to go to the world’s fair” three times. It’s almost if she isn’t sure of what she is getting herself into either. We continue to watch her from inside her computer screen as her sloth-like movements take her through the next stage of the game. Unexpectedly, Casey repeatedly pricks her finger to draw blood at an unrecognizable speed. Our position limits what we can see, but Casey seems to be smearing her blood across the bottom of the computer screen. Her eyes become even glossier as she stares deeper into the computer screen while watching a video. The audience can not see what she is watching, only the strobes of bright light bouncing off of her eyes and illuminating the isolation and darkness of her room. She sits motionless with an empty and morose face. She doesn’t blink, so neither do I, just in case I miss something. As my eyes begin to burn, it’s over. The ritual is complete. Now, we wait until the game begins.

As I watch Casey sleep, I think of all the nights I spent alone as a teenager, awake at odd hours of the night, consumed with the downward spiral of creepy internet videos, which has since been coined as, “the other side of YouTube,” that only seemed accessible in the throes of insomnia. My stomach sinks instinctively, this is going to be a long night. 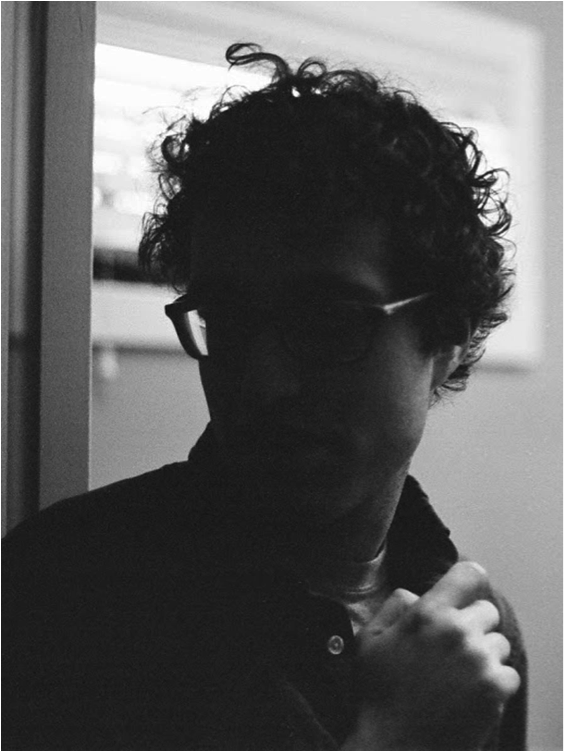 We’re All Going to the World’s Fair is Schoenborn’s first narrative feature as both a writer and director. Similarly, this is Anna Cobb’s (Casey) feature film debut and she gives a breathtaking performance; her facial reactions and physicality on-screen relay the emotional tenor of the movie. She is joined by veteran actor Michael J. Rogers (Beyond the Black Rainbow, Sollers Point, Continuum, and Two for the Money). Rogers exists as JLB, an eerie, disembodied voice of her sole fan. When he speaks it causes the hair on the back of your neck to stand up. While they are never in the same room, Casey and JLB build a realistic back-and-forth internet relationship. Casey posts videos and JLB responds. His messages try to convince her that he is looking out for her safety, that she should make more, that he waits with bated breath for the next one. For those of us who grew up online, the authenticity will bring you right back to those late nights of long hours on the computer. If you didn’t, perhaps this will provide some insight into the lives of those “loners” who found connection via a modem. The camera work is astounding. There is a mix of close-ups and extreme long shots that provide a barrier around Casey. The use of which helps to build the suspense. In one scene, after Casey finishes one of her online activities, the cameras continue to roll for an uncomfortably long time. It provides a pregnant moment where the audience watches intently, waiting and wondering if someone or something is going to pop out from somewhere. There must be a reason for the scene to continue the action, why else haven’t the cameras stopped? Ultimately, We’re All Going to the World’s Fair transports you to another world, where time has stopped, but that’s okay because time no longer feels all that relevant. As we are forced to watch Casey’s journey, we end up going on a similar one ourselves.

As we see Casey change throughout the film, we become aware of our role as voyeur. It creates an interesting dynamic. We have no access to her internal turmoil or understanding of he world outside the computer screen. While some viewers may assume she is using the World’s Fair as an escape from her boring, lonely life, those paying closer attention might see look of internal dissatisfaction broadcast across her face and posture as she sits there in front of us. We can see both a desire to be seen and heard, but also the general state of unease that is part of spending hours online. Schoenbrun explains that this film is their attempt to articulate the hard-to-describe feeling of dysphoria. For Casey, her internal discomfort causes her to drift away from friends and family and try to break through the flatness of feeling by changing the only thing she feels she can change, her personality. For those of us who were always online as teenagers and young adults, the sensation on screen feels familiar. The internet is a limitless abyss, which is both  intimidating and comforting. It is a place where we can hide from reality and experiment with different parts of our identity. Online worlds offer us an opportunity to be anyone and meet like-minded avatars without a sense of who they are in real life. It’s also a chance to learn things about yourself that you can’t easily, or sometimes safely do, in real life. I remember having conversations with strangers on the internet when I was probably too young for some of the conversations. I enjoyed blurring the line between truth and fiction as I took the opportunity to pick and choose what and who I wanted to be. The online world gave me a chance to see how others responded to the different facets I presented. This was invaluable for me and it gave me a level of comfort I was missing, even if it was just through a glass screen without any physical interaction. The energy it took to pretend in the real world all day long to get through the day was replenished by logging on and experimenting with facets of yourself for a few hours, or even all night.

I immediately recognized the disconnection in Casey’s on-screen life. The scenes where she practices what to say in front of the camera before jumping online, is a echo of our reality that gets edited out in the final cut. Despite watching Casey for the entire film, we never really get an opportunity to truly know who she is outside of her internet persona. She may be speaking to the camera authentically, or it may be a performative act she uses as a shield. It may even just be her manipulation of someone she knows is watching her, a social act because someone else is there with her on the computer screen. Once she figures out the script, she begins to speak intimately about her journey and what she has been experiencing in her physical body as she journeys through the game.

She starts by talking to an undefined audience, but when she comes across a video posted by JLB, it evolves into a performance where she tries on multiple presentations, looking for the right one to get the right response from her admirer. At this point the film becomes an intimate journey of self-discovery, but one that is available for all to see. As she practices, we are reminded of our role as voyeurs lurking in her room. But the relationship isn’t that simple. There are moments when Casey stares directly into the screen, directly at us as if she were aware of us and searching to see us, to connect with us. These are the moments when the actor and audience are forced to try and understand the meaning on the other side of the screen. Her time playing the game reminds me of what happens when I take my glasses off. I am aware of the world around me, but it is blurry and inaccessible. I can reach for something, but I’m not sure I am picking up the right thing. This is how reality hopping can feel. So which world are we in? Are we in reality or are we on the internet playing a game? You may just have to go to the World’s Fair to find out for yourself.