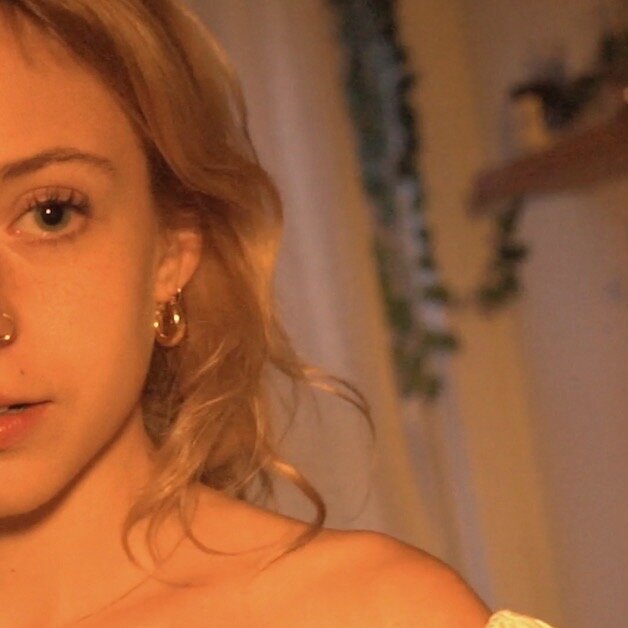 With COVID-19 restrictions putting production on hold, filmmakers must employ different methods of creating, distributing, and producing content. Filmmakers like Christopher Nolan, Spike Lee, and Sofia Coppola have released films with limited theatrical runs or sent them straight to digital releases. Yet, for independent filmmakers who do not have that Hollywood-sized production budget, the answer to their dilemma comes from the boundless world of  TikTok. The social media app has welcomed a large community of aspiring creators who have taken the app and used it as a medium to showcase their talents, providing a completely new space for creativity and ingenuity.

We spoke to Mar Wolf, an independent filmmaker out of Brooklyn, and asked her about how filmmakers like herself have utilized TikTok as a new means of producing content as well as a platform that provides versatile editing tools in a simple manner.

How did you get into screenwriting and directing? Was it through formal training or just a hobby that turned into something you wanted to pursue?

Funnily enough, I was a child actor and grew up reading theater scripts. At the same time, I was big on writing poetry and plays as little personal projects, lots of half-shitty loopy narratives that didn’t ever have a real ending. When I was thirteen, I remember taking my first job acting on an indie film set in Chicago and being so amused by everything happening around me. I just lost interest in anything else after that, started writing my own scripts, and eventually realized I could beg for money to direct them, too. For the rest of my life.

There are so many crazy filmmakers on TikTok, it baffles me. I struggle so hard to use my phone sometimes, it’s embarrassing–but miraculously, there are kids editing cinema-quality TikToks using tiny little editing screens and apps. I don’t really know where to begin with that; I just figured out the face filter feature a few weeks ago. But I do think a lot of these viral film-tok trends and their subsequent tutorials go to show how propitious that community is–it’s essentially a generation of educators and duplicators; they’re making really collaborative work.

How do you mostly use TikTok? Casually or creatively?

Casually! It’s been fun. When I noticed there were actually people interacting with my videos, I realized it could be a good creative platform as well, so I’ve been starting to throw some more of that content in there. I’m not sure how well my work can translate to TikTok language yet, but as long as it’s reaching some audience, I’m golden.

With all of the COVID restrictions on production, do you see TikTok as a viable alternative to producing media?

I’d like to think so. It seems to jump-start careers and give creators great exposure all over the place. To me, it does lack a sense of behind-the-scenes machinery that comes along with a film crew; TikTok is really personal and intimate. It can take some getting used to, taking in all this content that is intended to speak directly to you. It’s new! 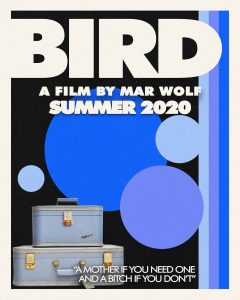 What’s been your experience with producing BIRD in a time like this?

The easiest and most predictable answer is: messy. With our original May/June production dates pushed back indefinitely this spring, BIRD has felt up in the air for months. In quarantine, I was kind of just sitting with the script and unfinished production plans. I was blindly hopeful things would change each month, and I’d get some kind of go-ahead from the universe to get ‘er done.

But in the end, I just sat with it all summer until folks started rolling back into town. Of course, in the fashion of the year, the show went wrong and we lost a DP six days out from test shoots, scored a new one, realized we needed more money, and put the whole project on hold again. At this point, we’re aiming for smaller-scale production at the start of the year.

I read your Q&A with Luna Collective and you mention this really beautiful thing of walking around New York with a tape recorder to pick up dialogue that you would never think of. Obviously, there are huge differences between face-to-face, vocal conversations, but I’m wondering if you’ve found conversations in social media apps like Twitter, Instagram, and TikTok where connections are being made just digitally?

I think a lot of what I love in recording passing conversations is the lack of context. It’s just a spliced exchange that I can fill in front or back. Online, there’s always an air of surveillance or anticipatory scrutiny that isn’t present in face-to-face conversations. There are plentiful connections to be discovered on social media platforms, but the rawness of being caught in a moment of conversation, unable to edit or rewrite or avoid, is it’s own.

Another Luna Collective-related question. You mention Don Hertzfeldt as an inspiration and note his vulnerability and dryness. I’ve read pieces of your written work and you convey vulnerability and reflection so well that it’s easy to see how Hertzfeldt has made an impression on you. Do you think it’s possible for content produced on social media to have these same qualities or do you think social media takes away some of the personal qualities of art?

I have a conflicting approach to this question. In many ways, I find social media to enhance those qualities, given each user is delivered and urged to create with a blank slate. What inevitably strips it of its abilities is the entire concept of user engagement and promotion, which can so quickly turn human connections into virtual walls and thresholds–it always becomes limiting. I feel a disconnect there. At the end of the day, though, social media is such a personal and intimate experience; you piece together and take away from it what you will, like any other piece of art.

Do you think there’s anything filmmakers could learn from TikTok?

Probably, right? It’s hard not to pick anything up. There’s a lot to learn about cutting fluff and getting to core content, it’s clear what people are aiming for as they’re scrolling so fast. Even if it’s not a style you take, it’s good practice, like a bunch of tiny film pitches.