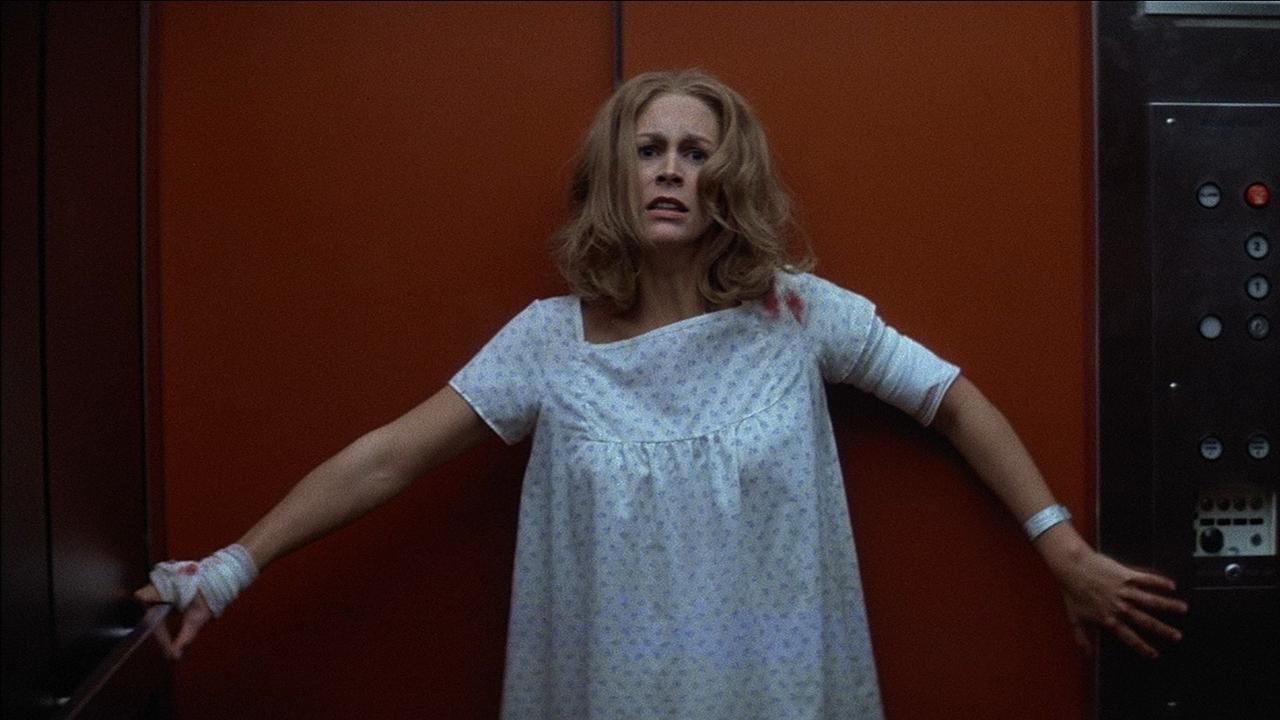 Known for its overt violence and gore compared to the original film, “Halloween II” (1981), made its way to the big screen 40 years ago on October 30, 1981, with a significant budget and high expectations. After pulling in $47 million in domestic box office and an additional $23 million internationally, making the theatrical total $70 million from a $325,000 budget, “Halloween,” (1978) directed by John Carpenter, became the most successful independent film throughout the 90s. It was inevitable that a sequel would be in the works sooner rather than later.

Fans of the original were both excited and cautious as the first was already considered a classic. The anniversary of “Halloween II” shows how the 12 installment franchise has become a phenomenon from the music, to the mask, to the jump scares. While the sequel was not received the best, both critically and by many fans of the original, it was still successful financially and contributed to the 80s style slasher, with the emphasis being more so on higher body counts and gory deaths than scares or suspense.

The franchise begins with the story of six-year-old Michael Myers who murders his older sister on Halloween in 1963. He escapes from a psychiatric facility 15 years later and heads straight back to Haddonfield, Illinois, to kill again. With his family long gone, Myers sets his sights on book-smart babysitter Laurie Strode (Jamie Lee Curtis) while his doctor, Samuel Loomis (Donald Pleasence), goes in search of him.

“Halloween II,” directed by Rick Rosenthal, continues right where the original left off, set on the same night of October 31, 1978, in Haddonfield. The indestructible Michael Myers follows his intended victim Laurie Strode to a nearby hospital while Samuel Loomis is still in pursuit of his patient, Michael Myers.

The script for “Halloween” was written in less than two weeks and shot in less than 20 days in the spring of 1975. With such a small budget, actors provided their own wardrobe to save money. Jamie Lee Curtis bought her “entire wardrobe at JCPenney for probably a hundred bucks,” Entertainment Weekly reports. The mask, which ignited an entire horror genre and a staple Halloween costume, only cost about $2, according to Mental Floss. Despite existing because of a small budget, these aspects lend the film its aesthetic that influenced a slasher film frenzy in the 80s. 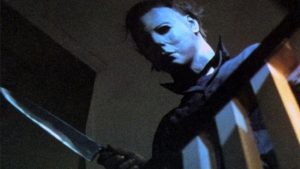 Throughout that decade, horror flicks tried to replicate some of the tropes of “Halloween,” such as the iconic mask, music and lurking point of view scenes. “Friday The 13th” (1980) took on the aesthetic of an indie slasher with a budget of only $550,000, and utilized the dramatic point of view shots of the killer. “Stage Fright” (1987) resembles the slow-burn narrative and the use of a mask to create a similar dramatic essence to “Halloween.”

The casting for the original film was also vital in the influence the film had on the genre. Most of the cast became household names because of the franchise, but the film would not have had the impact it did without their performances. The low budget limited the number of big names that Carpenter could attract, and most of the actors received very little compensation for their roles. Pleasence was paid the highest amount at $20,000, Curtis received $8,000 and Nick Castle, who plays Michael Myers, earned $25 a day.

Though the film was perfectly cast, the process was not as straightforward. Curtis was not the first choice for Laurie, but co-writer Deborah Hill argued: “From a financial, business point of view I thought, ‘Well, it doesn’t hurt that she’s Janet Leigh and Tony Curtis’s daughter.’ I realized even back then, even as independent and naive as we were, I did realize there was a business aspect to selling the movie and that could get us some publicity.” 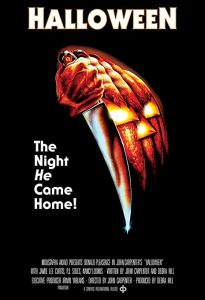 When “Halloween” was initially released, it relied on word-of-mouth rather than advertising, and while it performed well, many critics seemed uninterested or dismissive of the film. In a review of the film for The New Yorker, Pauline Kael claims that “maybe when a horror film is stripped of everything but dumb scariness — when it isn’t ashamed to revive the stalest device of the genre (the escaped lunatic) — it satisfies part of the audience in a more basic, childish way than sophisticated horror pictures do.”

Despite its critical response, the film was one of the most profitable independent films ever produced. Responsible for the popularization of slasher films throughout the 1980s, “Halloween” helped define a number of themes and tropes that are now considered classic horror staples, such as cheesy masks, daunting music and slow lurking point of view shots. Jason Zinoman, in a review of the film for The New York Times, said: “In horror, the jack-in-the-box scare… is the quickest way to get a scream, but the still shocks are the ones that linger with you. ‘Halloween’ has them both, but it specializes in the second.”

“Halloween” was not envisioned as an installment of a franchise, but following its limited theatrical release on October 25, 1978, and its expansion and popularity over the course of 1979, prompted the release of “Halloween II.”

By 1981, the slasher sub-genre was becoming the box-office draw that continued for the better part of that decade. The releases of “Friday the 13th” (1980) and “Friday the 13th: Part 2” (1981) enhanced this popularity. This helped influence the making of the second installment.

They wanted Carpenter to return to direct but, not surprisingly, Carpenter refused due to the making of “The Fog” (1980) at the time. However, due to pressure from the producers and the incentive of a heftier payday, both Carpenter and Hill agreed to participate in “Halloween II.” Carpenter composed the score for the sequel and served as a co-producer and screenwriter. 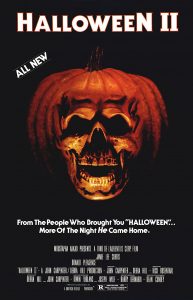 Executive producers Irwin Yablans and Moustapha Akkad heavily invested in the sequel, boasting a much larger budget than its predecessor: $2.5 million. There was discussion of filming “Halloween II” in 3D and adding on the extra expense, but Hill said, “We investigated a number of 3D processes but they were far too expensive for this particular project.”

The second installment was filmed over a six-week period starting on April 6, 1981, and ending on May 18, 1981. This was already a substantially larger investment and undertaking than the first, causing great anticipation. The film grossed over $7 million on its opening weekend, ranking number one at the box office. While the gross earnings of the sequel, $25.5 million, paled in comparison to the original’s $47 million, it was a financial success in its own right. It exceeded the earnings of other films of the same genre released in 1981: “Graduation Day” ($23.9 million), “Friday the 13th Part 2” ($21.7 million), “Omen III: The Final Conflict” ($20.4 million) and “The Howling” ($18 million) according to Box Office Mojo.

While there was a much higher investment, the reception of the film, according to critics, was exceedingly low. Variety staff wrote, “This uninspired version amounts to lukewarm sloppy seconds in comparison to the original film that made director John Carpenter a hot property.”

While there were few confident reviews, David Pirie gave Rosenthal’s directorial debut positive marks in Time Out magazine: “Rosenthal is no Carpenter, but he makes a fair job of emulating the latter’s visual style in this sequel.” He wrote that the Myers character had evolved since the first film to become “an agent of Absolute Evil.” 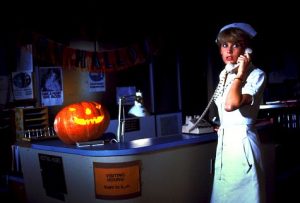 The film shifted into the gore subsection of horror rather than the focus on scares, which the original was known for. While “Halloween II” still impacted the slasher film industry significantly, the first was an unordinary sensation. The influence “Halloween” had on horror, cinematography and Halloween as a holiday created a footprint that became difficult to replicate.

Originally, “Halloween II” was intended to be the last chapter of the Halloween series to revolve around Michael Myers and the town of Haddonfield, but after the dry reaction to “Halloween III: Season of the Witch” (1982), Michael Myers was brought back six years later in “Halloween 4: The Return of Michael Myers” (1988).

Since then, there have been 12 installments because of the immense success, with the most recent installment, “Halloween Kills” (2021), having premiered on October 15. The film stars Jamie Lee Curtis and James Jude Courtney, who reprise their roles as Laurie Strode and Michael Myers. The film picks up right where “Halloween” (2018) left off, but not before a quick flashback takes the audience back to the night of 1978’s “Halloween” when Michael Myers picked himself up off the lawn and disappeared into the night after being shot by his doctor, Samuel Loomis.

The film has grossed $255.6 million worldwide so far with a production budget of $20 million. It received mixed reviews from critics, who praised the creative kills and performances, but criticized its screenplay and lack of innovation. While “Halloween Kills” (2021) does not add anything new to the franchise or hold in comparison to the original and the 2018 sequel, it does boast the biggest body count of the series so far. This pushes it further away from the original’s intent and closer to “Halloween II” (1981) with its violence and gore, but the presence of the original’s iconic tropes such as the mask and music continue on.

A sequel, “Halloween Ends,” is scheduled to be released on October, 14, 2022. Not much has been released regarding the film, but according to director David Gordon Green, it is set four years after “Halloween Kills” (2021) in 2022 and will address the COVID-19 pandemic.

As the franchise grows, it becomes seemingly difficult to replicate the impact that “Halloween” (1978) had as an independent film, but each new installment still brings a sense of comfort for horror fans each October.