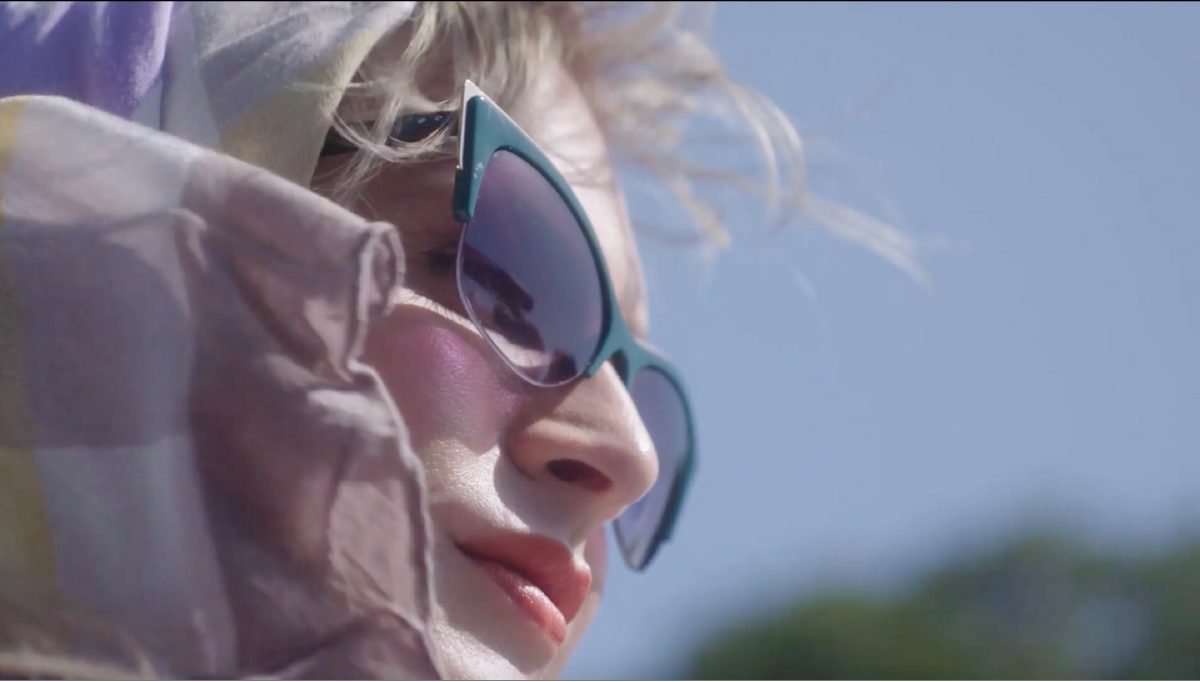 “Framing Agnes” (2022), Chase Joynt’s directorial feature debut, serves as a critique of the way the media dissects transgender people. The move also serves as a wholesome reminder that despite the media’s twisting of the private lives of these individuals, there is so much humanity than often falls out of the spotlight.

The movie had its world premiere at the 2022 Sundance Film Festival where it won the NEXT Audience Award for feature film and the NEXT Innovator Award for director Chase Joynt. I was able to talk with writer/director Chase Joynt, co-writer Morgan M. Page, and historian Jules Gill-Peterson during the festival about the creative process needed to give voice to the different messages in “Framing Agnes.”

Set in Los Angeles during the late 1950s, “Framing Agnes” introduces Agnes, played by Zackary Drucker (“The Lady and the Dale,” “She Gone Rogue,” “Transparent”). Agnes is a young trans woman involved in a UCLA sociological research study on gender led by Dr. Harold Garfinkel. Determined to do whatever it takes to get access to gender-affirming care, Agnes strategically navigates a system that was designed to exclude her. 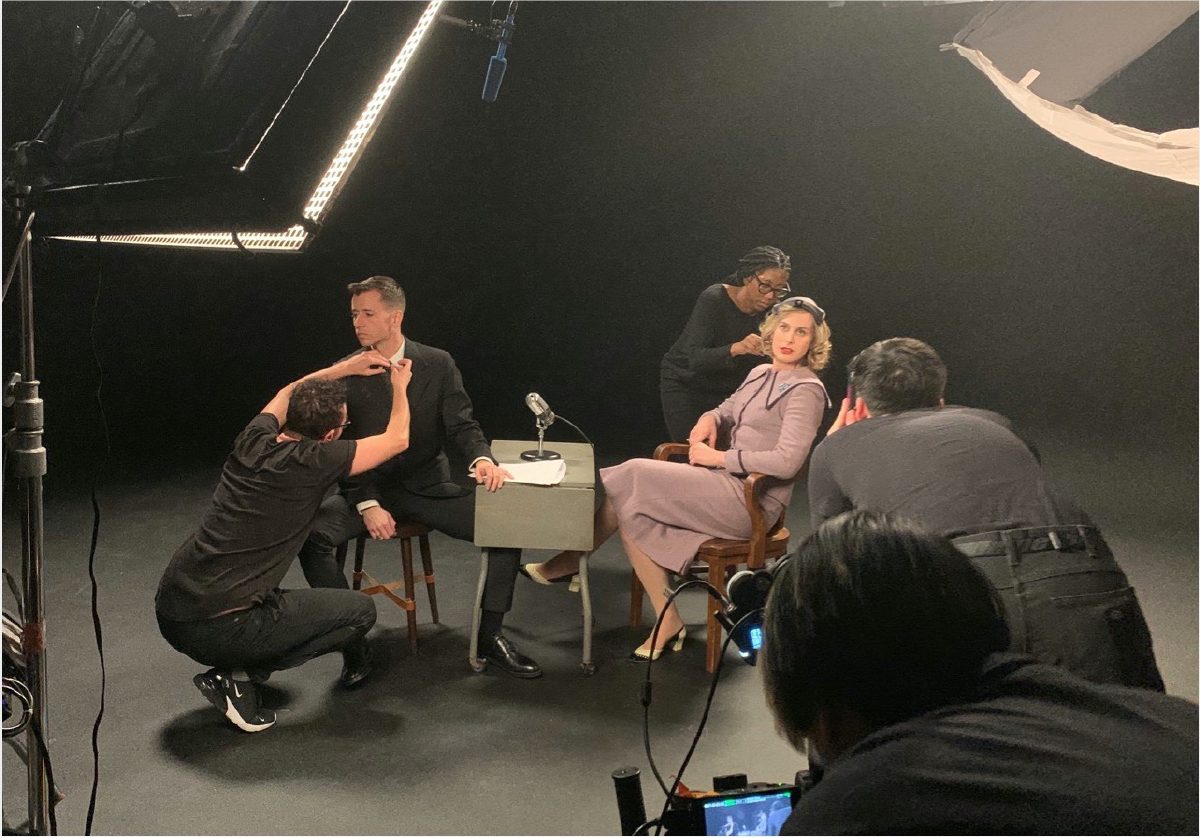 The majority of “Framing Agnes” takes place in a talk show studio often composed of nothing more than a black background with a small table between the talk show host and the interviewee. These scenes were shot on black and white to reflect the era. The camera often stays fixed on the character during the interview, but Joynt intersperses scenes of the characters doing various outdoor activities and spending time with a loved one. These scenes were shot in color and on Super 8 film which contrast with the gravity of the talk show. These scenes have a playfulness that comes with the nature of handheld cameras They are also brief interstitials that break through the mainstream television interviews. The amateurish and brief nature of the scenes offer a new dimension to the characters and give the audience a sense of familiarity.

Joynt uses the conflict between color and black and white to reflect the way the characters wear masks in public. It is used most effectively when Agnes leaves her interview. In the shot, she stands up in black and white, but as the camera follows behind her, she appears seamlessly in full color as she exits the studio. The seamless transition, compared to cutting each scene, pulls everything together beautifully. This aha moment is powerful beyond words and reminds the audience of Dorothy’s journey to Oz.

The narrative of the film is based on actual archives and transcripts from Dr. Harold Garfinkel. Agnes’s interviews have long stood as one of the first and singular examples of the mainstream culture’s awareness of gender and transitioning. However, Joynt was able to access Garfinkel’s records and found eight other case studies conducted with transgender and gender-nonconforming individuals from the same period that were never published. 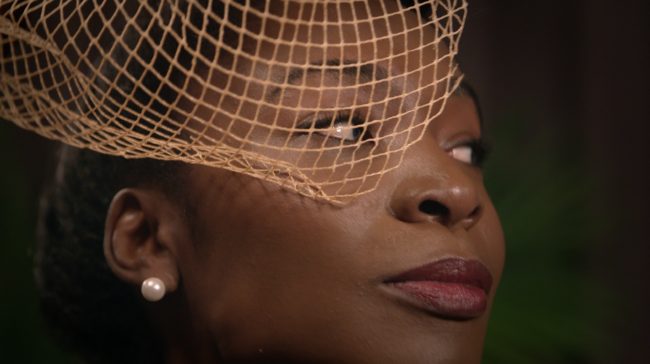 Historian Jules Gill-Peterson appears throughout the film to give the audience context to the historical, political, and cultural references in the documentary. Peterson provides historical insight on the culture of the time through a captivating narrative that is speckled with levity that as well as history. Peterson’s time on screen invites the audience to confront the studies as both ground-breaking in their frank portrayal of real transgender and gender-nonconforming individuals and as research limited by a cultural outlook. Something Peterson tried to combat by encouraging the audience to look inward to understand our meaning of truth, representation, and self-preservation. 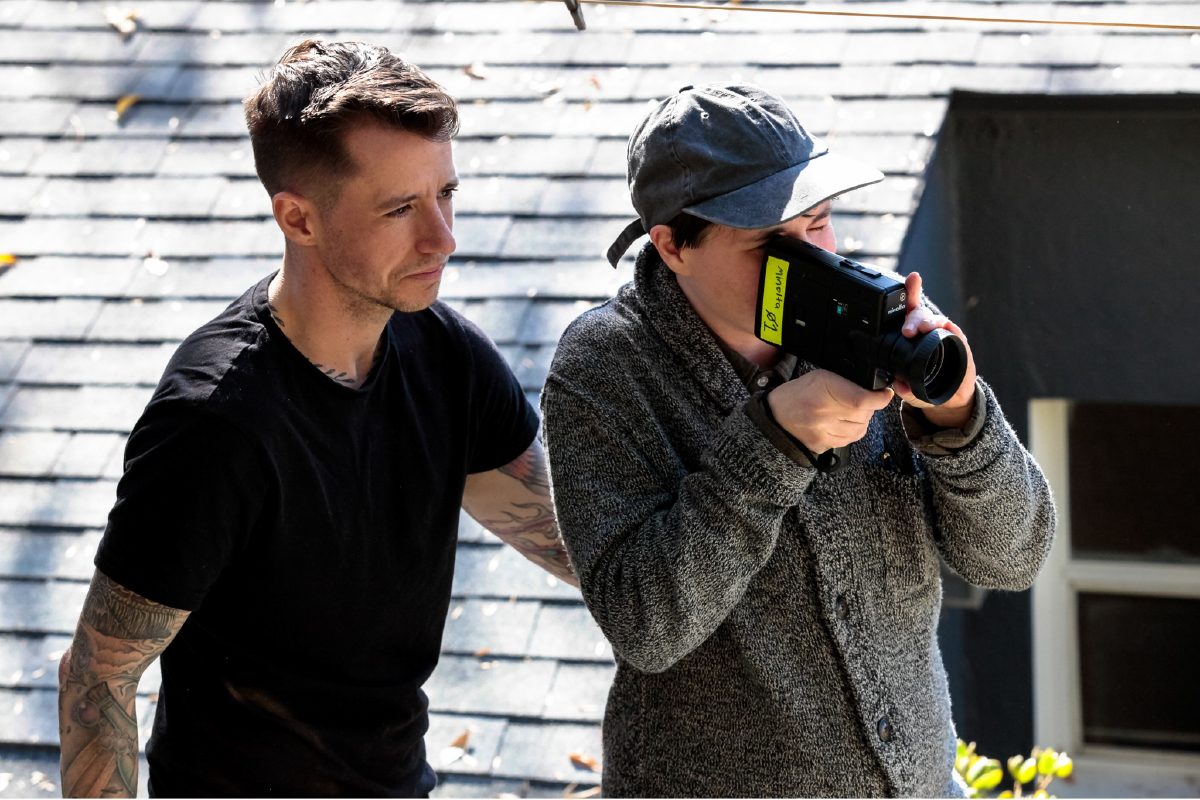 The majority of Framing Agnes was shot before December 2019, but the final pieces were scheduled to be shot as the COVID-19 pandemic hit. Lockdown regulations meant that the films was put on hold like hundred of other pieces that were in production. Joynt and Page utilized the extra time to “go back to the page” and slow down, regroup, and rethink everything that had been done at that point. It was during this brainstorming that Peterson became part of the film’s narrative. She became a voice to help the filmmakers unlock new pathways and played a vital role in reorienting the film’s narrative approach. Unfortunately, the continued lockdown regulations kept production on an indefinite pause which forced the conversation to the Zoom platform. A true collaboration fanatic, Joynt found this difficult. The separation meant he had to make many decisions alone, or later, alongside masked and safely-distanced technicians. Nevertheless, through the unwavering grit and faith of the “Framing Agnes” team, post-production was completed during the COVID lockdown.

Establishing and collaborating with a dazzling interdisciplinary team is a signature of Joynt’s work. While Joynt and Page had never directly worked together, Page attributes their commitment to sharing trans narratives and creating genre-transcending art as contributions to their natural collaboration process. The two then set out to cast “Framing Agnes” with actors who had their own relationship to trans narratives and how they are covered in the media. Each actor has had to work on coming to terms with, understanding, and verbalizing their own life narrative. This experience of walking between private and public lives as writers, actors, and artists helped to give life to individuals who only existed in unpublished case studies. 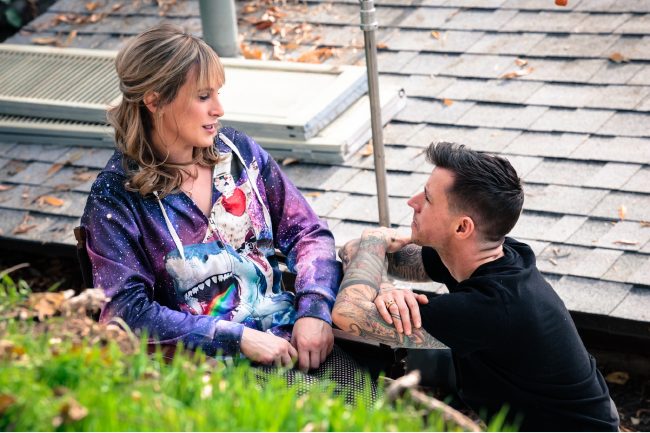 The first step for all involved in the film was to commit to “the process.” This “process” was the filmmakers arduous creation process where all involved needed to holding themselves accountable for their actions and the actions of others. In addition, the team had to be open to experimentation, making mistakes, and a willingness for revision.

Once filming began, Joynt added his signature touch of blending fact and fiction in an incredibly conscious way. In “Framing Agnes” the characters’ story-lines merge with the actor’s memories. The “behind-the-scenes” work moves onto the screen. Joynt explains that he wants to play with “recording technologies as portals to intimacy and alienation.” Throughout the film he uses various cameras, film formats, and colors in order to give a subtle, yet intentional, shift in the emotional weight to different scenes. This weight becomes part of the signaling of tone alongside the physical presentations of race, class, and gender.

“Framing Agnes” invites audience members to sit in the ambiguity of Agnes’s story and embrace the little we know about her life. Here is a character who exists on her own terms, yet offers the audience a chance to see her humanity alongside the humanity of those involved in the making of this film. It is so rare that trans people are represented in the media as whole, dimensional, flawed human beings. “Framing Agnes” offers such a restoration of trans people in cinema. I could not recommend this film enough—for people who have trans experience, or those who don’t, it is worth every minute of your time.