Dev Patel plays an Arthurian Legend on the run from himself. 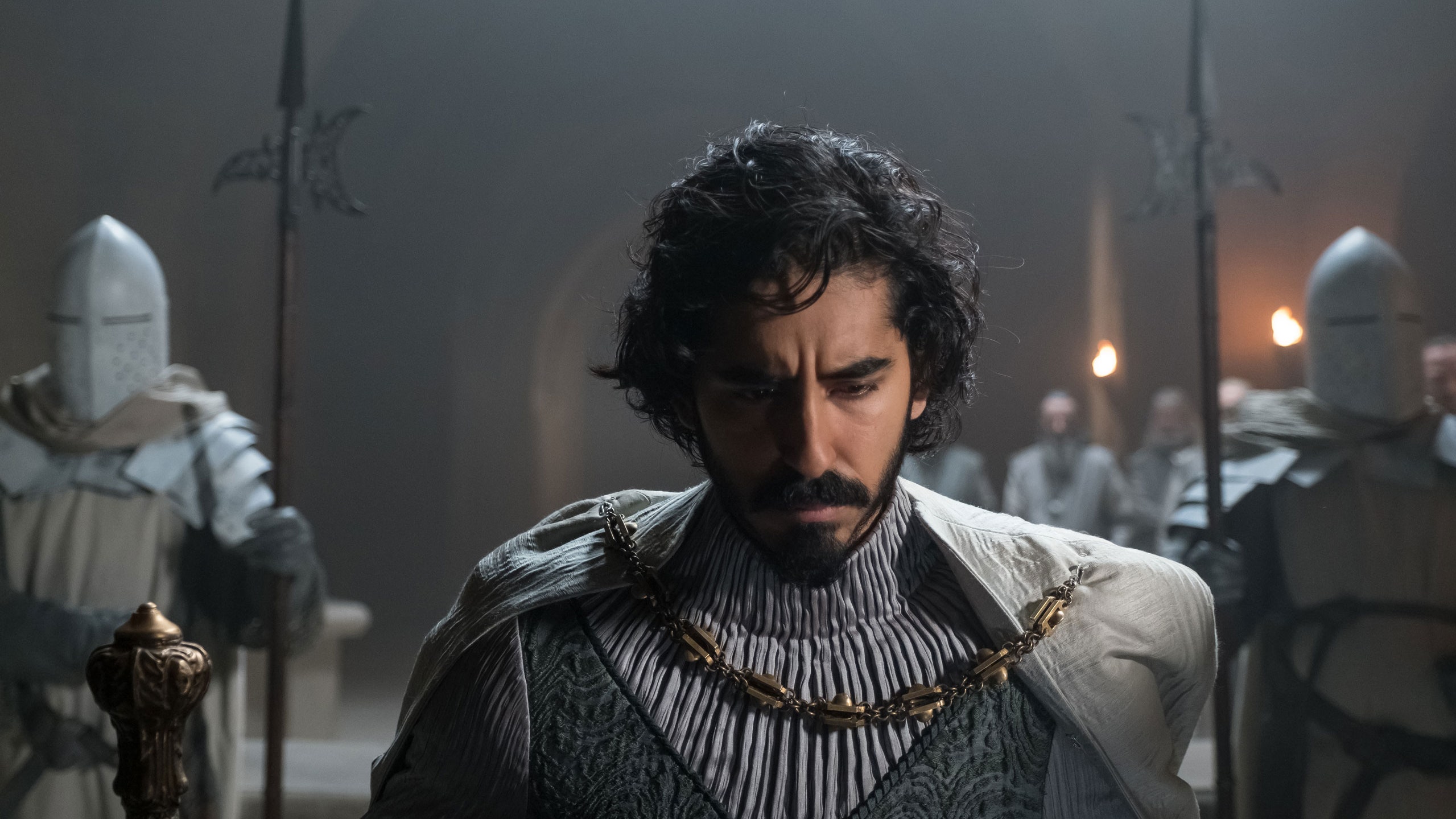 Based on the medieval poem “Sir Gawain and the Green Knight,” Director David Lowery retells the story of Gawain, the youngest knight of the Round Table and the nephew of King Arthur. While the original Gawain is a model for chivalry and bravery, actor Dev Patel’s Gawain is a drunk with commitment issues. He’s also the son of the sorceress Morgan Le Fay — a change Lowery made after Sarita Choudhury’s performance as the character impressed him, inspiring him to give Morgan a more integral role in the tale.

The titular Green Knight takes the role of an antagonist rooted in Paganism and nature worship, invading King Arthur’s Camelot, a civilization built on Christianity. Gawain, who is far from a model Christian, takes up Excalibur in reckless effort to prove himself and decapitates the Green Knight in a single stroke.

It is revealed that Morgan Le Fay summoned the Knight, and is the one who pushes her son to journey to the Green Chapel. Morgan is the orchestrator of Gawain’s tragedy; she forces him out of his comfortable life in Camelot to stand on his own, a dynamic which Lowery said was inspired by his own relationship with his mother.

The film’s first act ends with Gawain receiving a gift from his mother, a green girdle imbued with charms that will prevent any harm from befalling him. Before he leaves, he speaks with Essel, who asks him, “Why is goodness not enough?” Why does Gawain — and every man before him — risk everything when they could just be happy with a simple life? For chivalry? Honor? It’s a question that confronts Gawain at every turn of his journey.

Gawain’s final stop before reaching the Green Chapel is the house of the Lord (Joel Edgerton) and the Lady (Alicia Vikander), who offers him shelter. The Lord offers Gawain anything he hunts in exchange for anything that Gawain receives in his home.

While the Lord is away hunting, the Lady makes advances toward Gawain, kissing him and tempting him not only with herself but the Green Girdle. Gawain succumbs to temptation and takes the Girdle, symbolically ejaculating onto it. As she leaves, the Lady tells him that he is no Knight.

Ashamed, Gawain flees the castle and runs into the Lord, who kisses him. Enraged, Gawain walks off.

In the final act, Gawain reaches the Green Chapel to meet his fate. As Gawain approaches the chapel, we’re treated to a lush hue of green. Everything, from the forest to the creek Gawain traverses, to the moss-covered remains of the chapel where the Green Knight himself resides. This shot of nature calls back to an earlier monologue from the Lady during Gawain’s stay in the castle about the color green:

“Green is what is left when ardor fades, when passion dies, when we die, too. When you go, your footprints will fill with grass. Moss shall cover your tombstone, and as the sun rises, green shall spread over all, in all its shades and hue.”

It is no coincidence that the Green Knight, and the color green itself, represent the end of Gawain’s journey. Gawain, who aspires to embody the man-made virtues of chivalry and knighthood, has spent his entire journey in a struggle against nature — the nature of man to take and indulge, rather than the self-imposed standard of giving, serving, and showing restraint from temptations. The Green Girdle is a tool born out of desperation. Gawain uses it to hold onto life rather than die for his honor.

When Gawain submits to the Green Knight, he flinches before the axe is brought on his head. The second time, he thinks about running away, before realizing what that would come: he would live and go on to become king, but become reviled, abandoned to fate by his family.

Gawain, choosing restraint over want, chivalry over nature, removes the girdle from his waist. The film ends as the Green Knight smiles at Gawain, before telling him: “Now, off with your head.”