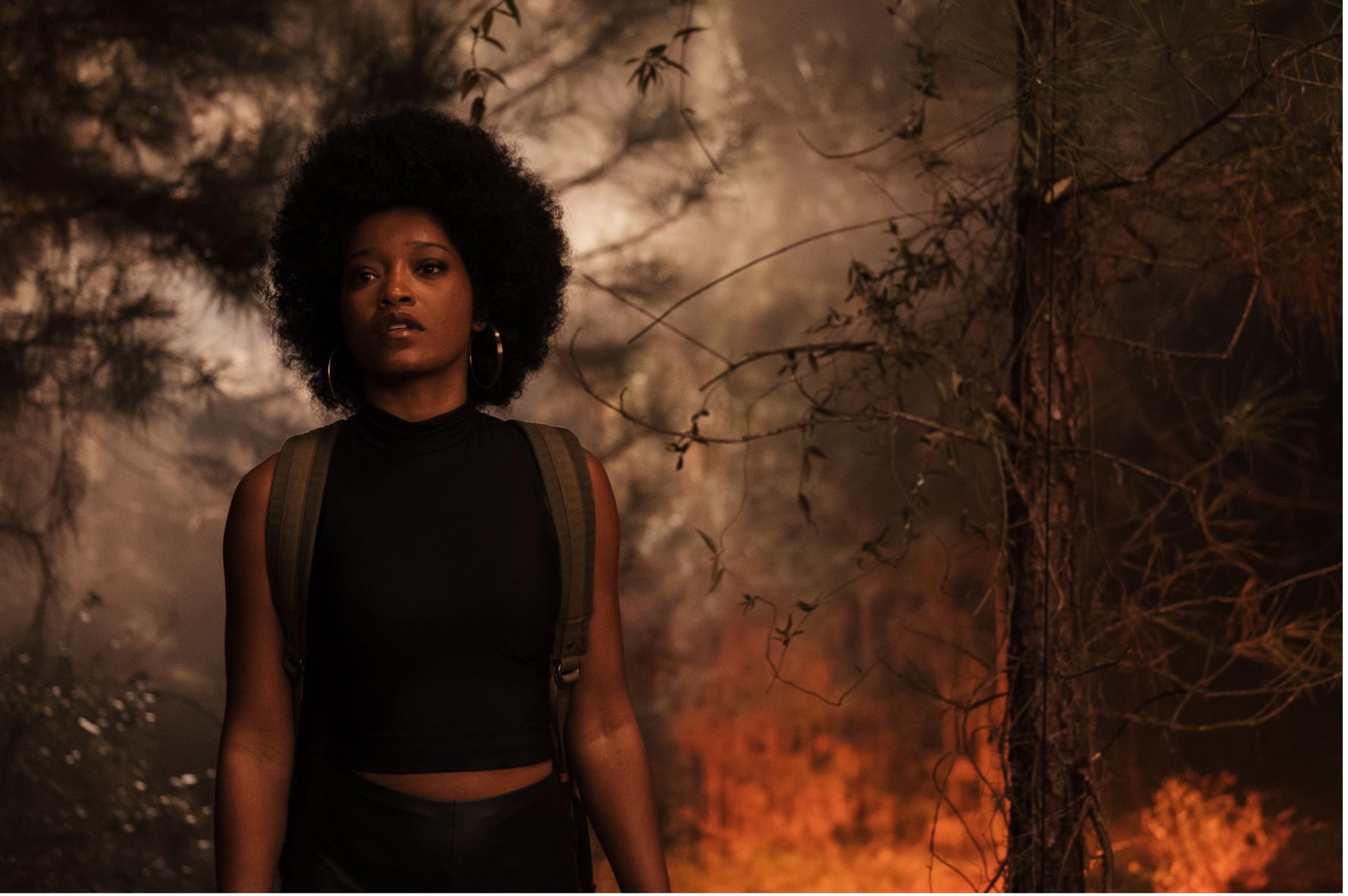 Inspired by actual events, Krystin Ver Linden premiered her directorial debut, “Alice,” at the 2022 Sundance Film Festival. The film focuses on the stories of Black Americans held in servitude over 100 years after the abolition of slavery. Unfortunately, Ver Linden’s mixing of a period drama of a Southern plantation with a 1970s Blaxploitation film that has a distinctly different storyline, falls short of the stars and relies on well-worn tactics to share its otherwise unique message. 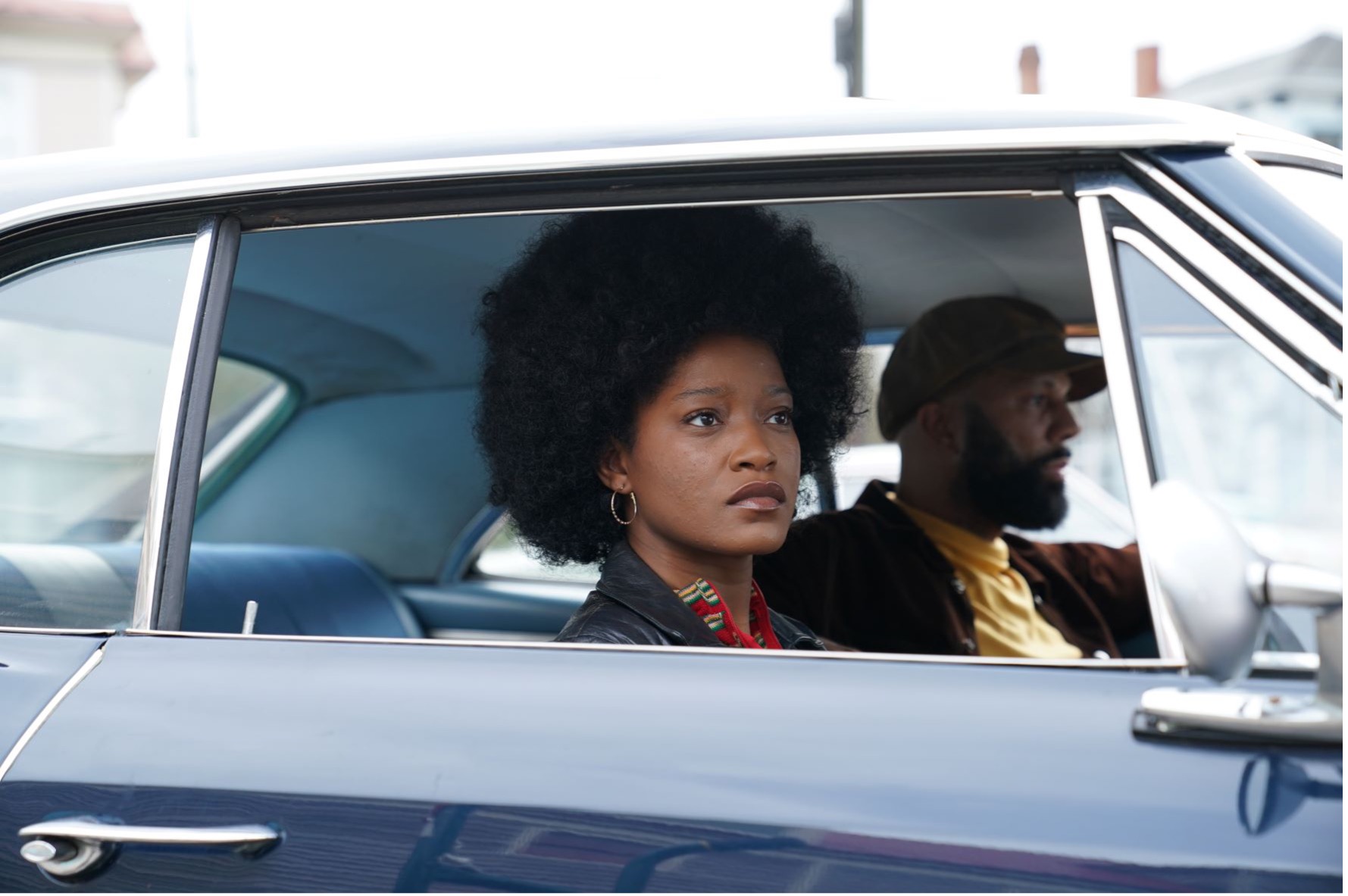 The film opens on a Georgia plantation owned by Paul Bennet (Jonny Lee Miller) during what appears to be the 1800s. The audience is introduced to Alice (Keke Palmer), Bennett’s enslaved “domestic,” her future husband Joseph (Gaius Charles), and his family. The audience watches as Alice and her family face the excessive abuse common to slaves on Southern plantations. One day, Alice tries to escape through the dense woods surrounding the plantation and emerges on the side of a highway with cars and motorcycles roaring past her. Alice, clearly terrified and covered in blood, faints in front of an oncoming truck. When Alice wakes, she’s in the truck’s passenger seat next to Frank (Common), the truck’s driver.

The film then proceeds to follow Alice through a 1970s landscape where she learns about the Emancipation Proclamation, the Civil Rights Movement, the Black Panthers, music, television, and telephones.

Palmer saw “Alice” as an invaluable project: it deviates from the typical postbellum narrative that emphasize the guilt and sorrow of a nation alongside the brutalization of enslaved people and looks at the tragedy through a different lens: the survivor. This change in perspective creates an inspirational, informative, and genuine narrative. Ver Linden explains that the depiction of the plantation in “Alice” needed the intentional use of desaturation to instill a grim, ominous, and lonely feeling. This is to contrast the glorified portrayals of plantations in early cinema as lush, idyllic landscapes with a vibrant color palette. Although only the first act of “Alice” takes place on the plantation, the audience has to work through that uncomfortable 30 minutes before Alice’s escape. 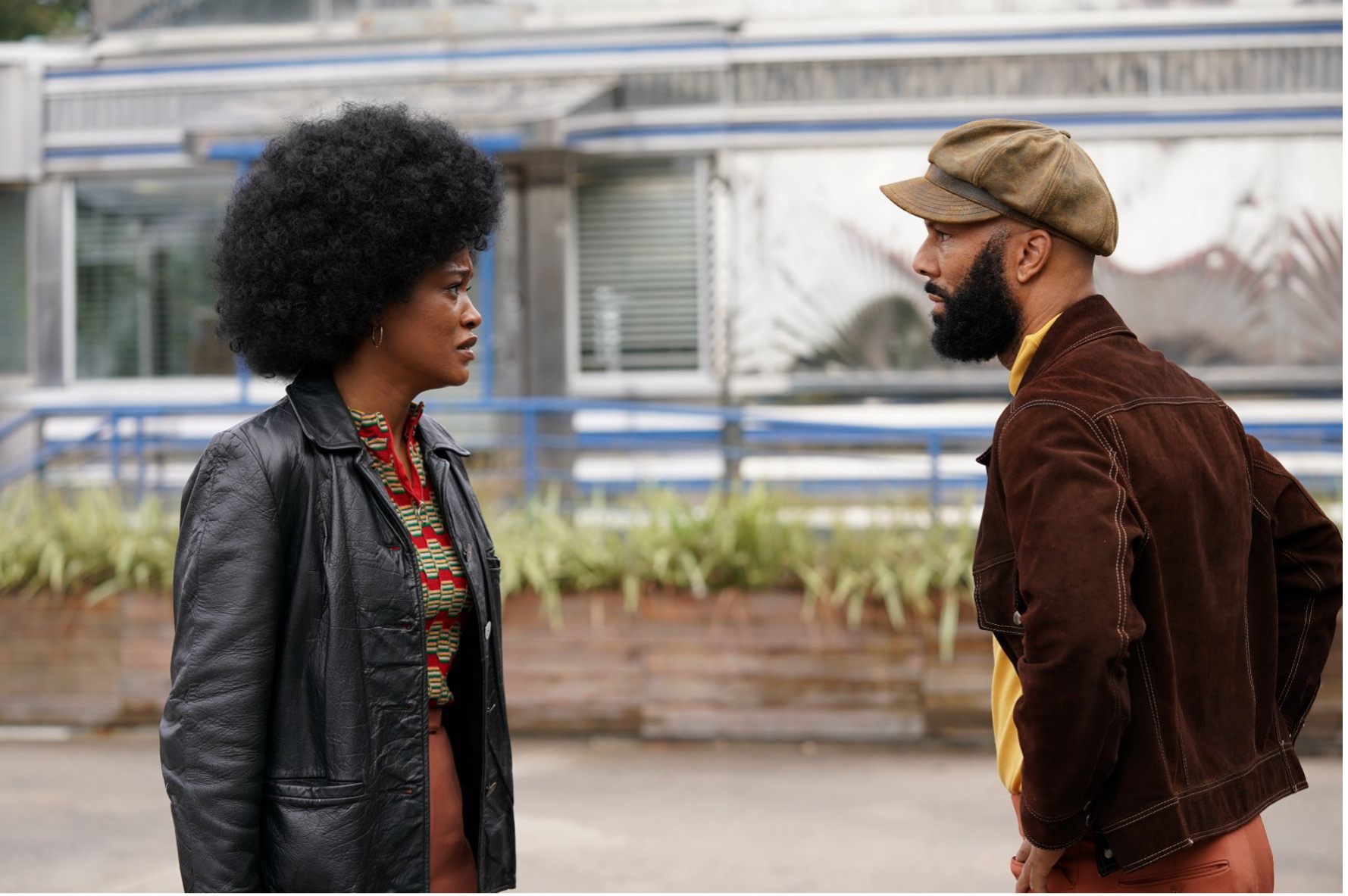 Palmer and Common deliver outstanding performances and share a chemistry that is a testament to the excellent command of their craft, but as the final hour of the film races by, Alice and Frank have little time for character development. The film ultimately relies on the actor’s chemistry and a superficial connection between the two characters to sway the audience. Similarly, Alice isn’t given enough time to adjust to and settle into the bustle of the modern era, something this reviewer found as one of the film’s most compelling themes. Instead, we see an ambitious and loyal character who never achieves her full potential.

Despite its best efforts, “Alice” relies on an on-screen brutality that doesn’t advance the plot as it does in most trauma-heavy narratives. What “Alice” manages to teach the audience is that regardless of how distant slavery may feel, it is still far more relevant than we may want to acknowledge and doesn’t require traveling, backward or forward in time, It still influences the unique brand of American racism that continues to inflict violence and death onto Black people. As Palmer states, the film creates activism by revealing another hue of Black American history. This story reminds Alice of her agency as the world is swept off its feet by her brilliance and demonstrates the ability for one person to inspire revolution, start a dialogue, and motivate others to act in a world that otherwise feels indifferent to change.