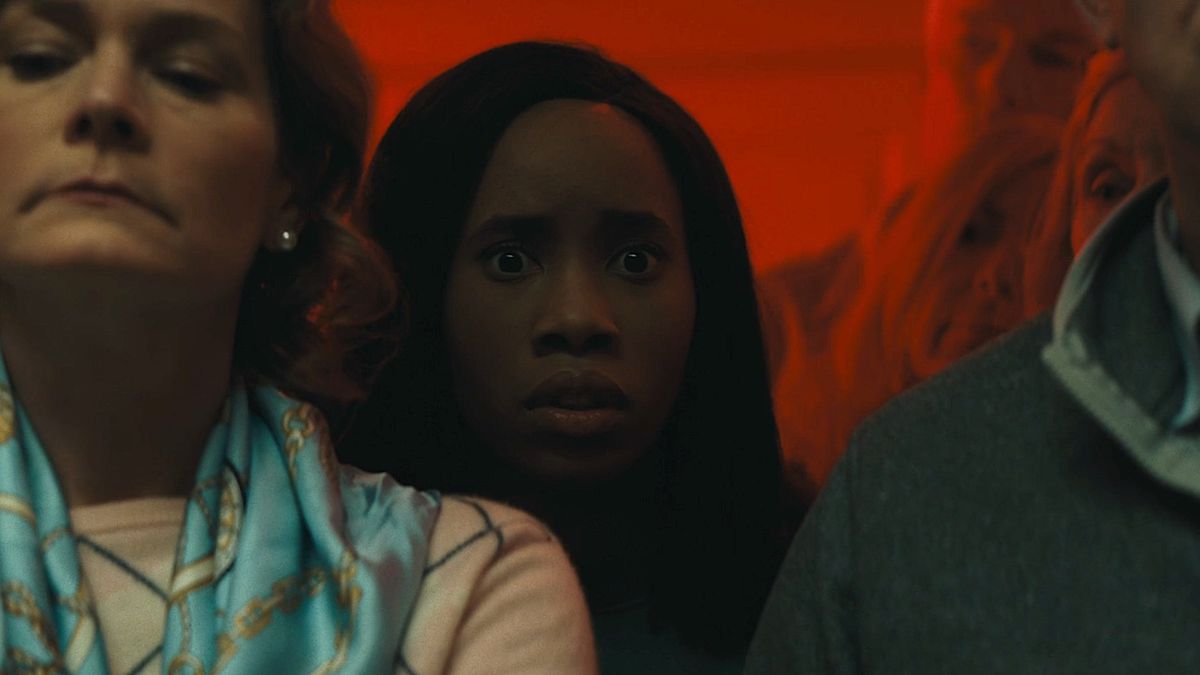 This is the idea behind creative masterpieces such as Jordan Peele’s “Get Out” and Bernard Rose’s “Candyman” (which later inspired Nia Dacosta’s 2021 spiritual remake). These films explore Black trauma through a generational lens, often coming to the same conclusion: nothing has changed.

Whether it’s police violence or malicious tokenism from white liberals, the Black characters of these films face a very real horror: hopelessness. This motif manifests itself as a villain to give the audience something tangible to fear, but the greatest threat that lurks both on and off the screen is far deeper than say, a vengeful ghost or a family of murderers.

The film captures the unsettling nature the protagonists face as people of color in a mostly white institution. Their peers are unhelpful and apathetic towards them, particularly to Jasmine, who ends up on the receiving end of multiple microaggressions. She faces the dilemma of whether she should conform or confront. Ultimately, she conforms.

Diallo examines the desperate lengths Black women often must take in order to survive and get ahead in an environment fueled by white supremacy. This is especially relevant to Jasmine. She distances herself from her Blackness and the concept of race altogether, shown in both subtle and more apparent ways. She, for example, straightens her hair and rebuffs Liv’s attempts to connect with her through race, insisting they have nothing in common.

Gail, meanwhile, represents the Strong Black Woman archetype. She’s brought in by the white faculty to solve their racism-related issues for them. She faces an opposite predicament to Jasmine and Liv: she isn’t being pushed out, she’s being pulled in. The tokenization of Gail is shown through the overeagerness she is met with from her white peers, which conflicts with how unwelcoming the school is to her overall. Her house is overrun by maggots and she begins to uncover racist artifacts from the school’s past.

The film’s themes alternate between being subtle and more in-your-face. One theme that is more pronounced for the audience is the blurred line between employment and servitude. Gail’s residence is haunted by the spirit of a Maid. Most of the college’s Black employees are part of the kitchen staff, which connects back to the film’s central message: in academia, nothing has changed. It is still a predominantly white institution that places Black people and people of color at the bottom of its hierarchy.

The supernatural horror element of “Master” is left ambiguous as to whether or not it’s real. Jasmine is revealed to sleepwalk early in the film. The nightmares and visions she experiences are left dubious as to whether they’re the work of a sinister Witch haunting the campus (who serves as the film’s tangible villain) or as a result of Jasmine’s own declining mental health as she becomes the target of multiple hate crimes.

The ending doesn’t help with the film’s ambiguity, contributing to the hopeless situation of Gail, Jasmine, and Liv. The themes of identity, representation, and tokenization are explored, but the film fails to say — or do — anything new outside of its academic setting.