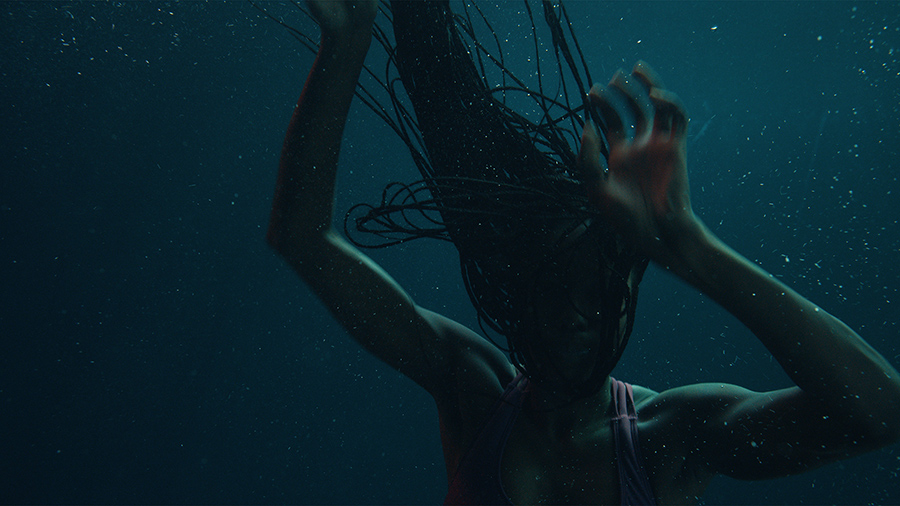 Leave it to the Covid-19 pandemic to throw a wrench into the plans for the 2022 Sundance Film Festival. When the Omicron variant took the world by storm, Sundance circled the wagons and moved the festival online for the second year in a row. Adaptation to our new “normal” is how everyone rolls in our pandemic times and Sundance is no exception.

Fortunately, there was plenty of exceptional cinematic offerings to appease the angry film-festival gods and anxious, home-bound festival-goers alike. If you craved an indie-film life raft as respite from being adrift in the complacent, multiplex sea gorged on Marvel products and other mainstream fare, Sundance 2022 had your back. 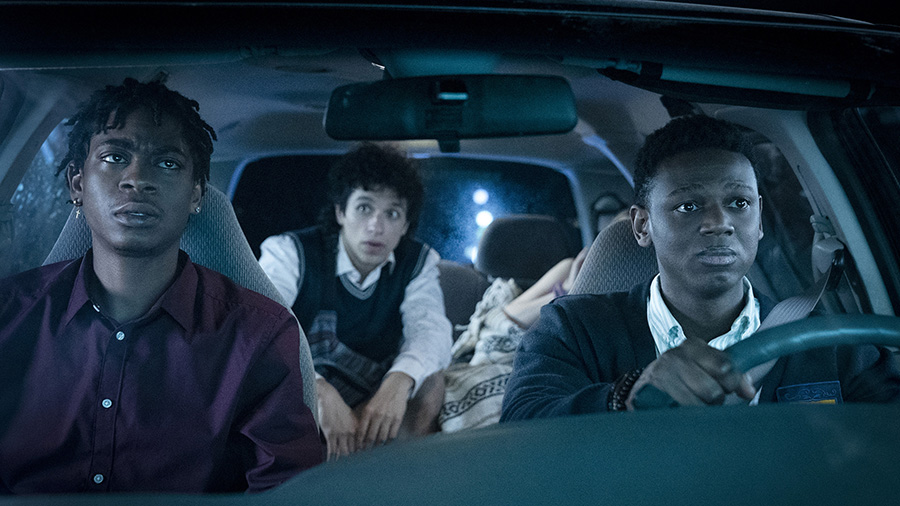 The award-winners hardly offered comfort food. Rather this year’s crop of award-winning indies like film director Carey Williams’s smart and very funny comedy “Emergency” took audiences on a wild ride following three college students of color on a quest to deliver a dangerously intoxicated, underaged young white woman to safety. The catch is Williams and screenwriter K.D. Davila up the ante by allowing the audience to ride shotgun with the film’s likeable ensemble, Sean (RJ Cyler), Kunle (Donald Elise Watkins), and Carlos (Sebastian Chacon). The trio of friends’ misadventures take comedic dramatic twists and turns as the young college students try to find a way to do the right thing.

However, the characters’ nighttime journey to the end of the night is filled with pot holes and booby traps as the specter of systemic racism rears its ugly head. At every turn, the youthful heroes at the heart of “Emergency” encounter noisy, paranoid suburban couples and obnoxious frat boys to the all-too-real dread of trigger-happy police who are prone to shot first and ask questions later when they see Black and Brown folks.

“Emergency” won the festival’s Waldo Salt Screenwriting Award for good reason. The filmmakers’ satirical strategy crouches real fears in the Trojan Horse of a college comedy and the subterfuge pays off gangbusters. As the film’s super power, Davila’s whiplash smart and frequently hilarious screenplay doesn’t pull any punches, yet the comic tone never gets overwhelmed by the film’s subtext of what it means to be Black and Brown in America. As an artist and filmmaker of color, I found it refreshing to see African-American characters who want to simultaneously enjoy themselves and lead meaningful lives. Of course, they must achieve their aims while balancing the tricky juggling act of navigating the often-toxic minefield of racial stereotypes and other people’s prejudices painting moving targets on their backs. Davila’s sly and intelligent script gives a buoyant, comic rush to “Emergency” while drawing us deeper in the characters’ shared plight. The filmmakers deliver the final act’s dramatic sucker punch with heartfelt poignancy. Think of the film’s protagonists as the younger progeny of Spike Lee’s classic 1989 film, “Do the Right Thing” with their fingers on the pulse of the Facebook and Instagram generation. 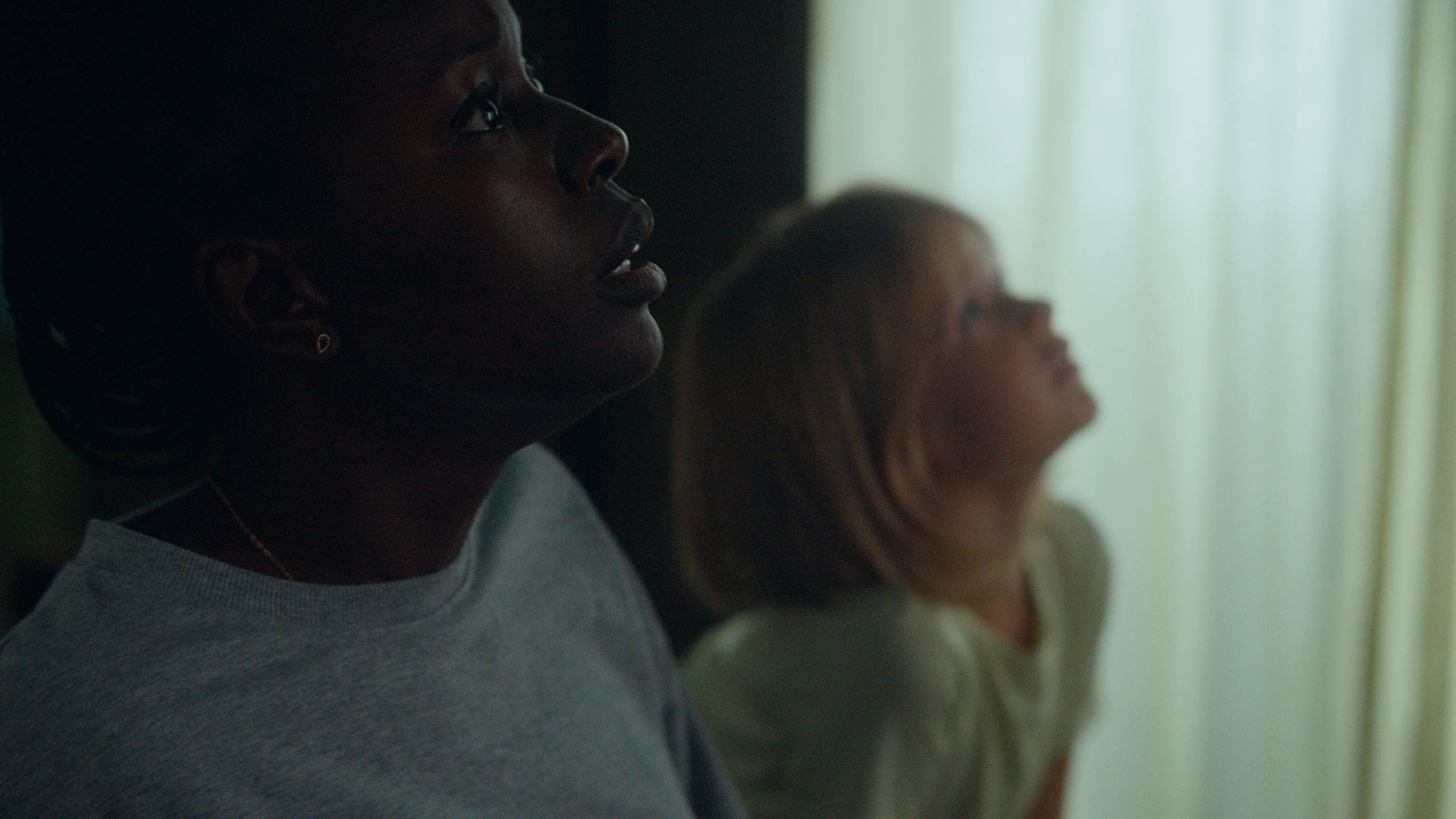 In sharp contrast, writer-director Nikyatu Jusu’s somber feature film directorial debut “Nanny” offers a much darker and spiritually ambiguous film on the Black immigrant experience. Winner of the festival’s U.S. Grand Jury Prize for Dramatic Film, Jusu’s beautifully photographed film is spiked with thorny tropes of metaphysical horror. In her video introduction, the writer-director of “Nanny” describes her subtle and atmospheric horror film as a personal work and a “love letter” to immigrant mothers. This cinematic love letter, however, is written in blood with lipstick traces of regret and loss. Like the film’s title suggests, twenty-something African immigrant, Aisha (portrayed to moody perfection by Anna Diop) tries to make ends meet working as a nanny caring for the young daughter of an upper-middle class, white couple. But the couple’s polished exterior cracks with micro aggressions and other challenges, tittering on collapse. Navigating this elegant and bourgeois mind-trap, Aisha counts the days before she can send for her young son and cousin to join her in America.

The viewer slips into the creepy embrace of Jusu’s melancholic and haunting tale of ghosts and shapeshifters from the African diaspora finding a foothold in the New World through her marvelous collaboration with cinematographer Rina Yang and production designer Jonathan Guggenheim. Every shot radiates a vibrant, deeply saturated color palette. Likewise, Yang’s camerawork accentuates the Black characters’ skin tones with a deep ebony texture against the vibrant shades of red and orange in Guggenheim’s art direction.

Expanding upon the theme of Black experience filtered through a horror aesthetic, Jusu’s intimate character study takes an unexpected turn into the atmospheric netherworld of the supernatural.  “Nanny” is a slow burn and the flip side of the pop savvy groove and nerve-shredding intensity of writer-director Jordan Peele’s horror films. The best moments in Jusu’s film unfold when the narrative evokes the realm of African folklore visualized against the backdrop of the film’s New York locations. 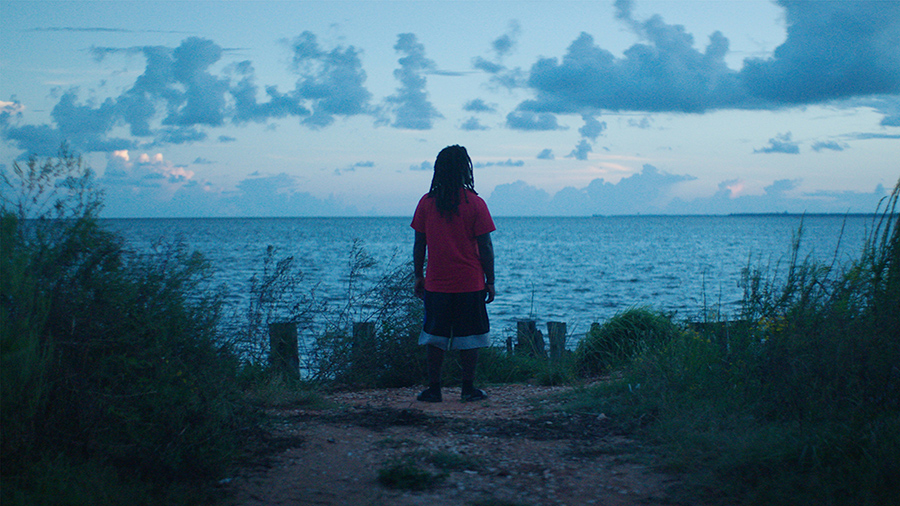 Sundance is proactive in celebrating a rainbow coalition of people, real and fictional, with a special emphasis on reaffirming that Black lives matter. Such is the case with director-producer Margaret Brown’s documentary “Descendent,” the winner of the festival’s U.S. Documentary Special Jury Award for “Creative Vision.” Brown’s impressionistic and poetic documentary film takes us into the homes and lives of the living descendants of the Clotilda, the last known slave ship transporting Africans to the United States. Once the Clotilda and its secret cargo of enslaved Africans arrived on the coast of Alabama, the captain and his crew burned and sank the ship to cover their tracks.

“People want to forget more than remember the slave trade,” says marine archaeologist Kaman Sadki of the Smithsonian Institute in the film. “Descendent” works hard to keep its subjects’ thoughts and observations about their ancestry alive and connected to the present.

Cinematographers Justin Zweifach and Zac Manuel’s lyrical camerawork is juxtaposed with brief excerpts from the late African-American writer Zora Neale Hurston’s posthumously published 2018 book “Barracoon: The Story of the Last ‘Black Cargo’” which is based on her 1927 interview with Cudjoe Lewis. Lewis was the last survivor of slavery and his words work well with the contemporary scenes of community members following the search for the ruins of the sunken Clotilda.

Reflecting upon director Daniel Roher’s documentary “Navalny,” one cannot help thinking about the Russia’s unprovoked war against its neighbor Ukraine. Winner of Sundance’s U.S. Documentary and Festival Favorite Awards, “Navalny” chronicles the life of Russian opposition leader and lawyer Alexi Navalny who remains a thorn in Russian President Vladimir Putin’s side. Navalny’s name made international headlines when he survived being poisoned by the nerve agent Novichok in a failed assassination attempt. The film follows Navalny’s efforts as the outspoken and articulate critic of Putin’s regime continues to speak his mind despite the clear and present dangers. Roher’s documentary moves with the pace of a frequently nail-biting, espionage thriller. The only difference is the protagonist’s plight is real and the documentary’s life-and-death stakes impact numerous lives. 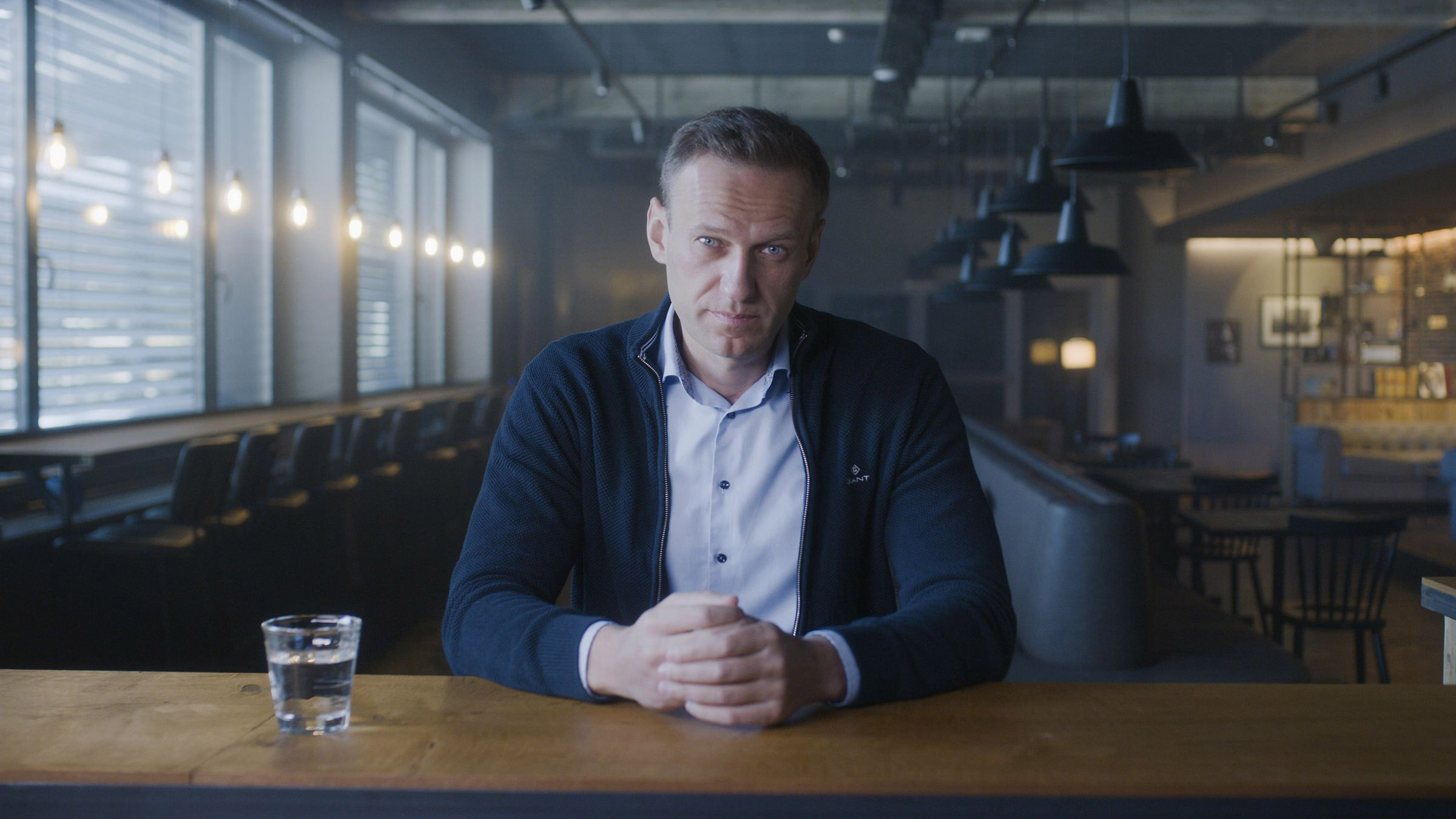 Alexei Nalvaney in a shot from Daniel Roher’s “Navalny”, the winner of the 2022 Sundance Winner of Sundance’s U.S. Documentary and Festival Favorite Awards. Courtesy of Sundance Institute.

The film’s most memorable sequence is a series of phone calls that Navalny makes to his would-be assassins to see if one of the hired killers will spill the beans on how and why he was poisoned under Putin’s orders. Roher’s film connects the dots of a complicated narrative with Langdon Page and Maya Daisy Hawke’s clear editing and cinematographer Niki Waltl’s nimble, fly-on-the-wall camerawork. As the world keeps its collective eyes and ears toward the growing Russian threat in Europe, “Navalny” poses an unspoken plea for anyone who loves democracy to make their voices heard. Walking the tightrope of cinema-vérité footage and formal interviews, “Navalny” is part portrait of a political activist and part call to arms for anti-authoritarians everywhere.

The stories of these award-winning films arrive at the perfect moment when would-be, right-wing censors and their enablers seek to white-wash and erase any evidence of slavery and racism from American history. Meanwhile, a Russian dictator unleashes the dogs of war with the invasion of Ukraine while a failed, twice impeached American president praises Putin’s reckless actions as “genius.” Democracy is indeed on a precipice.

“Emergency,” “Nanny,” “Descendent,” and “Navalny” share an uncompromising refusal to turn away from the hard and uncomfortable truths of our difficult times. Let’s hope these brave films find audiences beyond the film-festival circuit. Like other art-forms, movies with something to say must be willing to contribute to our cultural dialogue on the major issues of our pandemic times.