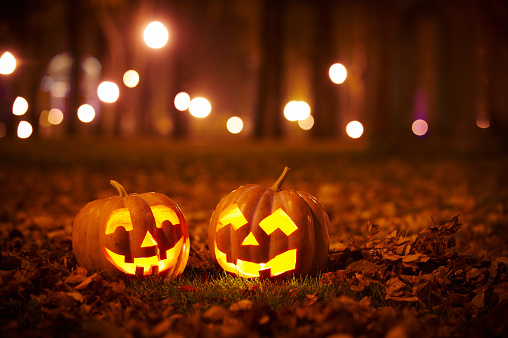 Do “Saw” or “The Haunt” make it on to your list of Halloween favorites? See what writers at The Independent are watching!

This is the best Halloween movie of all time. It’s the second in the Evil Dead series, but it can be watched as a stand alone. This movie combines horror and comedy perfectly. It’s perfect for being creeped out, but also laughing so hard your side hurts.

For people who don’t like scary movies (me), turn on this movie when you’re ready to curl up on the couch in a cozy sweater and light a pumpkin spice candle. Dead Poets Society is a quintessential fall movie set at a historic New England boarding school. With masterful performances by Robin Williams, Ethan Hawke, Robert Sean Leonard, and Kurtwood Smith, this movie is not only beautifully shot, but deeply moving.

“Saw” is one of those movies that gets overlooked by its crappy sequels. However, the original film is extremely unique, fitted with a killer plot twist and a great cast. This movie really stands out as a film that started with nothing, as Leigh Whannel and James Wan struggled to get their film produced. Today, “Saw” is one of the most popular horror franchises, with both Wan and Whannel still making movies today.

“The Haunt” follows a group of friends who enter a haunted house on Halloween night and slowly realize they aren’t supposed to ever leave. The movie has strong sound editing and is able to build and release tension so effectively, you’ll be swept through a roller coaster of horror. While the writing can be a little cheesy and there are some definite plot issues, “The Haunt” is a scary Halloween movie to add to your repertoire. (Trigger warning: Domestic violence)

Made with a measly $250,000 budget, V/H/S is an anthology film made up of various horror shorts. Each short— directed by a different filmmaker— is a horror delight with various angles and topics that will no doubt shake you to your core this Halloween. Some shorts include vampires, invisible slashers, and alien invasions. 10 years later, many of these shorts’ directors have moved on to enjoy blockbuster or critical success, including Adam Wingard (“Godzilla vs. Kong”), Ti West (“Pearl,” “X”) and David Bruckner (“The Night House”).

“A Ghost Story” is a slow, melancholy tale about loss, time, and love. After an accident leaves a man dead, his ghost (clad in a white sheet) returns home to haunt the house he once shared with his wife. As the years pass, and people move in and out of the home, the ghost still remains, unable to move on to whatever afterworld exists. It’s a beautifully shot movie that is more touching than scary, and will leave its viewers wondering about the significance one life can have on the universe.