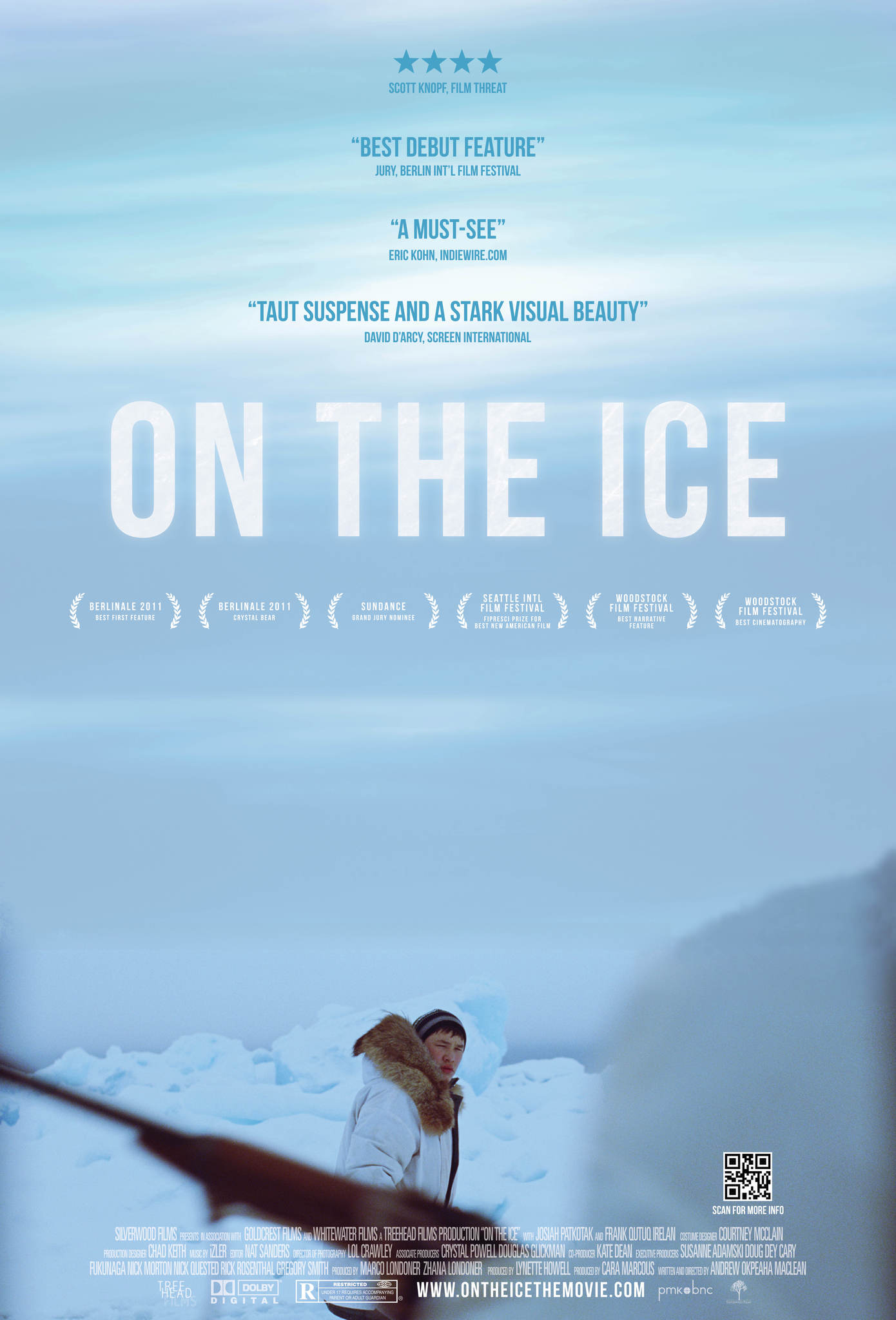 In middle school, I walked out of a film at the 2011 Sundance festival. My stepmother and I went to see On the Ice (2011), a film by Andrew Okpeaha MacLean that focuses on teenagers living in Barrow, Alaska (later renamed Utqiagvik in 2016). She invited me along because I lived in Alaska for most of the year, admittedly a bit further south than where the story takes place. Both of us entered the festival eager to see if On the Ice represented life in the “last frontier.” However, after about thirty minutes, the movie took a dark and violent turn. Freaked out, I excused myself and waited outside while the film continued. The violence hit me hard because it felt real and all too possible. It could happen to people I knew, to people my age. But even though I walked out that day, I kept thinking about the movie.

After eleven years, I decided to revisit On the Ice and reexamine the film that had disturbed me so much, and I found it worth the watch; enjoyable, even. Filmed and set in Barrow—with the cast nearly entirely composed of Barrow residents—the production alone counts as an impressive feat. Gorgeous shots of the frozen Alaskan north intermix with a story of a community trying to come to terms with and discover the truth behind a tragedy. The visuals and narrative fit together, and each helps to weave the cold and harsh narrative found in On the Ice.

The scene that left me so unnerved back in 2011 works as the film’s defining moment. The rest of the story revolves around the accident that happens during the first act. Viewers follow Qalli (Josiah Patkotak), the main protagonist, as he sets out after his friends to go seal hunting on the northern tundra ice. Qalli drives his snowmachine onto the wintry landscape, with nothing but ice around him. The brutally beautiful Alaskan landscape spreads out in every direction, a never-ending expanse of white and cold. As the characters repeatedly mention throughout the story, any mistakes or rash actions can result in injury or death on the striking, lonely, and dangerous tundra. This view and prior warnings establish the groundwork for the following scenes and the rest of the film. The situation quickly turns serious when Qalli comes across his friends Aivaaq (Frank Qutuq Irelan) and James (John Miller) fighting. Qalli attempts to break them up and manages to grab a knife away from one of the other boys, but he accidentally slices James’s throat after James tackles him. Devastated and scared, Qalli and Aivaaq tie James to his snowmachine and push it into the icy water, and decide to tell the town that James died in a mishap.

The fight and dramatic death drove me out of Sundance in 2011 and rewatching while older, I could see why. Because this moment uses a shaky handheld camera, the fight places viewers directly in the middle of the action. MacLean plunges viewers into the action, placing them in the middle of the action making them feel as if they’re watching their friends attack each other. The shaky camera heightens anxiety and uncertainty, and with all three boys wearing nearly identical outfits during the fight scene, there’s a whirlwind of motion and confusion. What initially drove me to step out of the theater years ago kept my interest and drew me in as an adult while watching in 2022.

The score also contributed to the moment’s anxiety and kept me invested. The quick and repetitive tempo mixed with the drums mimics a heartbeat, creating intensity and emotion that echoes what each character feels during the altercation. The fight moves quickly until Qalli realizes that James’s motionless body lies on the snow. The noise fades out, and a much slower, ringing tempo emerges. The sound becomes menacing and reflects the horror Qalli and Aivaaq exhibit when both realize the snow around James turned red with blood.

Ultimately, I’m grateful I took the time to revisit this story. In 2011, I didn’t like the idea that everything could go horrifically wrong or that teenagers could commit violence intentionally. Though it may be challenging to accept, violence can happen anywhere and secrets can tear anyone apart. On the Ice captures how harsh living at the top of the world can be and how secrets eat away at the soul, but it also tells a story about a community and friendship, and how people will do anything to protect those they care about.