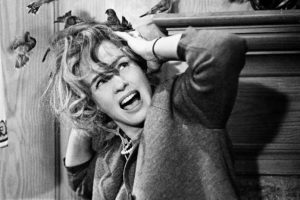 “There Were No Laws Against It Then”

As the world opened up to women’s liberation, civil rights, and new social movements, Hollywood of the 1960s doubled down on the exploitative practices that had made the industry so harmful to women. In this sixth series installment, Kerry McElroy argues that the sexual revolution stirring the larger culture, epitomized in the rise of Hugh Hefner, fanned the flames of an already misogynist, violent industry culture.  As seen through the lives of Tippi Hedren and Marilyn Monroe, this article shows that the commodification of women only increased, even as the old studio system was dying. Few stars experienced the exception; read on about a compelling example: Elizabeth Taylor.