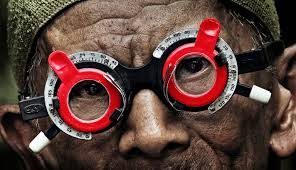 Joshua Oppenheimer’s latest film, The Look of Silence, is a companion piece to the critically acclaimed, and hotly debated, The Act of Killing. The Independent‘s staff writer Dana Knight spoke with Oppenheimer at SXSW, where he commented on how Americans misinterpret cinéma vérité. “It’s actually precisely because of the camera not despite it…that certain things are happening,” he said.