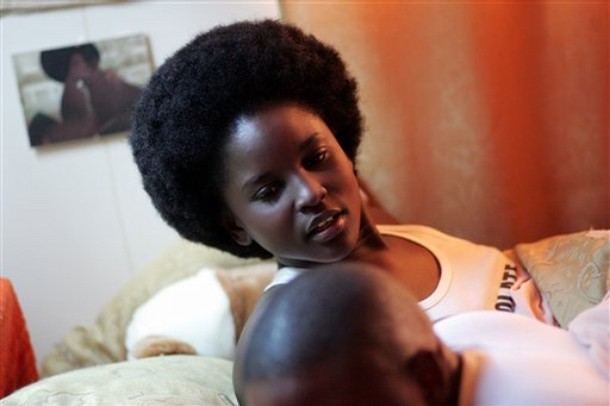 A still from Dennis Dorch's "A Good Day To Be Black & Sexy," which screened at the Austin Film Festival this month.

Long before filmmakers begin production, they face the daunting task of scraping together enough money to get their film off the ground. Choosing the right method of funding relies on many factors, including the type and subject of the film, and the experience behind the cast and crew involved in the project.

Funding can come in many forms, from national grants to family and friends. The Independent takes a look at three filmmakers and how they got the funding they needed to get their projects off the page and onto the screen.

TJ Volgare was a graduate film student at University of Southern California when he finished the script for his short film, The Abattoir, about a young man who is forced to confront the violence of his past when he returns home after being expelled from the Marines.

He had made short films before, which he had self-funded, but The Abattoir was a much larger project, so he began his search for funding through grant research. But, after sorting through more than 200 grants, he found The Abattoir, being a short, student film, wasn’t eligible for a vast majority of the grants available to filmmakers.

In the meantime, Volgare had applied for several awards, including the Jeff Jones Award that he won through the USC scholarship committee for his script, which granted him $6,000, and the Panavision New Filmmaker Award, which gave him a reduced rate on a Panavision camera.

The next step in the funding of The Abattoir came in the form of two private investors. The first came from Crystal Springs Productions in L.A., who they connected with through a close friend. “They read the script and thought the themes were timely and important,” Volgare said. “And they saw it as a good foundation for some feature films to come.”

The other investor came from a client of one of the film’s collaborators, who was interested in making a donation. In exchange, they brought him on set and involved him in every aspect of the film. “He just saw us as a bunch of young, purpose-driven artists trying to tell a story,” he said.

Combined with some donations from friends and family and $2,000 taken from part of a student loan, they had the foundation of their funding secured and Volgare and his crew began to develop their idea further, planning out how the film was going to play out visually, and creating a statement on why they wanted to make the film. They combined that with the crew bios and a list of projects they had planned for the future, which helped them sell their idea to vendors, like Fuji Film, that gave them discounts on equipment.

He said the effort they put into packaging the idea and using the film as a foundation for their greater aspirations is what convinced vendors to invest in, not only the film, but the talents and ambitions of the filmmakers. “As a student, most vendors will give you a good rate,” Volgare said. “It’s important to ask… Especially if you’re doing something experimental because the people providing you with the product can benefit from these experiments. Plus, there are advantages to developing relationships with filmmakers early on, which is what these vendors tried to do… but, most of theses vendors just want to see the students succeed.”

Utilizing his past experiences in stretching a budget, Volgare was able to go a long way with his limited budget. “I knew in what ways I didn’t need to be excessive,” he said.

In all, it took Volgare and his crew 10 months to raise the funds needed to make The Abattoir and, though he admits it was a lot of work, it is something he strongly recommends to filmmakers in his position, especially student filmmakers. “It’s a good skill to learn early on,” he said. “It’s good practice for what you’re going to be doing as a feature filmmaker. And maybe it will offer us some credit as artists and managers of resources.”

Dennis Dorch graduated from Loyola Marymount in 1996 with a series of short films under his belt. Ten years later, he was ready to take the next step into feature filmmaking with his script for A Good Day To Be Black & Sexy, a film that takes a look at love and sexuality among blacks in Los Angeles through a series of six interconnected vignettes. “I wanted to jump start my career,” he said. “No one takes you seriously until you make a feature.”

With the completed script in hand, Dorch attempted to raise money for the film through grant research and shopping around the script to different investors. After two weeks, he gave up, finding it difficult to get people to invest in such an out-of-the-box film with only a script to pitch with. “I couldn’t raise money because it was my first feature, and I couldn’t make a film because I didn’t have the money,” he said. “It’s the chicken before the egg thing.”

So, Dorch took a leap. He withdrew more than $65,000 in equity out of his house and started production on his first feature film. “People laughed at me,” he said. “Told me I was crazy.”

But, as it turned out, Dorch didn’t have to carry the whole weight of the funding on his own. During one of the screenings, a couple took an interest in the film, investing $10,000 towards the post-production and legal costs. “The wife saw it at Sundance and her and her friends had such a good time and were so moved by the story that they wanted to help out,” Dorch said.

He plans to release the film on DVD next month and hopes the DVD sales will generate enough revenue to compensate for some of the costs of production, but says he did not fund the film to make a profit, rather, he hopes that A Good Day To Be Black & Sexy will circulate his name and help him raise funds for his next film, which, when asked whether he would consider self-funding on the second time around, he replied: “Absolutely not. You only do that once.”

Though Dorch admits he’s “paying for it now,” he would recommend self-funding to other filmmakers in his position. “If you feel you have something, what better thing could you do with your money?” he said. “If I listened to everyone else, I’d still be looking for money now.”

Seth Kramer had more than 14 years of filmmaking experience, with over 10 hours of airtime on PBS when he began trying to raise funds for his documentary, The Linguists. In the past, Kramer was usually funded by foundations that signed on with the knowledge that the film would get exposure as a PBS broadcast. But when it came to raising funds for The Linguists, a film about scientists, David and Greg, as they travel the world to study dying languages, they found the subject matter and lack of a guaranteed audience made it a hard sell for most foundations and grants.

“Nobody is going watch a movie about languages, they told us, it’s just not going to happen,” Kramer said. “It was extremely difficult because nobody thought the film was going to be interesting.”

But, the reactions they got only pushed the crew to try harder, spending money out of their own pockets to travel across the country, talking to groups that had a stake in the issue. “The community of linguists getting behind this was really helpful in raising the money,” he said.

Eventually, they self-funded a trip to Siberia where they shot almost 20 percent of the film, using not more than $10,000. Then they used that footage to put together a reel, which they included as part of a package sent to the National Science Foundation, in hopes of getting a grant.

With the reel they were able to show that the film was more than just a documentary about languages, they demonstrated that they had young, funny and entertaining scientists as guides, which would draw a younger crowd to the film.

Their application for a grant was a success and they received more than $500,000 from the National Science Foundation, even though funding independent documentaries was not something they typically did.

“If they didn’t step up to the plate, we would not have been able to make the movie,” Kramer said. “Nobody would have had the courage to invest in it, sadly. And I’d like to think we’ve proved everybody wrong.”

The Linguists was accepted into the Sundance Film Festival, making it the first National Science Foundation-funded film to be selected for Sundance. And though Kramer says it’s certainly rewarding, he admits it was a long, hard road. “I would recommend, if your mom wants you to be a doctor or lawyer, then do that,” he said.

And, he admits that it’s probably unlikely for first-time filmmakers to get this kind of grant, “It’s different to make these movies and write these grants when you don’t have a track record of getting your work seen,” he said. “I worked for a long time as a freelance producer, where someone else was responsible for raising the money, which gave me a track record to eventually start doing it myself.”

But, he recommends filmmakers just starting out work on creative forms of financing. “You’ve got to look at going many different routes because if you go after one big grant and you don’t get that grant, you’re not going to make your movie,” he said. “Go out there and shoot the first scene that you can use as a reel to raise money. Go to corporations, self finance, use credit cards, ask your aunt Millie, whatever.”

He adds that there is an additional outlet for documentarians through communities that are already involved in the issues their films are dealing with. “You can find people that are supportive of your issue to hit the pavement for you and spread the word about the piece, so it’s a good idea to build community support,” he said.

A national PBS broadcast of The Linguists is planned for Feb. 26, 2009, and Kramer would like to see the film played as part of educational outreach in high schools and universities. He is currently working on a documentary designed for PBS broadcast called New Recruits, about the effort to fight poverty, which he plans to fund through foundations.

Finding funds is not always the most pleasant part of the filmmaking process, but Kramer says that there is a positive side to the struggle. “The struggle to raise money puts you into a position where you constantly have to improve upon your idea,” he said. “If you’re not able to sell people on your idea, maybe there’s a problem with your movie. It can have a real positive impact on your film.”

Learn more about The Lingusits at http://www.thelinguists.com/ and view the trailer for The Linguists here.

Learn more about The Abattoir at: http://www.theabattoirmovie.com/ and view the trailer for The Abattoir here.

View the trailer for A Good Day To Be Black & Sexy here.

One Response to “Money Issues: Funding an Independent Film”