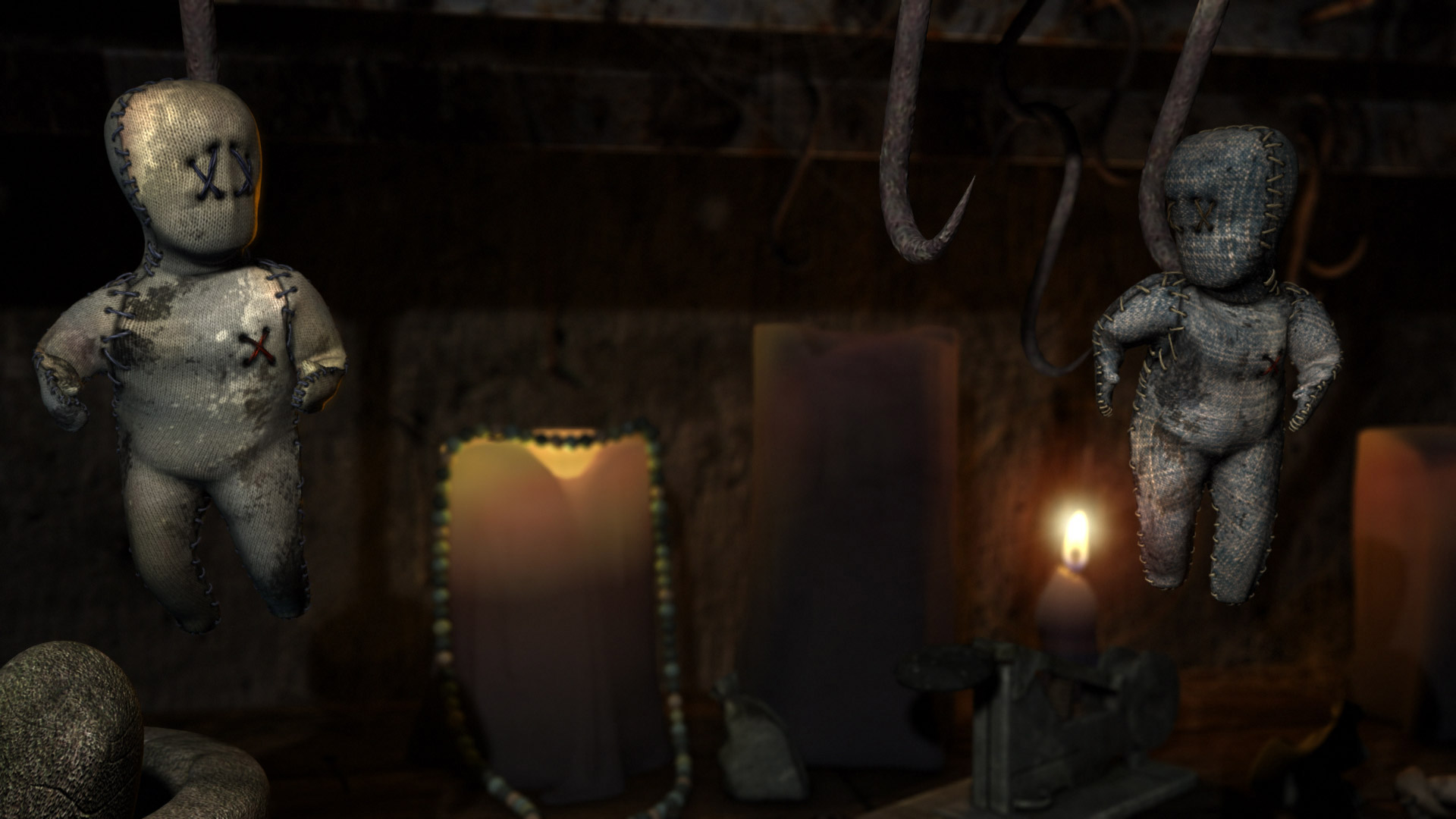 From first-time directors to Fulbright Scholars and Oscar nominees these filmmakers should not be missed in 2009. With a flood of suggestions from peers, film scholars, critics and organizations such as the Sundance Institute and the Alliance of Women Film Journalists, The Independent has compiled a list of “10 filmmakers to watch” with films slated for a 2009 release. These filmmakers were chosen for many reasons, including the strength of work they’ve done in the past, awards, honors and grants received or a first-time talent that shows incredible potential. The list consists of films and filmmakers of all types, including experimental, shorts, animation, documentary and narrative films.

Sarah Friedland got her filmmaking education from a combination of academic study and on-the-set training, working as an editor on films like the award-winning Free to Fly US/Cuba Link and the Emmy-nominated film The Life and Times of Frida Kahlo. Friedland dipped her toe into the directing pool with her experimental film Breath on the Mirror in 2005, which she made under residency at the Musée de Pont-Aven in Pont-Aven, France. Within the next two years, she was awarded three grants from the Paul Newman Foundation, the William Prusoff Foundation and the Jerome Foundation for her documentary Thing With No Name, which follows two HIV positive women in South Africa who sought access to treatment with an antiretroviral drug therapy. The film was selected to screen at several prominent festivals including Woodstock, Los Angeles and the London Independent. Friedland is in the midst of working on her second documentary set for completion in 2009 titled Subprimed, which provides a glimpse into the national foreclosure crisis by exploring a foreclosure epidemic in East New York and the consequences it has on the individual victims and the community as a whole.

2. Christopher Wong for Whatever it Takes

Straying quite a long way from the B.A. in Economics he received from Princeton University, Christopher Wong immersed himself in film by working as a camera operator, editor and production manager on everything from independent features to national commercials. With this feature-length documentary debut, Whatever It Takes, which follows the first-year class of a South Bronx high school under the watch of Principal Edward Tom, an idealistic educator who tries to transform the students into college-bound academics, Wong dives into the challenge of directing and producing his first film. For the film, Wong received funding from the Sundance Institute and the Center for Asian American Media as well as full and exclusive access to the class and their principal. After nearly four years of production, the film is due out in 2009, and Wong has already begun work on a second documentary about television game show enthusiasts.

To learn more about Whatever It Takes and Christoper Wong visit http://www.whateverittakesdoc.com

Patrick Epino has been making experimental short films since he was an undergraduate a the University of Chicago and then went on to get his MFA in Cinema at San Francisco State University where he wrote and directed several short films including Spunk, which found a home with Microcinema’s Blackchair Collection. In 2005 Epino was awarded the Armed with a Camera Grant through Visual Communications and ABC Entertainment. With the grant, he completed his short film Void, which went on to screen internationally and was distributed by Cinequest, Inc. Epino also had the distinction of being an alumus of IFPs Project Involve. He is now on the verge of completing his first feature-length film, Mr. Sadman, which follows a naïve Saddam Hussein body-double in 1990 who makes his way to Los Angeles to start anew, but finds it difficult when the real Hussein invades Kuwait. Due out in 2009, the film was one of three finalists being considered for IFP’s first ever $50,000 finishing grant.

Since graduating with a B.A. in Visual Arts and Anthropology from Brown University, Liz Canner has dived head-first into a series of hard-hitting documentary topics focusing on human rights issues, such as her film The World Bank and the IMF, which takes a critical look at globalization. Throughout her career, Canner has received more than 40 awards, honors and grants, including support from foundations such as The National Endowment for the Arts, The Paul Robeson Fund for Independent Media and the Rockefeller Foundation Next Generation Leadership Fellowship. And, this spring, Canner will become the visionary-in-residence at Dartmouth College. Her latest film, Orgasm Inc.: The Strange Science of Female Pleasures, begins with Canner in a job editing erotic videos for a pharmaceutical company that hopes to develop something like Viagra for women, to treat “Female Sexual Dysfunction” (FSD). The film takes a look at how pharmaceuticals are marketed and explores how this drug company (and others) could be taking advantage of women in exchange for a mighty profit.

5. Gita Pullapilly for The Way We Get By

Gita Pullapilly started her career as a television reporter and a journalist, and from there, found herself being drawn into the world of documentary filmmaking. Staying true to her journalistic roots, Pullapilly travels all over the world producing and directing films that bring to light stories that might not otherwise be told, like India: A New Life, about the homeless children of India who are left to wander the streets and fend for themselves. She recently acted as producer on the Fulbright-funded film Diary of a Refugee and was the first filmmaker chosen as a Fulbright Senior Scholar to Jordan. Most recently, Pullapilly produced The Way We Get By, a film about getting older, told through the eyes of three senior citizens who belong to a group called the Maine Troop Greeters, made famous for greeting nearly one million American troops at a tiny airport in Maine, as they return home from duty. The film is beginning its festival run this spring. Gita was a 2007-2008 WGBH Filmmaker in Residence.

To learn more about The Way We Get By and Gita Pullapilly, visit http://www.thewaywegetbymovie.com/

6. Barry Jenkins for Medicine for Melancholy

Most people move to L.A. to become a filmmaker but, after two years of working at Harpo Films, including taking on the role of director’s assistant for their film adaptation of Their Eyes Were Watching God, Barry Jenkins moved from L.A. to San Francisco, leaving it all behind to pursue his own film career. Jenkins had made a number of short films in the past, including his 2003 short My Josephine, about an Arab couple who work in a laundromat, washing and folding American flags for free. But, after he left Harpo, Jenkins was ready to take on a feature film, which he did with his latest Medicine for Melancholy, which tells the story of two 20-something African-Americans struggling with life as minorities in San Francisco, a city with the smallest proportional black population of any other major American city. Already, Jenkins has received a Gotham Independent Film Award nomination for Breakthrough Director as well as an Independent Spirit Award nomination for Best First Feature. The film will screen throughout early 2009. In March, his film will be shown as part of the first-ever nationwide on-demand festival, created by SXSW and IFC Films, for a premiere through IFC Festival Direct.

To learn more about Medicine for Melancholy and Barry Jenkins, visit http://www.strikeanywherefilms.com/m4m_trailer.html

Before he was even 19 years old, Joaquin Baldwin had a resume that many people may not even have at 30. Baldwin began experimenting with computer graphics at 15, living in Paraguay, and soon found himself working for Chena Ventures, Inc., whose clients were some of the top Hispanic websites. Baldwin specialized in SEO, design and architecture, until he left Paraguay for the U.S., where he studied video and animation at the Columbus College of Art & Design, in Ohio. Still in school, on the way to getting his Master’s degree at UCLA, this 25-year-old animation artist has already won over 30 awards and nominations for his short, animated film Sebastian’s Voodoo, made during his time at the UCLA Animation Workshop. The film, about a voodoo doll that musters up the courage to save his friends from being pinned to death, has been nominated for Animation’s highest honor, the 2008 Annie Awards. Up for the category of Best Animated Short Subject, Sebastian’s Voodoo is going against films backed by big studio names like Giago’s Guest by Walt Disney Animation Studios and Presto by Pixar Animation Studios. Seeing the long list of gorgeous animated films that Baldwin has created thus far, his next film is sure to be another hit.

When Mike Gibisser started his first feature film, Finally, Lillian and Dan he was working at a place most artists find themselves working at, at one point or another: a café. After graduating from Emerson College with two short films under his belt, Gibisser found himself inspired by a young woman who came into the café on her way into work. This led him to the desire to create, what he calls, a lowercase “l” love story, about the inconsequential moments of life and love. Ray Carney, author of Cassavetes on Cassavetes says: “Mike Gibisser is one of the four or five most interesting young filmmakers to come to my attention in the past year or so. His Finally, Lillian and Dan is an absolutely astonishing piece of ultra-low-budget garage filmmaking.” After almost four years of production, Finally, Lillian and Dan is completed and ready for a 2009 release.

To learn more about Finally, Lillian and Dan and Mike Gibisser at http://www.inmanfilms.com

9. Justine Shapiro for Our Summer in Tehran

Justin Shapiro spent the first half of her career in front of the camera, appearing in various film and television roles before hosting the adventure travel series Globe Trekker. Eventually involving herself in behind-the-camera roles, Shapiro landed a job as a producer and co-director of Promises, in 2001, which takes an alternative look at the Israeli/Palestinian conflict through the eyes of Israeli and Palestinian children that are put in touch with each other and followed for three years as they grow apart. Promises was nominated for an Oscar for Best Documentary, Feature, in 2002. This time around Shapiro directs solo in another Middle East-themed documentary, Our Summer in Tehran. At a time of tension between Iran and the U.S., Shapiro and her son visit Tehran where they meet three Iranian families and explore the culture and traditions of the country. Shapiro sets out to show her son that the way people are portrayed in the news, is not always accurate. The film is slated for a Spring 2009 release.

To learn more about Our Summer in Tehran and Justine Shapiro, visit http://oursummerintehran.com/

10. Ali Codina for Monica and David

Part of the Miami film scene, Ali Codina has worked with the Miami International Film Festival as both a program and outreach coordinator and in guest services. In production on her first feature-length documentary, Monica and David, about the marriage of two adults with Down Syndrome and the families that support them, Codina has already been recognized by the Tribeca Film Institute, which chose Codina as one of 32 filmmakers for their Tribeca All Access Connects Program in 2007. She was also one of six filmmakers to receive the I Believe in You grant from Chicken and Egg Productions and was selected as part of the first joint Chicken and Egg/Working Films screening to present her work-in-progress to local environmental activists.

To learn more about Monica and David and Ali Codina, visit http://chickeneggpics.blogspot.com/2008_12_01_archive.html