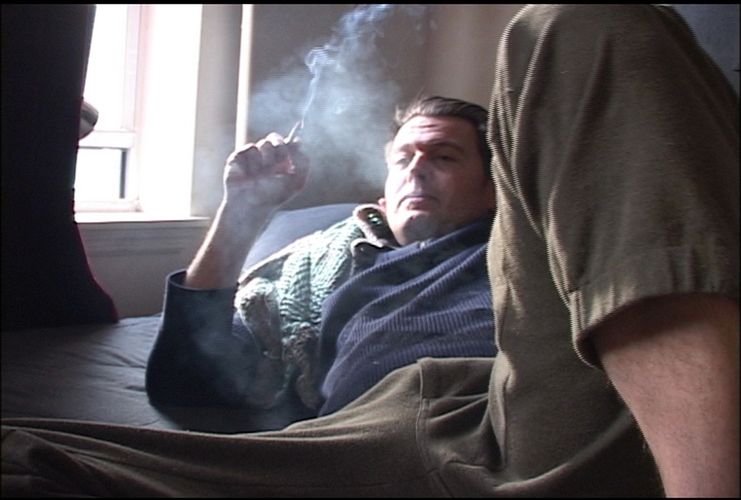 "Rock Bottom: Gay Men & Meth" is a recent release from Outcast, which they hope will revitalize activism on the issue.

Vanessa Domico was tired of seeing too few LGBT films, so she drew on her expertise as a film distributor and founded Outcast Films.

Outcast Films focuses on politically-charged issues like gay marriage and meth addiction, to intimate explorations of sexual identity and self-acceptance. Since its founding in November 2004 and public launch the following February, Outcast has tackled what Domico says are the most pressing issues in the LGBT community and, in the process, picked up the additional goals of public education and personal activism.

Domico talked with the Independent about how Outcast came about, what they represent, and how they stand out from the rest.

How did Outcast Films begin?

While working as the deputy director at another distributor, I saw what I perceived as a gap in LGBT film distribution. I thought I could do it better and I knew I could work with filmmakers in a way that they appreciated and respected.

With four years of experience in film distribution under my belt, not to mention a fairly extensive background in business (30 years and counting) and film production, I thought I would be able to do a better job of individually marketing the films instead of lumping films together as packages, as most distributors do.

What types of films does Outcast distribute? And how do you go about choosing those films?

Outcast Films is a film distribution company dedicated to the fair and equal representation of media made by or about the diverse Lesbian, Gay, Bisexual, Transgender community. We are also educators and activists and want to be a vehicle for voices that may not otherwise be heard.

Outcast Films seeks films that are socially conscious, progressive, and activist driven. Our first acquisition was the critically acclaimed film, Tying the Knot, about gay marriage which, at that time, and unfortunately still is, in the forefront of the news in the US. The next film to come along was Pills, Profits and Protest about global AIDS activism. Because the LGBT community is marginalized by society, it became clear early on that that many films from LGBT filmmakers dealt with activism and social justice so it was a natural organic fit and one that we wanted to pursue.

How does the distribution project work from start to finish?

What is important to understand is that each film is different and therefore we take very different approaches in marketing and distributing each of our acquisitions.

Outcast Films reaches out to thousands of teachers, community leaders, activists, policy makers and breakers, institutions, and individuals. By doing so, we hope to foster critical discussions around social justice issues, as well as providing the public with a resource of cutting edge films and videos created by and impacting the LGBT community.

What do you think distinguishes Outcast Films from other distributors?

We only pick up the very best of LGBT films. Therefore we spend time and money on actually marketing and promoting each film unlike other distributors who will pick up 30-50 films a year and put them in a catalogue. After the catalogue is published, they move on to another 30-50 films a year.

I like to say that Outcast Films is a custom distributor: we work on each film as if it were our own.

How do you think independent film distribution has changed since Outcast was founded? How has the Internet changed distribution for Outcast Films?

I think the biggest change in indie film distribution in the last five years has been the way in which the Internet has opened up possibilities.

They are so many online communities, and focusing on the ones that you feel are pertinent can be nothing more than trial and error. It’s one thing to get the word out — it’s another to translate that into sales.

What is the biggest challenge in reaching such a media-saturated audience?

Very simple: standing out among the slew of media that’s available. But we tend to form partnerships with other organizations that help us get the word out about the film.

How are the filmmakers involved in the distribution of their films?

Unlike some other distributors, we want to work closely with the filmmakers. Generally, filmmakers spend years making their films and so we believe that as experts of their particular film (and subject), filmmakers can only help in achieving the overall goals of our marketing, publicity, and of course sales expectations.

If the filmmakers have the time, we ask that film festivals invite them to their particular festivals to help promote the film. We will waive any rental fee if the festivals do this for us. That really helps keep the buzz going and ultimately, we hope it translates in to sales (which it has been doing so far)!

Filmmakers also provide insight into their particular subject and offer an expertise that, as distributors, we might not possess — although we have become very savvy with many of these issues over time.

Because we consider our relationships with filmmakers as partnerships, we bring them in on all major decisions and marketing plans.

What are some upcoming Outcast films/filmmakers that we should look out for?

By far, our best-selling titles are from acclaimed filmmaker Su Friedrich. We digitally re-mastered her original 16mm negatives and made a collection of 13 films on five DVDs. A pivotal force in the establishment of Queer Cinema, Friedrich’s collection includes her classic works such as Sink or Swim, Hide and Seek and The Ties that Bind.

Also, with recent releases like Rock Bottom: Gay Men we are helping to revitalize the dialogue about addiction among gay men and AIDS treatment activism. In addition, at a time when torture has haltingly become part of the national conversation, and when all Americans need to be thinking seriously about the violence in our systems of punishment and detention, Cruel and Unusual draws emotionally devastating attention to victims of violence who are persecuted for their stubborn visibility within the penal system — but remain invisible to an indifferent world outside.

Our latest acquisition, She’s a Boy I Knew has been screened at nearly 80 festivals worldwide. This thoughtful film is less a detailing of surgeries and more a meditation on family ties — a mapping of the transitions that take place within blood relationships, friendships and love over a time of great personal transformation.

In essence, the LGBT community is literally fighting for our lives. Because film is an incredibly powerful medium, it’s the perfect conduit to affect real positive change — to improve the quality of life for millions of people. Outcast Films wants to be a leader in the fight against discrimination.