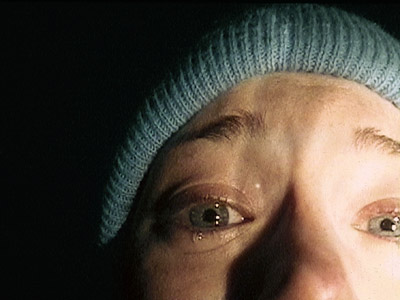 “A good story will find its audience no matter what.”

This is a twin myth, two sides of the same coin. On the one hand, there is the idea that a story can propel itself above and against the forces of the market. Sure, having a good story is essential, but just one part of the equation. The opposite is also a popular belief: no matter the story, a good marketing plan can and will bring glory. Again, marketing is necessary, but can it really sell an empty package? And if yes, for how long and at what expense?

The artistic types, e.g. generally directors and editors, are more likely to embrace the first myth. Producers and industry professionals are more likely to advocate the counter myth, especially when there is no more room for changes in the story. At times, it is also a second stage for a director that has given up on fixing the story, often a sign of creative burnout or financial pressure. More rare but not impossible, this side of the myth is uttered with some jealousy when a film is getting undeserved success and attention – if the film is horrible and is doing well, it must be the marketing!

Together, these myths are the subject of endless speculation at panels, workshops and sleepless hours on directors’ pillows. Both ring equally true, yet they mask the real issue: What does it really take to succeed with a documentary?

The idea of a single person or element overcoming all odds and succeeding is the ultimate human fable – some might call it a hero’s journey. That hero can be a good story emerging triumphant against a pile of festival rejections, or a genius marketing strategy that brings the money in despite a lousy film. The difference between the two myths is who the hero will be, the story or the marketing.

In both cases, it is an abstraction that soothes us – if this one thing works, everything else will be fine. Such a handy solution for a complex random universe. Consequently, the origin of these myths is rooted in our intellectual construct of how we perceive the world at work. Of course, the world and filmmaking is never about one single element, but the confluence of several factors. Namely…

Good storytelling and good marketing are indeed very necessary parts of the communication process – that is, if we can consider art and storytelling communication. They can be placed in the same semiotic diagram: sender/message/receiver, i.e. filmmaker, film, audience. And will add: code, channel, etc. Those are in our case, genre/format, venue, etc. Together they form the communication experience or the Filmmaking experience – capital F to go beyond production and include the industry and audience around and behind it. Therefore the myths are simply emphasizing one part over the other of this communication diagram, rather than working with all elements in unison.

Good things happen to bad films (and filmmakers) and vice versa. There are plenty of examples of questionable quality films that enjoyed financial and critical success – more likely one or the other rather than both. The opposite is true too, a little story gets seen by millions due to some unknown serendipitous factors, and to the astonishment of the filmmaker who hasn’t even gotten around to printing business cards. However, why leave the important things of life and filmmaking to fate? Or worse, why invest in one single aspect of a film’s success while working harmoniously with all elements takes the same amount of effort and skill?

Good storytelling is achieved with a strong message and code (i.e. content, genre, overall film manufacturing). Betting on good marketing alone, because of creative burnout, is never a good idea — even when it works. The regrets, or worse, the impostor syndrome, will eventually haunt the filmmaker.

All the elements of communication add up to the marketing of a film, while also taking into account all other films being marketed, simultaneously. Therefore success happens more harmoniously and without stress when you, the filmmaker and team, can work with all parts in unison and with equal ease.

Using some approximate and very intuitive percentages, a good solid story contributes approximately 25 percent to a positive outcome. The filmmaker’s personality and tenacity — and talent if one believes in that — is another 25 percent. That’s good news — 50 percent is in the filmmaker’s hands.

Reaching out to audiences, understanding how to navigate the venues, and knowing how other films are playing the field conform together maybe another 30 percent. That means there is another 20 percent left to those issues in the larger society that mark a trend, favoring certain topics over others, mainly due to mass media. All these factors may look like they’re impossible to control, but a savvy cruiser of the business knows how to work around them: the famous “spin.”

So, the best strategy is to think globally and with equanimity. A successful film is the result of a concerted effort among many people and compounding skills. Next time you wonder why that bad film got such a good rep, rather than advocate a debilitating myth, sigh first and then think that if it happened to them, you can make it happen for you too.

Maybe in our consumerist society we’re doomed to vouch for empty packaging with fancy ribbons. And while the rebels oppose, proclaiming art elevates us above petty marketing, the cynics will laugh at both ideas equally hard.

May all filmmakers use their films for thoroughly healthy communication.

Other information: The Doc will be giving her structure and trailer workshops in New York in May. More details soon at www.documentarydoctor.com

One Response to “Doc Doctor’s Story Strategies: Story versus Marketing”