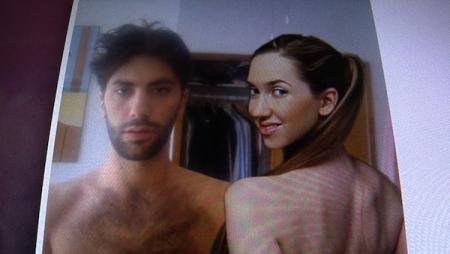 "Catfish" premiered at Sundance in 2010 and opens in theaters September 17th.

You might want to refresh your memory of Marc Ecko’s 2007 fabulously successful lnternet stunt—the spray-painting of what seems to be
Air Force One on a dark night at what most accepted as Andrews Air Force Base. This colossal hoax, created by Ecko’s ad agency Droga 5 and personally supervised by the designer/entrepreneur and former tagger, garnered 115 million YouTube visitors, free coverage on 17,000 news outlets, and three Pentagon denials that the President’s plane had in any way been compromised or even touched.

Unlike Ridley Scott’s 1984 teaser spot on the ’84 Super Bowl, Echo’s commercial spread virally. It was believed because—well, because its poor lighting, jerky camera pans and erratic editing, framing a stealth guerilla team scaling a wire fence and spray-painting STILL FREE on the plane’s underbelly, felt real. Its medium, YouTube, invented and celebrates precisely such production values. Echo’s award-winning spot was honored by the Association of Independent Commercial Producers in 2007. People marveled that a tricked-out and repainted commercial 747 in a deserted airline hanger in San Bernardino could be mistaken for the nation’s most closely guarded aircraft, but it demonstrated how successful advertising no longer has to fool all of the people all of the time—just once can be plenty in an online world.

Something of that sensibility infuses Catfish, the first motion picture to investigate how 500 million Facebook users (and counting) embrace the concept of friending and its possible deceptions. The filmmakers—Ariel and Nev Schulman, and Henry Joost—are NYC photographers (Ariel is a 2004 graduate of NYU’s Tisch film program) and documentary filmmakers who turn a journey filled with lies and betrayals into a curiously touching portrait of loneliness and survival. The picture has engendered a storm of critical controversy in the facts vs. possible fictionalization issues, but make no mistake: While most of Catfish appears to be a lie, it’s a winning lie by a winning liar. The character in question is related to an 8-year-old in Michigan who paints portraits of photos taken by the NYC photojournalist and mails them to him, starting a Facebook correspondence that widens to include 1,500 messages and encompasses a variety of individuals in and around the family.

You’ve seen a character like this before, in a very different context—George Clooney as Michael Clayton. Clayton was the corporate fixer whose mantra of The-Truth-Can-Be-Adjusted not only anchored all the dramatic events of the movie, but became the picture’s tagline on its ads and one-sheets, printed over Clooney’s endlessly likeable face. Catfish is a cagey, slippery wisp of a movie that manages to transcend whatever issues of fact vs. fiction its critics are carping about. It’s unlikely to be disliked or dismissed by anyone with a Facebook account, and many may weep through its final minutes because its key figure is so beset by a string of bad choices, worse luck, family traumas and other hurtful calamities, that forgiveness is earned and, perhaps, freely given by a viewer.

This is worlds apart from, say, We Live In Public, the closing night selection in 2009 at New Directors/New Films. That film dug deep into the life of Joshua Harris, “the greatest Internet pioneer you’ve never heard of.” Yale grad Ondi Timoner’s exhaustive doc of Harris detailed his invention of an Internet channel, a Prodigy-linked chat room, a Soho warehouse with no walls and sleeping pods covered by cameras 24/7, plus Harris’s six-month experiment living with a girlfriend and their scruffy days and nights on and at each other. Harris was a content creator, just like the protagonist of Catfish who is praised by one character as like a catfish, “because we’d be droll, boring and dull if we didn’t have someone nipping at our fur.” Harris nipped at everyone’s fur in We Live In Public and we couldn’t wait to get home, take a shower and wash away this ugly-as-sin voyeur. The catfish discovered in the film by the Schulman brothers and Joost only wants a friend.

Catfish is similar to We Live In Public in one crucial area, which relates to the invasion of privacy. In Joshua Harris’s world, privacy no longer exists and all activity is public domain; Harris wants you to share every second of his scattered life. In Catfish the filmmaker and initial correspondent with the child decides to track down and visit one of the child’s grown relatives—from her posted pictures she’s an attractive woman with whom the filmmaker has traded increasingly intimate emails. The illusion never matches the reality, which was Harris’s downfall but is really the starting point of the jarring truths of the stronger and more memorable Catfish. What happens in Catfish is a cautionary tale of what happens when the thin line of privacy that protects our online relationships is stripped away to reveal an untrustworthy narrator.

And how will Facebook’s founder, Mark Zuckerberg, fare in The Social Network? Will he be played as a media titan, much as Orson Welles did Kane? As a movie Citizen Kane initially died at the box office because most people wouldn’t pay to see a radio company (Orson Welles’s Mercury Theatre players) they could hear at home on radio for free. (Citizen Kane was very nearly not released at all when the media tycoon William Randolph Hearst saw his childhood sled, named Rosebud in the movie, was in real life his pet name for the most private body part of his mistress, silent screen actress Marion Davies. Hearst was furious and offered to buy up the negative and prints for $650,000, RKO’s cost of the film. RKO thought about this but decided to release the picture. Talk about invasions of privacy!) In its way, that’s the perplexing launch issue for The Social Network as well as Catfish. Even if Zuckerberg is viewed as our ultimate friend, will we go out to a theater to watch him portrayed up on the big screen? Do we care about the creators of all this stuff, from media tycoons in the 20s and 30s to the Zuckerbergs of today? Maybe The Social Network will ultimately end up finding its real audience as a video on demand, maybe on Facebook.

Like advertising, or Mad Men with its double-edged original slogan “Where The Truth Lies,” or like Michael Clayton adjusting the truth to fit the needs of his clients, Facebook lets us tinker with the truths and lies of our lives, forever adjusting how we want the world to see and know and judge us. When you’re a Catfish, you need all the help you can get, and Facebook lets you put up the life you’ve always imagined yourself living. If that life includes a Mark Ecko tee, who knows? You might even end up living Still Free.